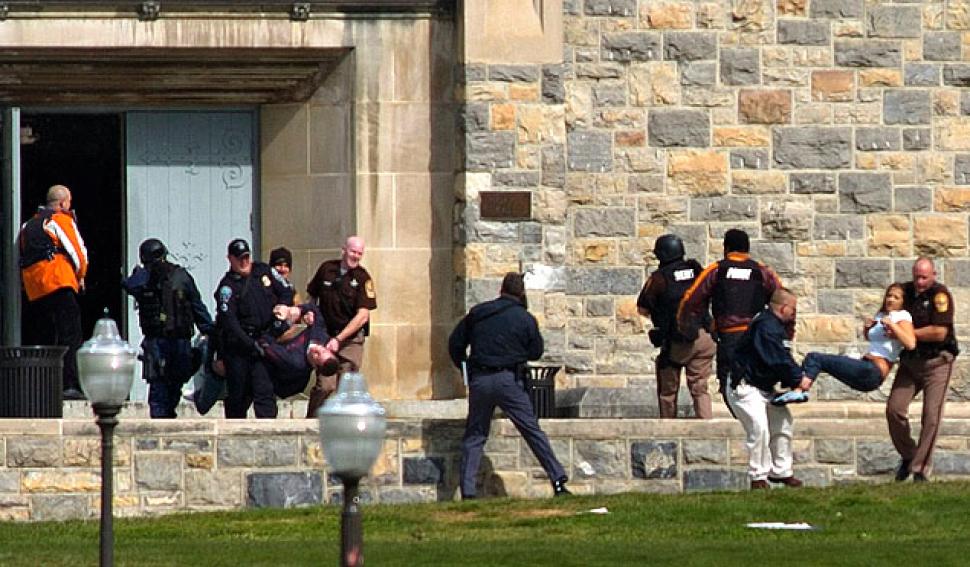 A deranged student shot nearly sixty people on the Virginia Tech campus in April 2007, killing twenty-eight students and four teachers before shooting himself. Sane enough to plan his crime carefully, student Cho Seung-Hui killed two students at a campus dormitory around 7:30 AM, then disappeared. Two hours later he chained the doors of a building shut and methodically shot his victims – some three or more times.

Since those events, people all over the nation have been asking questions and looking for answers: When did the warning signs appear? Why did this tragedy happen? What could have been done to prevent it? Who failed? How did a disturbed young man slip through our mental health system?

During the week of that horrible violence I read these comments by Camille Paglia, a teacher of poetry and musical lyrics at the Philadelphia University of the Arts:

“… I have a class on song lyrics, and I was presenting the Negro spiritual ‘Go Down, Moses.’ I was talking about how it’s a coded message of liberation, a way for slaves to make political statements without being recognized. I suddenly realized to my absolute horror that so many of these students had no idea who Moses was! In this class of 30, not one white person, only African-Americans, understood the Biblical references. The only people I’m getting at my school who recognize the Bible are African-Americans. And the lower the social class of the white person, the more likely they are to recognize the Bible. Lots of these white students, if they go to church, it’s all feel good social activism. There’s no preaching…. The Bible is one of the West’s foundational texts, and they don’t know it anymore!” 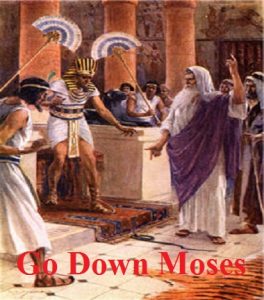 Who was that Dude?

In the context of those crimes and the plaintive questions that followed, Miss Paglia’s words flare up like a match struck in a dark place. It’s an answer hidden in plain view. This crime didn’t happen because we had too many guns, or too few gun laws, or inadequate mental-health care procedures – or because officials didn’t “lock down” the 2600-acre Tech campus after the first shootings. It happened because an angry young man was consumed by evil.

People who might have put Cho away where he could not harm himself or others saw something troubling, but they didn’t recognize it as (or dare call it) evil. Indeed, many people – including disturbing numbers of Christians – don’t believe in literal evil. People who do bad things have made “mistakes,” or have been mistreated or misunderstood. But not evil – surely not that.

One reason we don’t believe in evil (and therefore can’t recognize it) is that too many of us either don’t know the Bible (as Miss Paglia observes) or don’t buy what it says. An oh-so-modern colleague once asked me, “Why should we base our modern legal and ethical systems on the words in some old book?”

Reports about Cho’s psychosis were “confidential,” of course. They could not even be revealed to his parents, let alone to a university community which had a legitimate right to know that a potentially homicidal psychotic was in their midst. Had Cho actually detailed his plan of attack in a poem or a play, would the university have finally bestirred itself to action? (You tell me.)

When Cho’s “bomb” finally went off, police officials found two persons shot dead in a campus dormitory, but no killer. Investigators decided that it was just an isolated “domestic” incident, and announced that the killer had apparently left the campus and perhaps the state. (Possibly the country, for that matter.) I don’t mean to joke about something this serious, but what kind of fool makes assumptions like this when no one has any idea what is going on? It’s reminiscent of the “white-van/crazed-white-loner” profile fashioned during the DC-area sniper spree in the fall of 2002. Profile-experts misdirected the police for days, while two non-crazed black assassins drove around in a nondescript sedan and shot several more people.

Virginia Tech officials finally sent a warning e-mail out on the school’s network, two hours after the first murders – by which time Cho had re-entered the campus, chained the doors of a building, and started shooting dozens of trapped victims. University officials defended their decision not to “lock down” the campus after the dormitory killings were discovered.

Of course, this made some sense. How can a 2600-acre rural campus be locked down? But is e-mail the best we can do? Why was there no campus-wide loudspeaker system for emergencies? Why no siren or bell to warn students to reach pre-assigned, guarded places? For that matter, why didn’t state police flood the campus at once, seeking an armed killer whose whereabouts were still unknown? Obviously, wisdom was elbowed aside by officialdom’s strong desire to maintain that all was well. But all was not well.

Some people in the Virginia Tech community area might have had the wisdom to prevent or stop some of what happened. No doubt they have shed many tears of grief and frustration because their counsel was ignored, or because they were not summoned in time to stop the second round of shootings, or because arcane “privacy” concerns prevented timely disclosure of Cho’s danger-signs to authorities who might have taken preventive action. Wisdom has no value if foolish people (or mindless bureaucracies) block its application.

When I was a boy, my teachers taught me that the great thing to take away from a bad event is learning. Grief, closure, and a determination to continue on with life all have their roles after a tragedy. But if you can learn, you can gain understanding. And understanding, says the Bible, produces wisdom. (Teachers actually spoke in such ways not very long ago.)

We can learn from this horrible event, but we need to be discerning about what the lessons are. Some opportunistic politicians would have us believe that guns are the lesson. Guns are the problem. Guns are bad. Guns shouldn’t exist. If there were no guns, we wouldn’t have crime. We must limit access to guns. Perhaps we should outlaw guns entirely.

Of course, this is rubbish – no more useful than proposals to abolish cars because they can cause loss of life, injury and damage.  There is not the slightest possibility of eliminating guns or keeping “the wrong people” from getting them. Weapons are far too ubiquitous, and the country far too large, for abolition or significant restriction to work. Repeated studies have shown that restricting legal access to weapons ensures that only criminals have them. But wherever legal access to weapons increases, crimes always decrease.

So why did this terrible crime happen in Virginia? It is already a “must-issue” state – meaning that the state must issue a concealed-carry permit to any (non-felon) adult of sound mind who requests one. Beyond the inability to recognize evil, Virginia Tech’s problem is that it forbids bringing otherwise legal weapons onto its campus. Not long before the shooting, liberal delegates in the Virginia General Assembly had blocked legislation that would have overturned that prohibition and allowed permit-holding faculty, staff and students to be armed on the campus. Virginia Tech spokesman Larry Hincker celebrated the proposed law’s defeat by proudly announcing: “I’m sure the university community is appreciative of the General Assembly’s actions because this will help parents, students, faculty and visitors feel safe on our campus.”

One wonders how “safe” they all felt after the shooting. Cho easily brought weapons onto the campus and hid them in his room, but no one of good intent was armed. Had the rejected law been in place, an armed student or teacher might have intervened before Cho completed his grisly task. Two students did exactly that at Appalachian College in Grundy, VA, in 2002. Upon hearing shots, they ran to their cars for weapons, then returned to subdue a student who had shot three people to death and wounded three others. (Most news organs failed to mention that the students who “stopped” the killer were armed.)

And speaking of wisdom – widely publishing photos and videos the killer sent to NBC shows a conspicuous lack of it. Affording notoriety to a disturbed young man who caused such grief and damage shows a terrible lack of proportion by network executives. Their slavish pursuit of ratings is disgusting. Except for Professor Liviu Librescu – the WWII holocaust survivor who died helping students escape during the shootings – I can’t recall a single victim’s name. But we all know Cho’s name. He got the “fame” he wanted. This only inspires other twisted minds to take similar action.

Wisdom can be derived from many aspects of this terrible incident. But can we learn enough to obtain it? Most of all, will Americans blow the dust off the “old book” and start internalizing its teachings once again? I pray that it will be so.

“The heart is deceitful above all things and desperately wicked. Who can know it?” (Jeremiah 17:9) 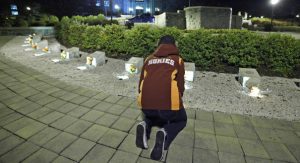