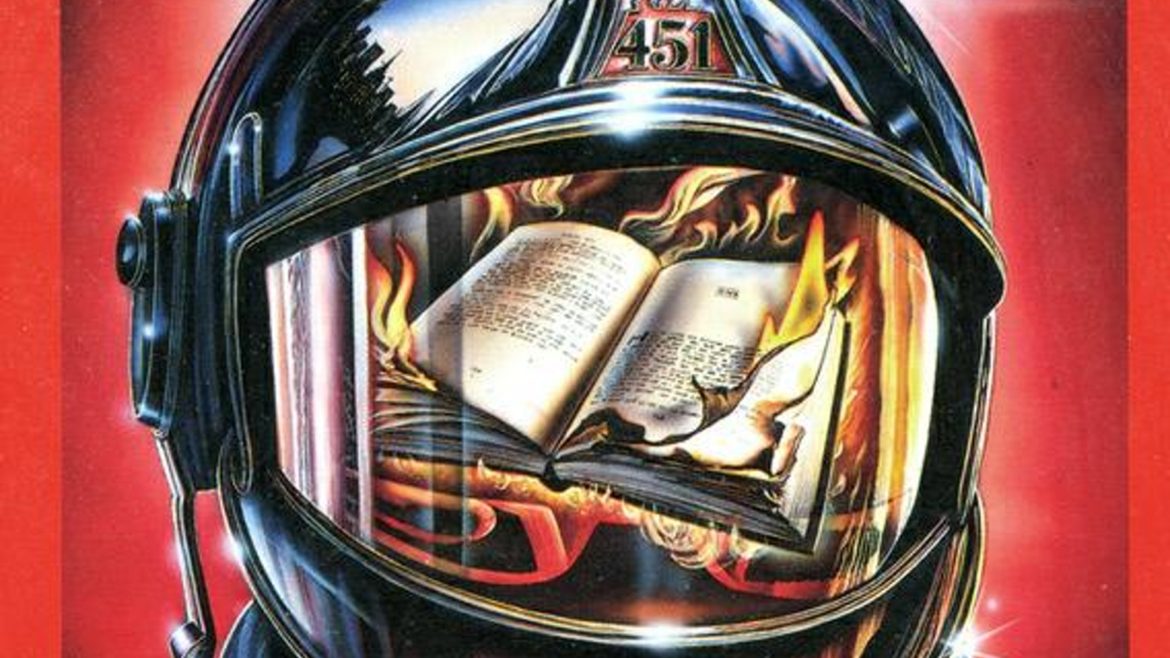 It’s been many years since I read “Fahrenheit 451”, a science fiction novel by Ray Bradbury.  I thought a re-read was appropriate and I was near a bookstore, – so I went in to purchase a copy.  I went to the SY-FI section, and there were no books by Bradbury. I asked the store clerk if the book was in a different section.  His response was “We don’t carry those kinds of books”. This confused me because “Fahrenheit 451” is a classic.

The local library was nearby, so I thanked the clerk and journeyed to the library.  I went to the science fiction section, and again nothing by Ray Bradbury. I told the librarian what I was interested in assuming that the Bradbury books were out on loan.  But no, the Bradbury books had been banned as hate speech, especially “Fahrenheit 451”.  Apparently, this book was deemed conspiratorial, anti-government, and anti-firepersons.

I figured this was utterly silly.  I could just buy it off the internet.  So, I “googled” “Fahrenheit 451”. Up comes various references to the temperature at which paper burns.  Nothing on a book by that name. I type in Bradbury and again nothing. By this time, I am beginning to think that I had lost my mind.  I know there is such a book and such an author.

My next stop was Amazon.  Fortunately, they admitted that the book existed but they no longer sold Bradbury products.  There was some type of nebulous ban because of a violation of terms of service. E-Bay was no better.  They didn’t even have a used copy for sale.

I am a bit slow but by this time I can see the situation.  “Fahrenheit 451” is a book banned by both corporate and governmental interests because it puts an uncomfortable, even dangerous, spin on acceptable ideas and issues.  After all, as I remember it, the book brands the government as totalitarian and socialist. The firepersons, rather than putting out fires, start them. In the end, abnormal people resort to memorizing the entire book and passing along its message to millennials, thus damaging the psyche of still impressionable juveniles.  (Obviously, censorship is needed to protect the public from these hateful ideas.)

The founders of America realized from the start of the Republic that the worst of ideas needed protection and that the best of ideas needed none.  There was no such thing as hate speech, only freedom of speech. It was expected that a free American citizen could distinguish the merits of particular speech – and it was best the government make no law regarding freedom of speech.  (Of course, politicians being politicians, hate speech laws were passed under the guise that some types of hate speech were just too awful.)

Interestingly, there is an attempt to repeal hate speech laws in Italy.  The reasoning is that hate speech laws are a tool of the global socialists to shutdown individual freedoms and national interests.  (I had not considered this possibility, but after my experiences with “Fahrenheit 451” I was forced to reconsider.)

We now have the UK government’s imprisonment of Tommy Robinson and the outright corporate censorship of Alex Jones.  The Robinson imprisonment was based on hate speech against Islam. The Jones ban from Facebook, YouTube, and other social media sites is based on his advocating for conspiracies and absurd explanations of events.

I resent censorship by government and corporations.  In the past, monopolies have been broken up because they overly dominated their market.  (Standard Oil and Bell Telephone come to mind.) The various internet social media corporations constitute a monopoly that is primarily anti-conservative, anti-Republican, and anti-Trump supporter.  They shut down voices that they do not like, and promote ideas that they do like. They do this with little logical explanation or rationale. A reasonable person knows that these social media giants have become political weapons advocating in the interest of globalist ideas.  They can no longer be trusted with the American public interest.