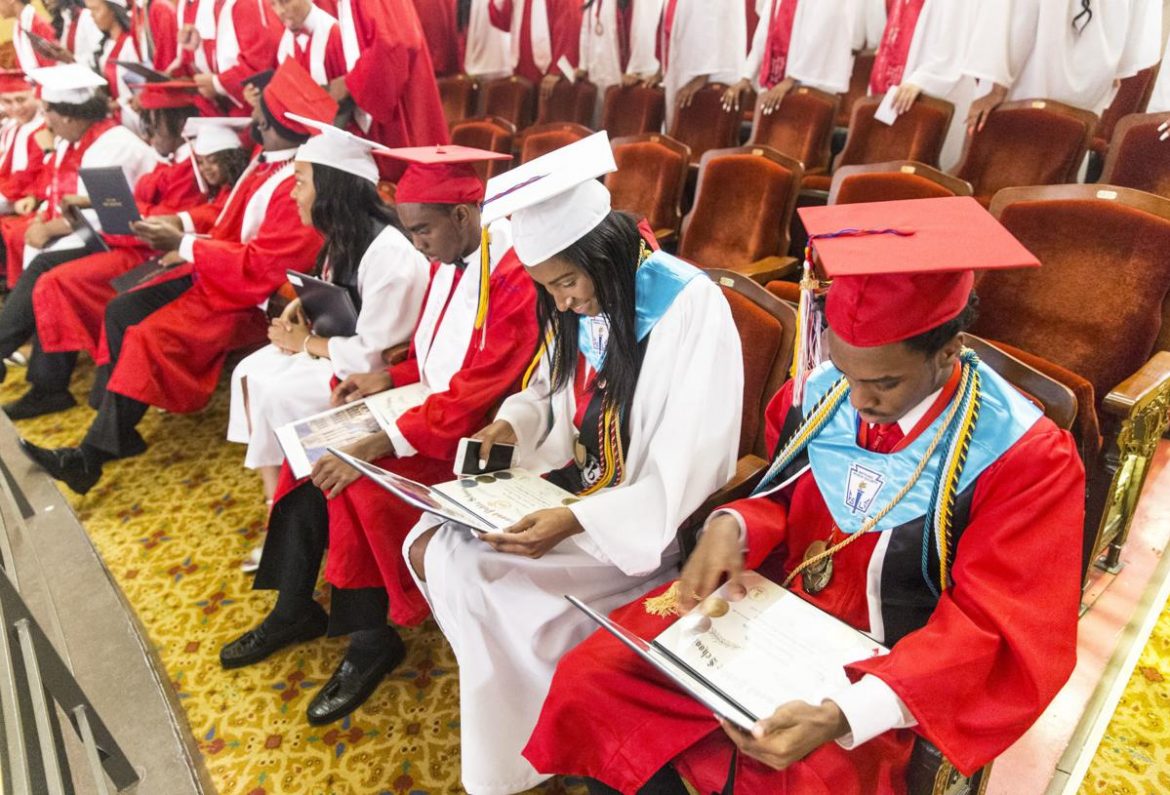 The Richmond Public School System is in crisis, roiled by two independent audits and the publication of new state data showing that the administration is hobbled by rampant inefficiency, there are deep and pervasive achievement gaps between white students and black and Hispanic students, and the high school dropout rate is the highest in Virginia.

The sense of urgency is welcome. The school system has been failing its students for many years. But the major players — school board members and school administrators — seem to be drawing the wrong conclusions. Judging from news accounts, educational power brokers are doubling down on their commitment to “restorative,” or therapeutic, disciplinary policies designed to reduce “inequities.”

From flawed assumptions flow flawed policy prescriptions. These policies, I predict, will backfire. The restorative justice approach to school discipline will make the racial gap worse by disrupting the education of minority students who come to school motivated to learn.

Captive to progressive dogma, Richmond public school officials are blind to the nature of the problem. That dogma was captured perfectly in a quote from the new school superintendent Jason Kamras, who said: “There’s nothing wrong with the kids in RPS. We, the adults who are charged with caring for them, have not done right by them for too many years.”

It’s true enough that the adults have failed spectacularly. As documented by one of the audits Kamras commissioned, the administration is riddled with inefficiency. Employees aren’t fulfilling basic tasks, for instance, such as building inspections, contributing to the disgraceful deterioration of the city’s aging school buildings. Richmond allocates significantly more per student on operational expenditures than neighboring Henrico and Chesterfield Counties — $10,973 in 2014 compared to $8,879 and $8,958 respectively — yet its physical plant often is in atrocious condition.

Unfortunately, there is plenty wrong with the kids, too. A large percentage come from economically disadvantaged backgrounds, and many are categorized as having learning disabilities. Describing the students as “economically disadvantaged” really doesn’t tell the whole story. Most “economically disadvantaged” kids also are socially disadvantaged. The problem isn’t material poverty, it’s social breakdown. The kids live in single-mother households; many if not most have absentee fathers. Many are subject to child abuse and neglect, often at the hands of live-in boyfriends. Their domestic lives often are chaotic. They receive little educational guidance or encouragement at home. Tragically, these dismal realities affect students’ success at school.

But look how the social-breakdown problem, when viewed through the social-justice paradigm, is translated into a racial issue (and here I quote the Richmond Times-Dispatch’s summary of an audit performed by The Education Trust):

The audits found major inequities in the district’s academics, ranging from suspension rates that disproportionately affect students of color to white students having better access to advanced courses….

The Education Trust’s report, which focused on academic equity, found that nearly 1 in 6 students were suspended out of school at least once in 2017 and 1 in 5 students were chronically absent. The report also found that elementary and middle schools with a population that skews white are much more likely to have students enrolled in gifted education programs and algebra in eighth grade, which have been shown to better prepare students for college and careers.

What’s the answer? Round up truant kids and get them back into school. Change policies to reduce the number of suspensions and other disciplinary actions. Get teachers to engage with problem students rather than expel them from the classroom. Judging by a Michael Paul Williams column in the Times-Dispatch, the RPS administration is doubling down on restorative justice in the expectation of reducing the inequities. Writes Williams:

Kamras, to his credit, appears focused on attacking those inequities. The hiring of Ram Bhagat to implement restorative justice practices and to develop a trauma-informed approach to education was inspired. Bhagat, a retired RPS teacher with substantial community capital, is the district’s manager of School Climate and Culture Strategy.

The power of ideology to blind people to reality is on full display in the Richmond public schools. Let’s start with the obvious: the fact that one in five Richmond students was chronically absent in 2016-17. The “inequities” decried by The Education Trust and school officials stems from that fact. Clearly, a high percentage of Richmond students — almost all of whom come from “economically” disadvantaged backgrounds — are not committed to advancing their education. Rounding up these kids and getting them back into school does not improve their motivation. Most of these students have already fallen far behind their classmates academically. They find class either boring, frustrating or threatening because, in many cases, they can’t keep up with what’s going on. Thus, they “act out.” Teachers spend more time focused on the problem students and less time with students wanting to learn.

By contrast, most white kids in Richmond public schools come from affluent families that place an emphasis on education. Parents have the wherewithal to invest considerable time at home reading to their children, teaching the alphabet, helping them with homework when they’re younger, and leaning on them do their homework when they’re older. Needless to say, chronically absent students aren’t attending the advanced classes, so white students are largely insulated from the consequences of politically correct policies that undermine order.

Here’s the real tragedy: There are thousands of black kids whose families value education and who expend great effort — often in the face of greater social obstacles than their white peers — to learn. Last year 80% of Richmond students were not chronically absent. Roughly half of Richmond’s black students passed their reading and math SOL assessments. One in twenty earned assessment scores that ranked them as advanced. I submit that very few of these black achievers are among those who skip school, skip class, and disrupt teachers when they are in class. To the contrary, these are the students who are cheated by the erosion of order in schools and classrooms. These are the ones who receive fewer hours of instruction every week while teachers are distracted by troublemakers. But no one speaks for them.

What can we expect as the flailing leadership of Richmond Public Schools doubles down on restorative justice? More disruptive students in classrooms. More distracted teachers. More demoralized teachers, who quit or transfer out of inner-city schools. More students short-changed of a full education. A continued erosion of student assessment scores. And more anguished hand-wringing by educators committed to the social justice paradigm whose policy prescriptions continue to fail.

James Bacon is the publisher of Baconsrebillion.com