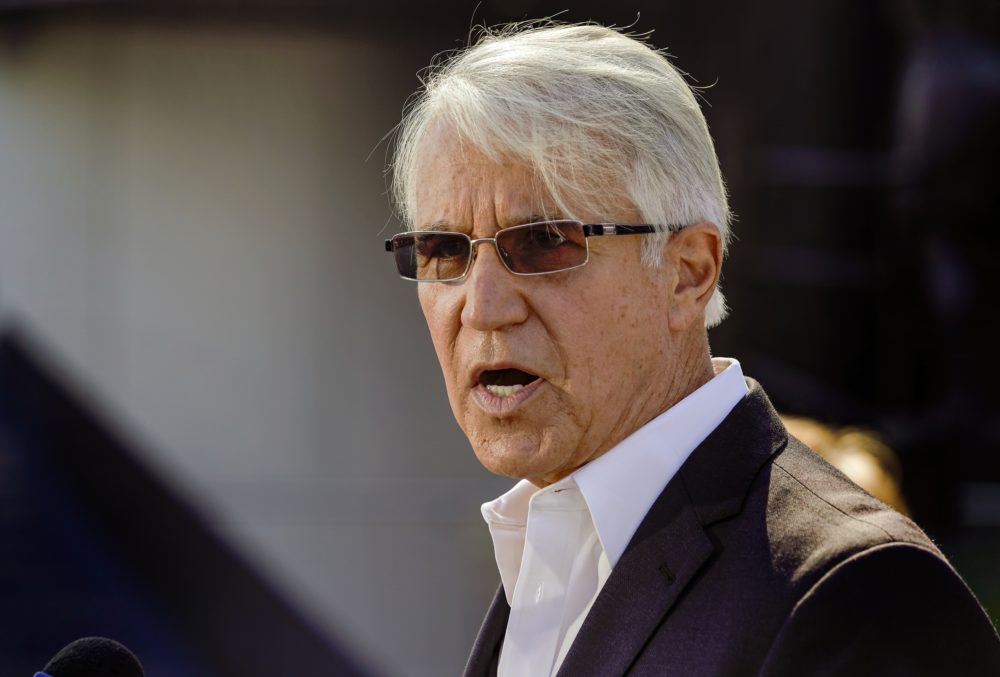 Punishment should fit the crime, not ignore things that make a crime worse or more serious. Criminals’ punishment should be proportional to their offense, according to Supreme Court rulings.

He is refusing to seek the sentence enhancements required by California law, and is ordering prosecutors not to seek them. So serial killers who torture their victim to death will be eligible for parole, rather than getting life without parole or the death penalty.

The district attorney says that he won’t enforce the sentencing enhancements mandated by state law because they are “racist.”  NBC news reports:

LA County District Attorney George Gascon said Tuesday no exceptions would be made to his new rule that bans prosecutors from filing sentencing enhancements in criminal cases, no matter how terrible the crime.

Gascon said people will still be prosecuted for the underlying crimes, but those convicted would likely serve far less time in prison once the enhancements that can add years for things like prior convictions…or the use of guns, are dismissed.

â€œTo believe for a moment that we are going to fix all of the social problems by putting people in a concrete box, is so wrong,â€ he said.

Gascon’s office is now opposing sentence enhancements in cases of unusually cruel murders such as one where “two men” were “burned to death in a deliberately-set fire at a recording studio,” and for a killer who repeatedly murdered police officers.

Sentencing enhancements seek to ensure that more serious offenders and those with more extensive prior records receive more severe punishment. That is in keeping with the justice system’s goal of proportionality and non-discrimination between similarly-culpable offenders. Giving serious or repeat offenders the same sentence as first-time offenders or those who commit borderline violations is wrong and unfair. As the Supreme Court explained in 1971, “the grossest discrimination” can result from “treating things that are different as though they were exactly alike.”

The district attorney believes that sentencing enhancements are racist because offenders are disproportionately black and Hispanic. But the Supreme Court has rejected the argument that racial differences in punishment rates show racism, noting that they in fact reflect racial differences in the crime rate, which is far higher among blacks. For example, the Supreme Court ruled that statistics showing a higher black arrest rate for many crimes did not show racial discrimination, in United States v. Armstrong (1996). As the Justices explained, it is wrong to assume “that people of all races commit all types of crimes” at the same rate, since that presumption is â€œcontradicted byâ€ reality.

Moreover, being soft on violent criminals will harm minorities most, because half of all murder victims in recent years have been black. Being soft on violent minority offenders harms law-abiding minority people, who are the target of most minority criminals: as PolitiFact has noted, between 2010 and 2013, â€œ92 percent of blacks who were murdered were killed by other blacks.â€

GascÃ³n is specifically targeting for elimination the sentencing enhancements approved by California voters in Proposition 8. That ballot initiative increased penalties for repeat offenders who commit willful homicide, forcible rape, robbery, and aggravated assault with a firearm.

In one case, a baby sitter is accused of beating a 6-month-old girl with a blunt object, shattering the baby’s skull and causing severe brain damage. The girl, now 3-years-old, is blind and forced to eat through a feeding tube. [A lawyer] says under Gascon’s new directives, the baby sitter can no longer be charged with a great bodily injury enhancement which could have sent the woman to prison for up to 10 years. “Once the great bodily injury allegation is stricken, that person qualifies for probation….That means they get to go out and walk amongst the streets and potentially harm another child.”

GascÃ³n’s office will also seek the resentencing of countless inmates convicted long ago of serious crimes, who are serving enhanced sentences. “GascÃ³n estimated such a move could affect at least 20,000 cases,” according to ABC News.

[…] without parole in even the worst murder cases involving torture or serial killers. He says that heÂ won’tÂ enforce sentencing enhancements mandated by state law for such cases, because that would be […]

[…] parole in even the worst murder cases involving torture or serial killers. He says that he won’t enforce sentencing enhancements mandated by state law for such cases, because that would be […]

[…] without parole in even the worst murder cases involving torture or serial killers. He says that he won’t enforce sentencing enhancements mandated by state law for such cases, because that would be […]