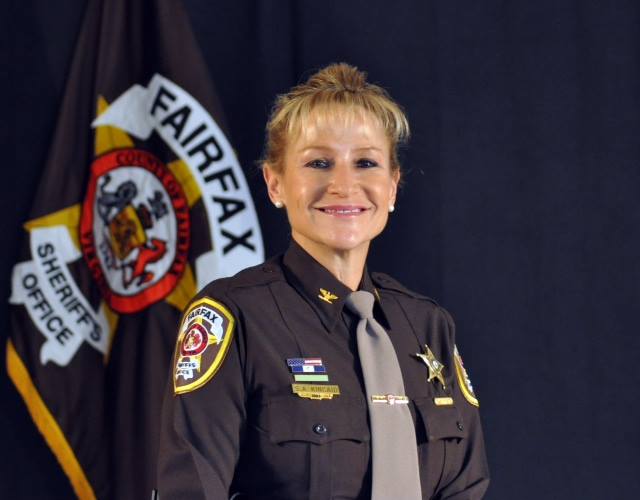 We Fairfax County residents host a variety of immigrants in our county.  Some are legal immigrants, who wait in line for many years hoping to become American citizens.  Others cross our country’s borders illegally, but may be given sanctuary when they reach Fairfax County.  These illegal arrivals may be children without parents or designated guardians. They may be members of criminal gangs, such as the storied MS-13.

As a Fairfax County resident, I wanted to know more about the criminal gang element arriving in our county, particularly who were arrested and incarcerated in the Adult Detention Center under the supervision of Sheriff Stacey Kincaid.  And so I contacted the Sheriff’s office six months ago to inquire about the number of MS-13 and other gang members in custody. Thus began a bizarre conversation.

Initially, I asked the Sheriff’s office the following questions:

In what form do you keep the following statistics on MS-13 gang members?

To each one of these questions I received the same answer:

Response: No report exists that is responsive to your request. The Sheriff’s Office is not required to create a record or produce records from an electronic database in a format not regularly used by the Office. See Virginia Code Section 2.2-3704(G).

What ensued was a tortured back-and-forth with the Sheriff’s office, summarized in this way:

Imagine! Fairfax County law enforcement – hailed as among the most sophisticated in the country —  cannot keep track of what happens to incarcerated gang members unless a taxpaying resident makes a FOIA inquiry (at his/her expense) so that a member of the Sheriff’s staff can “research” what happened to the gang member.

Are you buying this?  If so, I’ve got a bridge across the Potomac to sell you.  If not, demand that Sheriff Kincaid hold a public forum to answer questions about gangs in our midst!

But Sheriff Kincaid can’t (or won’t) disclose information about those gang members unless I, a Fairfax County taxpaying resident, pay for a member of her staff to research the answers?