Bluevirginia.us is reporting the results of a straw poll taken at Congressman Connelly’s annual St. Patrick’s Day party.  499 votes were cast. The results for President were something of a surprise.  Joe Biden (who came close on Saturday night to declaring a run) was way ahead of all the other Democratic candidates.  Good ol’ Joe had more than double the votes of the candidate in second place, Kamala Harris.  Hand flapping Beto O’Rouke came in third. (Perhaps he was able to get 80 votes because he’s the only Irish candidate and it was a St. Patrick’s Day party.) 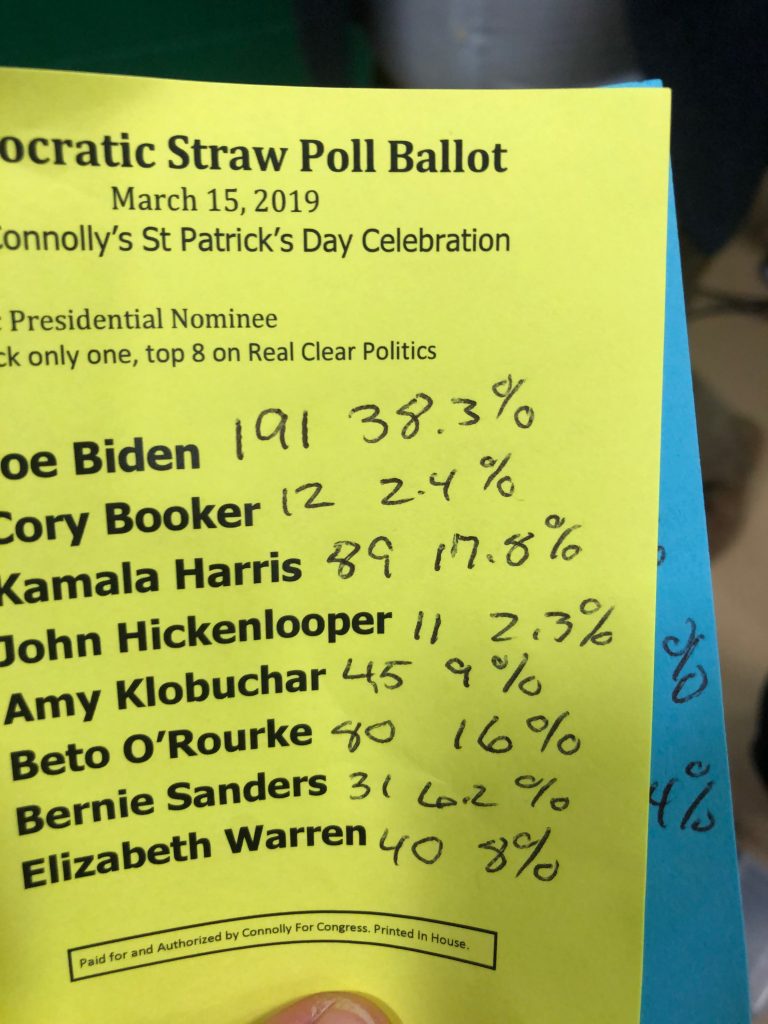 A second poll was taken on the preferred candidate for Fairfax Chairman of the Board of Supervisors, 456 votes were cast.  Its results were much less of a surprise, Jeff McKay was far ahead. 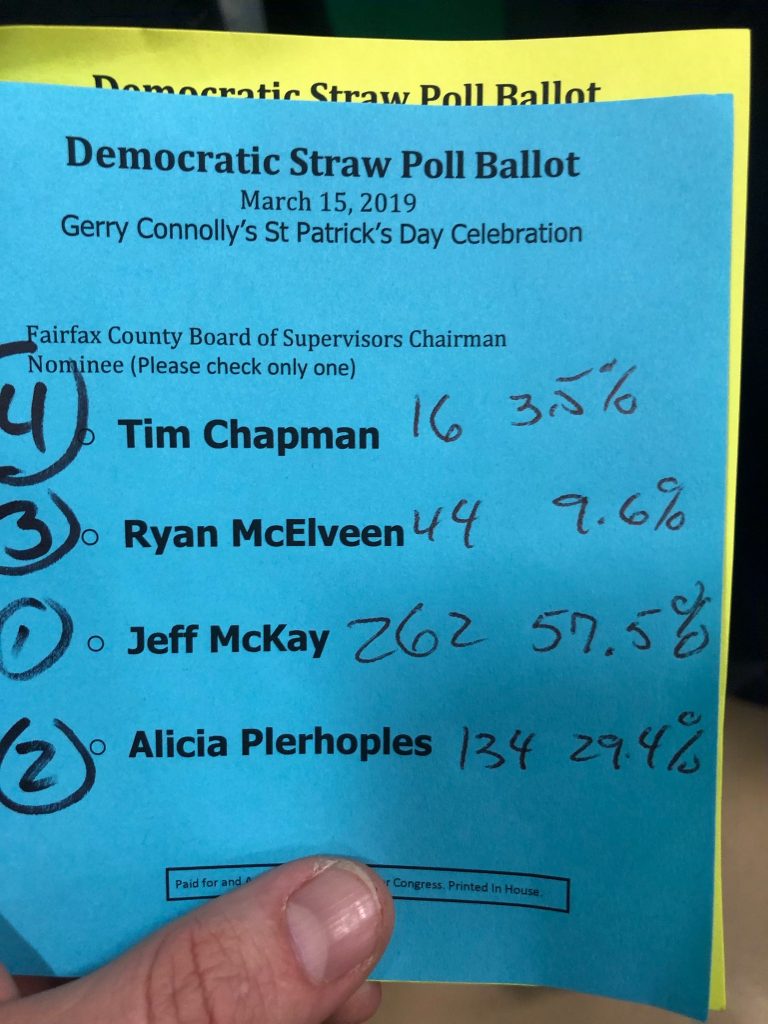