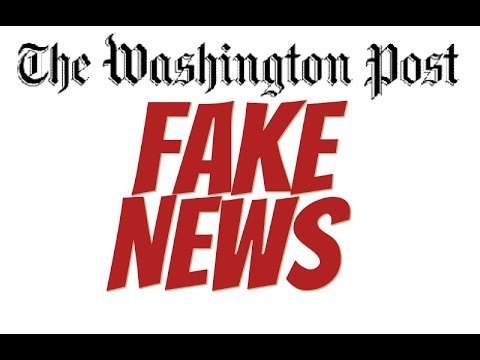 President Trump calls the liberal biased media ‘Fake news’ and the label is used by conservatives around the nation now.

But besides suppressing news and information from a conservative angle, the Washington Post also seems uninterested in conservative opinions on local issues – especially when it conflicts with their editorials, which favored the I-66 tolling regime.

I recently submitted online an op-ed piece bashing the new I-66 inside-the-Beltway toll regime.  The media and pundits supporting the project have failed to note the inequity involved – in that, only folks commuting toward DC and back in the evening pay high tolls, which peaked at $40 the first day.

No tolls are charged for the inside the Beltway, and yes, DC and Maryland residents, commuting West to Arlington, Tysons and the Dulles Corridor.  No tolls are levied on nights and weekends, either, which I feel also is designed to advantage Arlington and Falls Church businesses and shoppers.

There are now bipartisan efforts underway in Richmond to roll this back.  Democrats, at least, held a news conference to denounce it.  Let’s see if they muster up the will to block it via legislation, which I am sure Republicans will support.

The Post’s letters editor first rejected the piece, but when I pressed, she promised to run it online – for which I was most appreciative.

But as of this date, it has not run – despite twice offering to rewrite it.  Instead, she ran an op-ed by a former scholar from the. liberal Brookings Institution, who supports the high toll scheme.

In past years, the Post has run my letters – even when I was serving in local office.  Newspapers are sometimes reticent about giving politicians publicity.

But today, with the Post squarely part of the Democrat “Resistance” movement, it is not surprising that a local Republican cannot get his or her views on their ‘fake news’ pages.

Since the Post has apparently refused to run, it you can read it here on TBE.

What follows is the back and forth I had with Jamie RileyKolsky, the letters editor, in reverse chronological order. (Begin at the bottom.)

I’ll try to get your piece up today, and I will send you a link!

I am a female Jamie. Is your Jamie a nickname for James? I was named for my father, when, after four girls, he gave up on having a boy.

Just wanted to thank you for agreeing to run my I-66 op-ed online and was wondering if you could email me a link.

My son’s name is Jamie.  But you’re a female Jamie, right? 🙂

Great! Nothing. I’ll send you a link when it goes live, probably Thursday but maybe tomorrow afternoon.

Online would be great!  What do i need to do if anything?

Subject: RE: FW: Op-ed from reidkd@verizon.net: I-66 tolling

It’s possible. It’s also possible I could run it online.

From: “Close To Home” <closetohome@washpost.com>

Thank you for this submission. We read it carefully. Unfortunately, we are going to pass.

You are receiving this e-mail message because your form has received a new submission.

If you believe you have received this message in error, please contact the SUB team