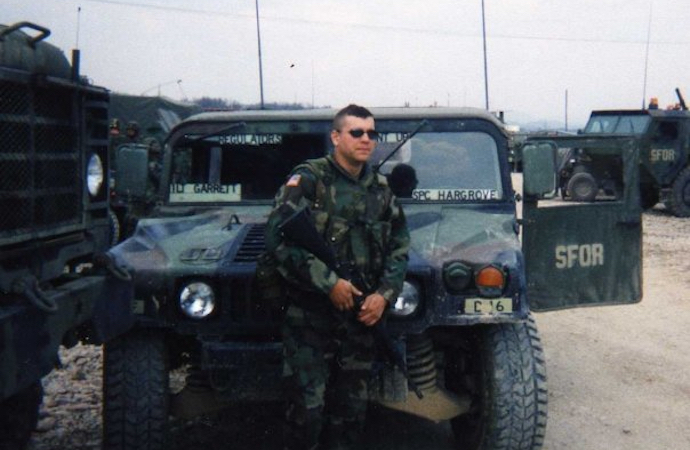 Background on the Race
Garrett was the first out of the gate to announce and begin campaigning for the office, and appears to have taken an early lead in endorsements from conservatives of all stripes.  McKelvey, who is familiar to many residents of the district from past runs for office, has been mounting a respectable effort as well.  Del Rosso is a newcomer to electoral politics, but has been showing decent signs of strength in certain quarters of the district.

The 5th District Republican Committee has chosen a convention as the means of nominating a successor to Hurt.  This is important in a crowded race, as in a convention the nominee must be chosen by a majority of the delegates, not just a plurality.  (In a convention, depending on the rules, one or more of the candidates with the lowest vote totals drops off the ballot after the first round.)  This means that the eventual nominee will be a candidate most voters can agree on, instead of just the candidate who has a plurality of as small as perhaps 25%, as in a primary.

It’s also important because the dynamics of a convention tend to cut down on a lot of the negative campaigning that often characterizes a primary race.  When all that a primary candidate needs to do to win  is get a single vote more than the next guy in a one-round election, there is a lot of incentive to sling mud to depress the other guy’s votes.  BUT, in a convention, the incentives are different.

If there are more than two candidates for a particular race at a convention, each candidate has every incentive to be respectful and play fair.  Of course, they all want to win a majority on the first ballot, but failing that, they want to be the second choice of every voter backing another candidate.  If one candidate alienates the supporters of another candidate, those supporters are unlikely to vote for the offending candidate if and when their first choice drops off the ballot.

The Attacks
All of this is why its so troubling to see that some candidates in the 5th apparently have received bad advice about peddling provably negative attacks on the frontrunner, Tom Garrett.

These attacks have been making their way around via email, and more recently, directly from the mouth of a staffer for Michael Del Rosso.

So what are they saying?  Here’s a summary:

1. “Tom Garrett is a political hack in bed with Eric Cantor and the rest of the Richmond establishment.”

Wow…one has to be very ignorant of politics in Virginia—or be very cynically manipulative of those who are—to repeat this gem.  Tom Garrett has a long history of taking on the establishment, advancing principle over power every time.  One can choose to like him or not, but it’s simply not a legitimate criticism to say Garrett is all about the establishment when he’s the guy who has been the chief tormentor of Senate leadership.  While it’s true that Garrett unfortunately endorsed Cantor two years ago when he was challenged by Dave Brat, I for one trust him when: (a) he explains that he did so on the basis of Brat’s previous work with Sen. Walter Stosch (one of the historically worst “RINO” type Republicans in the Senate), which is understandable; and (b) he says, credibly, that he admits he was wrong.  He maintains a good friendship with Dave Brat to this day.

It is true that Garrett has lots of friends closely tied to the GOP establishment in Richmond.  But then again, so do I, and so do a lot of other grassroots-type conservatives, and nobody accuses me of being an establishment guy because of it. I suppose that’s because I’m not standing in the way of anyone’s blind ambition.

Sorry…nice try, but it’s not a black mark on someone’s character to be friendly towards the people with whom you work closely every November to get a Republican ticket elected, or in Garrett’s case, every legislative session to get good conservative legislation passed.

2. “Tom Garrett is not a real conservative.”

I could talk about a litany of conservative legislation, or leading the charge against the McAuliffe administration trying to allow non-citizens to vote, or conservative efforts against wasteful spending, or tying for the best conservative legislative scorecard in the Senate.  Instead, I’ll just point out a few of the folks endorsing Tom Garrett’s run for Congress:  Sen. Dick Black (R-Loudoun), a longtime stalwart hero of the conservative movement in Virginia; E.W. Jackson (a real squishy moderate that one, eh?); Mike Farris, Patrick Henry College Chancellor and head of the Homeschool Legal Defense Association, just to name a few.

I don’t know about you, but if Dick Black says he’s good on conservative issues, I’m satisfied.

3.  “Tom Garrett is a career politician.”

This apparently was a charge uttered by at least one staffer for Del Rosso.  This staffer apparently has a hard time understanding what the word “career” means, as Garrett has been in the General Assembly for a grand total of four years.  Four.  Previously, his career was spent as a prosecutor where he sent child rapists to prison, among other things.  Before that, he did this other thing that, as far as I can tell, the staffer’s boss has never done: 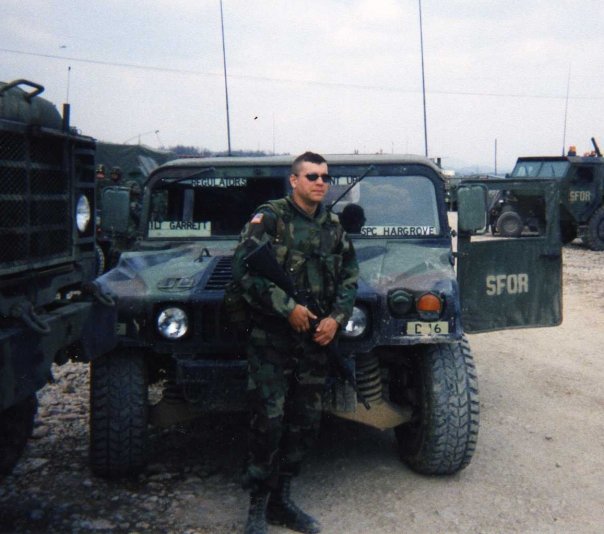 4.  “Tom Garrett is a carpetbagger who moved into the district to run for Congress.”

Another charge leveled by the Del Rosso camp, and a pretty laughable one.  Garrett graduated high school in Louisa County, served in the Army, went to law school in Richmond, moved back to Louisa, and has represented a big chunk of the 5th District in the General Assembly since 2012.  Not exactly a recent New Jersey transplant.  He moved down the road to Buckingham over two years ago—when Robert Hurt was still expected to have a long career in Congress—so any charge that he moved into the district to make this run is just plain silly.

We write this only to dispel the untruths being circulated, and to caution against the exuberance some campaign staff may have about tearing down opponents.  In a convention setting, such excessive enthusiasm is more likely to have the opposite of its intended effect, particularly when what’s being peddled is so obviously false.