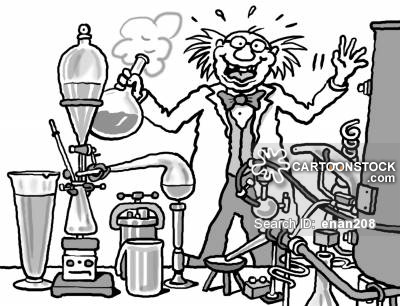 Famous Blind-spots and the Self Destruct Button

An old-time movie from the silent-film era depicted a “mad professor” in his high-tech laboratory (ca. 1925). The lab was filled with chemical apparatus, glass tubing, beakers, and bubbling flasks. The control console had numerous dials, gauges, knobs, pulsing lights, etc. In the middle of the control console was a prominent knob ominously labeled:

SELF DESTRUCT – For Extreme Emergency Only

The professor was at the console – checking gauges, tweaking dials, jotting notes. His movements were fast and jerky. Sometimes his hand brushed past the SELF DESTRUCT button. As the pace became more and more feverish, his wide-eyed glance fell repeatedly on that button. He became fixated on it and began to perspire. His notes were flying about the lab. Finally, he leapt up and hit the button. The lab exploded in a cloud of black smoke. The prof emerged from the rubble with his clothes in shreds, his face blackened, and his eyes gleaming through the soot. He still clutched the SELF DESTRUCT Button as the picture faded out.

That silly film came to mind during George W. Bush’s presidency. By 2004 everything was cooking for Mr. Bush. He had surmounted the worst terrorist attack on our soil in history, struck a strong Presidential pose, and sent our troops to the Middle East to make war on terrorism. Our troops knocked Afghanistan over in a few months. (The Russkies couldn’t do it in a whole decade.) We conquered Iraq, blasted Saddam’s two thuggish sons, and captured the Old Man, himself, who was hanged for his crimes. (And a good job, too.)

At home, the economy was moving ahead. The Dow was past 10,000. Happy Days were here again! The Democrats had nominated John Francois Kerry, who had heaped vile slanders on his military comrades in 1971. His wind-surfing pix made him look like the Playboy of the Western World. (Mr. Bush buried him in the November election.)

Truly, Mr. Bush was on a roll. All the dials in the “lab” were set correctly. But like the mad professor, Mr. Bush was fixated on the Self-destruct Button. He simply had to press it. That button was Illegal Immigration.

Mr. Bush proposed to “fix” our Immigration problem by legalizing between 8 million and 14 million immigrants who were here illegally. He also promised to really, really (really!) enforce our current immigration laws. (This time we were really serious…)

Predictably, the country was in an uproar over this. Conservative Republicans were particularly upset, but opposition actually crossed party lines. (How times have changed.) Politicians doubted that Mr. Bush’s plan would fly. Indeed, a national talk-show host speculated that Mr. Bush didn’t expect it to pass, but had proposed it just to “win points” with Hispanic voters.

Some analysts thought that strategy might backfire, however. Surveys showed that legal Hispanic immigrants actually opposed normalizing illegals. Steven Camarota, then the research director for the Center for Immigration Studies, wrote:

“The number of people who want immigration increased is very small. 55 or 60 percent of the public wants less immigration, a third wants it the same, and 7% wants…more. [Mr. Bush] is going for that 7%…”

Polls also showed that 60% of Americans believed present immigration levels were a “critical threat to the vital interests of the United States.” Only 14% of government officials, business leaders and journalists shared that view. How could they get it so wrong?

Mr. Camarota theorized that politicians like George Bush and California Governor Gray Davis – who was recalled by voters in 2004 – “…live in an echo chamber of elites, where the received wisdom on immigration is all the same. But once you get [beyond] the Beltway…the number of people in the USA who think it’s a good idea to give legal status to illegal aliens, or…increase immigration, is very small.” (Can anyone spell “T-R-U-M-P?”)

Mr. Bush’s plan – resembling the 1986 amnesty that produced the biggest influx of illegal immigration ever – could have cost him re-election, except that Democrats fumbled the win by running an unattractive candidate with no real agenda for helping the country. With everything else clicking, why was Mr. Bush fixated on the Self-destruct Button?

Cynics said it was the money. (They always say it’s the money.) No doubt, money was a factor. It’s important to government weenies. Illegals don’t usually pay taxes, since their documents, including social security numbers (if any), are bogus. Some employers withhold taxes from illegals’ pay, but if they remit those taxes, the game will be up. They and the employee might be in trouble.

But if employers keep the taxes, everything is cool. The employee won’t complain because he’s illegal and might be deported. And the employer gets the illegal worker at a discounted rate. Everyone is happy except the civil serpents. They want those taxes. If the illegals become legal, everybody gets a real SSN and those lovely billions start flowing into the treasury. Business owners lose their “discount,” but the employees are still cheap – and now they’re legal.

Maybe this motivated Mr. Bush, but I doubt it. I believe he had to push that button because – like most of us – he has a Blind Spot. For whatever reason – family ties? Texas culture? Una señorita bonita in his past? Whatever… – his Blind Spot was folks from South of the Border. He wanted to help them while he was president. That this could have cost him a second term didn’t seem to concern him. I believe he thought it was the right thing to do.

Mr. Bush’s attempt to “normalize” the illegals failed in 2004, but he couldn’t stay away from the Self-destruct button. He hit it again in 2006, when he thought the coast was clear. That effort flopped when a mighty telephone blitz by angry voters spooked enough senators to scotch it. Arguably, the second legalization try gave Democrats the Congress in the fall.

Other presidents in our history had blind spots, too. Some came to grief because of them. John Kennedy’s blind spot, I think most historians would agree, was the ladies. He certainly had an eye for a well-turned ankle. During his presidency, he got involved with Judith Campbell Exner, a sultry, dark-haired babe who was reputedly the mistress of Mafia Don Sam Giancana. The liaison compromised JFK’s administration to organized crime and spawned a lingering suspicion that those ties to Giancana might have caused JFK’s assassination. A British-made documentary, The Men Who Killed Kennedy,* works from the credible theory that three French underworld assassins were imported through Mexico by the American Mafia to kill the president in Dallas. 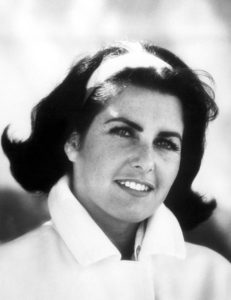 Richard Nixon, of infamous Watergate memory, was undone by blind spots that kept him from following either of two courses that might have saved his presidency. One course would have made a clean breast of everything to the American people. Mr. Nixon could have admitted that he approved the burglary of Democratic Headquarters (at the Watergate Apartments) by saying something like this:

‘We were trying to withdraw from Viet Nam, and we thought there was a security leak at Democratic Party Headquarters involving Daniel Ellsberg and the Pentagon Papers. I approved the break-in, but knew right away that it was a mistake. I accept full responsibility for this. I apologize to all of you, and I’ll work with the Democratic Party to make things right.’

Many historians think this would have defused the Watergate story and reduced it to a few weeks of media huffing and puffing. Mr. Nixon would have survived, but his pride stopped him from taking that step.

Another option was destruction of the damning evidence – i.e., the Oval Office tapes. Many believe this could have saved him. He might have made a public statement like this:

‘Last night I destroyed recordings of all Oval Office conversations that occurred during my presidency. I burned all the tapes. I take full responsibility for this. I believed their continued existence was disruptive to the health and progress of the country. We must move ahead.’

I (and some others) believe that after a few weeks of media uproar, everything would have died down. Without the tapes, the media circus would have had nowhere to go. Mr. Nixon and the country would have moved on. But at the moment of maximum danger the president’s sense of history undid him. He couldn’t bear to destroy the tangible record of his presidency.

Pride and a sense of history were Mr. Nixon’s Self-destruct Buttons. Had he stayed away from them and hung on, he might have survived. He could have been impeached, but would the Senate have convicted him? Doubtful, but we’ll never know.

Bill Clinton’s blind spot was also the dames, although he lacked the finesse of JFK, who has to be considered the true artist of that genre. Bubba’s heavy-handed treatment of various ladies he dallied with eventually ensnarled him in a sexual harassment lawsuit brought by former state employee Paula Jones. During that trial Bill committed perjury and tampered with the jury. Both are very serious offenses – especially for a lawyer. 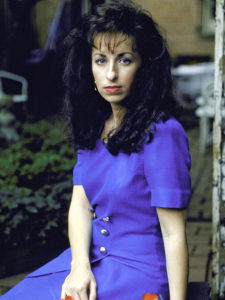 Aided by titillated reporters eager to have a randy southern boy in the White House, Bill’s bare-knuckle Frau, Hillary Diane, kept the “bimbo-eruptions” tamped down. But it all finally hit the fan with the Monica Lewinsky affair. Special Counsel Ken Starr uncovered the perjury and jury-tampering, which then became articles of impeachment in the House of Representatives. With the help of the ever-compliant media – which claimed the impeachment was “all about sex” – Mr. Clinton beat the rap in the Senate-trial. But his presidency was crippled for its last two years. After he left office, an Arkansas judge disbarred him for five years.

Sycophants are still singing President Obama’s praises for his elegant style and his bold use of “pen and phone” to go around a recalcitrant Congress and change enacted laws. Liberal media helped him to get away with things that a Republican president could never do. Mr. Obama won’t have to answer for them, because the Constitution protects ex-presidents from legal action over anything they did while in office. Contrary to popular belief, a president can’t be prosecuted, after his tenure ends, for “crimes” he allegedly committed while office.

But as the years pass, and as order and sanity (hopefully) return to all levels of government, Mr. Obama’s most serious blind spot will be revealed. In my view it was his Olympian sense of “rightness” based on:

Mr. Obama’s bravura campaign-claims that we were “just days away from fundamentally transforming the country” were not throw-away lines. His blind spot didn’t wreck his presidency, but it might have ruined his legacy. Only now are revelations emerging that indicate how far The Big O went to get Mrs. Clinton elected, so his precious legacy could be protected. Once historians get the smoke out of their eyes, I believe their judgments of the Obama-regime will be very harsh.

A Blind Spot is a risky thing. JFK would probably agree. She was dazzling. 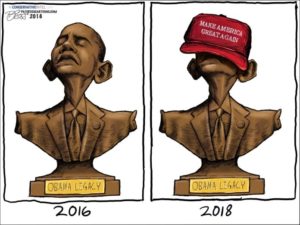 Famous Blind-spots and the Self Destruct Button was last modified: May 19th, 2018 by Woody Zimmerman
5 comments