The First District Committee today took up an appeal by Cameron Jones, who lost a bid for Fauquier County Republican Committee (“FCRC”) Chairman back in March. The appeal centered around participation of Democrats and other non-Republicans in the county-wide party canvass that elected members of the FCRC, including the new chairman, Scott Russell. The First District Committee found, by a vote of 16-8, that the canvass was improper, and required that new elections be held, with customary safeguards to exclude those voters who are not qualified to participate under the state GOP’s rules. [Full disclosure: this author is a voting member of the First District Committee, and voted with the majority.] 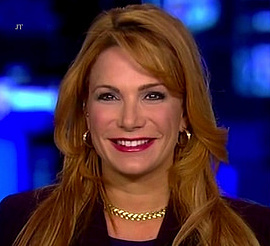 As was evident from the supporting materials provided by both Russell and Jones, the root of the struggle in Fauquier is competing visions for growth and property rights. Observers of Virginia politics are familiar with the story of Martha Boneta, whose persecution by local zoning authorities over the hosting of a birthday party for 10 year old girls on her small organic farm in Fauquier ignited a property rights movement in Fauquier and beyond. Boneta herself was in attendance at today’s First District hearing of the appeal.

In an all-too-familiar story, new people were energized to get involved in the political process to change their government, and the existing power structure fought back in predictable ways, including by fighting attempts to influence or control GOP nominations for local offices. Sounding alarm bells about the barbarians at the gate, those being challenged by the newcomers appear to have relaxed the standards for participation in the recent GOP canvass to encourage like-minded Democrats and others to vote against the “property rights zealots” who were attempting to take over the local party. Although the Call and the Rules for the canvass included the standard RPV language that only those qualified voters “in accord with the principles of the Republican Party” may participate in the canvass, nothing was done to enforce that mandatory requirement.

To illustrate this, consider an email exchange between Cameron Jones and T. Huntley Thorpe III, Esq., the immediate past chairman in Fauquier, who was running the canvass. On March 2 Jones wrote Thorpe:

Huntley,
What avenues do we have to prevent Democrat voters from participating in our Republican Party election?
…
Best regards,
Cam

Cam,
There is very little we can do. Per the party plan, the Canvas [sic] is open to all registered voters. The only thing we can do is ask them to sign a pledge which the committee has been reluctant to do in the past.
Huntley

(Emphasis added). But that is just wrong…it is not open to all registered voters, only Republicans. By itself, merely failing to seek any affirmative verification that a voter was in accord with our principles might not have been problematic, particularly given that in ordinary circumstances we tend to see pretty minimal crossover participation in internal GOP elections (in contrast, obviously, to the occasional move of the needle by Democrats participating in state run open primaries).

But this particular contest did not feature ordinary circumstances. Indeed, it featured a full court press to turn out any and “all registered voters” to beat back what the Russell-aligned committee members publicly characterized as “extreme property-rights activists.” The FCRC member that coined that descriptor, Jessica Swann, also had this to say in the same email:

I’m asking for your help in achieving that goal. You do not need to be a Republican. Democrats, Progressives, Independents, Libertarians – all registered voters in Fauquier County are welcome to vote in the Fauquier County Republican Canvass on March 22nd, 2014 at the Warrenton Community Center, from 9am -2pm at 430 East Shirley Avenue (near the Wal-Mart). You must show proper identification; to ensure only Fauquier County residents are voting in this election.

(Emphasis added). As it turns out, this and other documented efforts to bring people not in accord with the principles of the party into the canvass were highly successful. Jones provided documentation indicating that many well-known Democrats, including many associated with the anti-growth and Democrat-aligned Piedmont Environmental Council, answered the call of the pro-Russell crowd to come participate in the GOP canvass. The First District Committee’s investigation of the voter rolls concluded that at least 9% of the participants in the canvass had voted in a recent Democrat primary without subsequently having signed a renunciation statement and affirming they were in accord with Republican principles. It is unclear how many other “Democrats, Progressives, Independents, Libertarians” and others actually participated.

One thing is crystal clear, however: the FCRC avoided the procedures that are customary in other jurisdictions for ensuring as best as possible that only Republicans voted. It was not because they were unfamiliar with the principles altogether. In fact, all members of the FCRC had to sign a statement that they were in accord with our principles and that they intended to vote for the Republican nominees in the ensuing election. Rather, the preponderance of the evidence suggested the door was purposefully left open as a means of ensuring the “property rights” crowd would ultimately not prevail.

The decision taken by the First District Committee was not taken lightly. It is no small thing to overturn the results of an election, and to require the effort and expense of doing it again. Weighing against this was also some sense that Jones may have “slept on his rights” by not taking more proactive measures earlier in the process to ensure customary safeguards were put in place. This is a compelling argument, and was put forward by certain people on the First District Committee whom I respect greatly.

Ultimately, however, it is not Jones or any single member of the FCRC that the First District Committee acted to protect. Jones did indeed fail to act in ways that would have benefited him politically. But it is not his rights alone that were violated by the FCRC’s (a) decision to not affirmatively enforce Article I of the Party Plan; and (b) apparent toleration/embrace of efforts to encourage non-Republicans to choose the party’s local chairman and committee members. The requirement that only persons “in accord with the principles of the Republican Party” may participate in party elections embodies the core First Amendment freedom of association that serves as the organizational bedrock of our Party.

That freedom of association is impinged in small (often undetectable) ways every time we have an election for anything. Clearly, though, the Party simply cannot overturn every election where it can be shown a Democrat slipped through. But nor can we ignore, condone, or encourage the requirement flagrantly being set aside to allow for participation of “Democrats, Progressives, Independents, Libertarians” and others. Doing so would be akin to what Cameron Jones’ detractors accuse him of (sleeping on our rights), and would only serve to clear the path for future abuses.

Russell is entitled to appeal the decision to the RPV State Central Committee. Today, he did not indicate whether or how he will appeal. Russell was clearly not happy that the First District took this appeal (*see note below), and felt very strongly that justice was not done, so my guess is that we have not heard the last of this. Stay tuned.

*Note: If it seems odd that the 1st District Committee would hear this appeal, when the vast majority of the unit lies within the 5th Congressional District, that’s because it is odd. In almost all cases the appeal would have gone to the 5th District, but because Jones resides in the First District portion of Fauquier County, and the State Party Plan requires that “an appeal shall be taken to the District Committee of the District wherein the person appealing resides,” the appeal was properly brought in the First District.