Last Saturday things changed in Fauquier, but not in the way that many believed it would. Bulldozers have not converged on the beautiful Fauquier landscape, the sky is still blue, and the birds are still singing in the trees (which are still there by the way). So what’s changed? 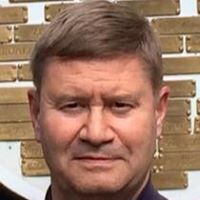 Fauquier Republicans now have a new Committee Chairman, and in fact an entirely new committee that is nothing like the committees of past decades. Greg Schumacher and his team won a significant victory, one that promises a new beginning for Fauquier Republicans.

Not only did Team Schumacher win the Chairmanship, they also secured well over 70% of the committee seats giving them a super majority to begin the next two years.

The old guard, led by former 10th District Chairman Jim Rich, ran their usual stale campaign based on the tired old theme that if their candidate (Harry Burroughs) was not elected, the bulldozers would arrive the next day, and the “Fauquier Way of Life” would disappear forever.

In contrast, retired Army Major General Greg Schumacher ran a principled campaign with a layered message that promised a refreshed Republican image based on transparency, inclusiveness, mutual respect, and unity, as well as re-energizing the committee around the common purpose of growing our Party and electing Republicans…you know, the things a Republican committee is supposed to do.

Apparently that message resonated with Republicans in Fauquier. Turnout was phenomenal with just over 1,600 voters casting ballots, and when the dust cleared on Saturday team Schumacher and their supporters had won a decisive victory.

The vote totals for Chairman were Schumacher 863, Burroughs 725. The official results for one of the precinct seats are still to be confirmed; however, preliminary reports indicate that Team Schumacher has secured over 70% of the seats on the new committee.

So what happens now?

The story will unfold over the next two years, but two things are clear: Greg Schumacher is his own man, and he is also a man of his word. He promised transparency and inclusiveness and we can be certain he will deliver on those promises.

Unlike the committees of the past, there will be no retribution visited on the losers. Chairman Schumacher and his team realize that for Republicans to succeed and for us to grow our Party in Fauquier (and grow it we will!) we need to include ALL Republican voices.

For too many decades, the FCRC has existed solely for the purpose of protecting the agenda of a few people in Fauquier, now it will exist to promote Republicanism and to make our county a bulwark against the growing Democrat wave swelling to the east.

For Fauquier to remain a county that regularly votes 60% Republican, a strong Republican Committee is necessary, and Team Schumacher is prepared not only to hold the ground we have, but to continue to make inroads into new territory where the past Republican leadership was unwilling to venture.

So as the storm clouds from the now infamous Burroughs mailer part, a new day is dawning for Fauquier Republicans, and the future looks bright!

I used to live in Warrenton/Fauquier from June 2000-February 2004. During that time I was elected YRFV Chair which made me a voting member of RPV State Central and a non-voting member of the Executive State Central committee. I remember going to my first Fauquier Committee meeting with checkbook in hand to join my local committee. I was politely informed that there was no room for new members and I could only join as a non-voting auxiliary member. I can’t remember the smarmy little guy’s name that was the chairman. So trying to be polite I said something like: well I’ve been active in Republican politics for sometime and this is the first time I’ve heard of someone being denied full membership in a unit committee because membership was at capacity. So then I tried to explain my role as YRFV chairman made me a voting member on SCC and a non-voting member on the Executive SCC and wouldn’t it be nice for the Fauquier committee with that kind of access. Again I was informed that I could only be an auxiliary member. Now that was almost 20 years ago and I was much smarter in my late 20s than I am now in my mid-40s so I knew exactly what was going on. They wanted to control who had membership in the party. Obviously all those names on the rolls hadn’t paid dues in years so technically weren’t members any more so there was plenty of room for new members.
Now I like Jim Rich and we served on State Central together when he was 10th district Congressional Chair. But this whole “way of life” mentality, meaning no new people, is very dangerous for a political committee. So I hope things have changed over the years but if they haven’t (and it’s looking like they haven’t) then I hope this new Chairman will make sure it’s easier for new folks to join and be active. But things are changing in Virginia and especially northern Virginia. You guys are gonna have to adapt if you want to survive. Some of you guys on the social conservative side are gonna have to walk away from your fixation with LGBT folks and marriage equality. In fact you need to take that language out of the party platform all together and just stay silent on it. Bob Marshall was beaten decisively by a transgender woman. Also, you’re going to have to find a way to repackage how you market the party’s pro-life stance and let that be the one social issue because we’ve lost on the marriage stuff.
So lot’s of change ahead for you guys. Good luck. Come visit us in Tampa. 🙂

Jay, Things are changing in Fauquier after Apr 14th.

Change is good but actual success will be measured in my opinion by when and if new Republican messaging and associated candidates begin to recapture the significant portions of the Republican base that has just wandered away over the past decade in Virginia and perhaps more importantly begin to actually attract the working Virginia suburban voter that is fed up with the progressive Democratic social agenda in the schools, the gang based crime in their neighborhoods and the endless taxation increases.

On the other hand if what change amounts to is little more than the continuously electoral unsuccessful Virginia brand of social conservatism and it’s political faction adherents with their current anti Republican administration leanings and vociferous anti President Trump public rantings mistakenly assuming this is some growing mandate for their brand of often extreme right wing social policies I believe they are in for a big disappointment.

As of today the state’s party messaging has put it well outside the trending shifts within the national party and the national Republican voting base as well. It all comes down to me to how the ongoing political disconnect here in Virginia is finally settled. The mistaken belief going back long before the days or Eric Cantor has been that the elites of the Republican state party set direction and the candidate pool while it is the base voters option to pick and choose among the ebb and flow of the states opposing political faction choices. The circumstances of President Trump’s national election broke that paradym and is why here in Virginia he is so disliked on both sides of the political spectrum. The days of state candidates seeing any predictable ballot box success simply because they bear a stamp of approval for one of the other of the state’s political factions is over in my opinion.

Its funny to read the delusions of the GOP in Va. Soon enough Northern VA will spread to Fauqier and then you’ll lose that county too… then Culpeper… Madison Greene Orange… Fluvanna…

It’s more funny to read panicky democrats unsuccessfully trying to suppress a Virginia GOP that is no longer tired of winning. Almost as if the democrat party hears an approaching stampede in the distance… and, he’s still your President.

…and Hillary is not (and never will be).

That would only happen if the Federal Government continued to grow and grow which hopefully will not happen under a Trump smaller-government plan.

Congratulations to Chairman Schumacher. Wishing him the best in this new role!

I’m very glad to see this! We elected a great new Chairman in Fairfax, too.

A new captain of the GOP Titanic in Fairfax!!! Now you will only lose by 85 percent of the vote and then have the massive Democrat turnout statewide tip an election for dog catcher in Greene County!

More votes is always better than fewer votes. What would be your alternative? Just give up?

That is awesome. The establishment is still in control in the City of Harrisonburg. We do have a Conservative Vice Chairman and some Conservatives on the Committee. However, they still favor the moderate candidates and want primaries. We can never get rid of the RHINO Republicans if we keep having primaries as Democrats go in and vote for them.

The same thing is happening in Fairfax, Frederick, Henrico, Shenandoah, and possibly in Chesterfield. There may be others that we have not heard about. Let us know. And congratulations to Fauquier County.

Reagan hi – I owe you something – sorry been a bit busy, give me another day or 2, and we’ll talk ok?

I’ll be believe it when I see the headless vampire corpses in the light of day with the stakes intact.

Sounds like great things are going to happen in Fauquier – similar to what is occurring in Shenandoah County.