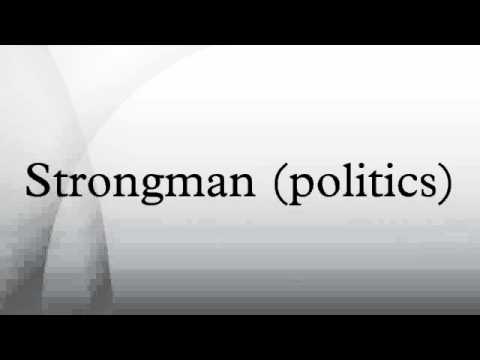 A recent article, titled “Congratulations, GOP, You’ve Created a Monster”, connected the rise of Donald Trump to the Republican majority’s betrayal of the very ideas they campaigned on to win.

Indeed electing Republican majorities to Congress was a good-faith-effort by voters to use the people’s branch, which is constitutionally the most powerful branch, to roll back much of what total Democrat control forced onto America during Obama’s first two years.  That failed miserably and so now millions frustrated with the direction of our federal government feel left to fight fire with fire.

Most people have been surprised by the number of Americans supporting Trump’s strongman-politics campaign, which has rolled over every one of the “establishment” Republicans’ “electable” candidates.  At this point Trump’s only viable primary opponent is Senator Ted Cruz, who is anything but establishment. But as a strong supporter of state and citizen rights, neither is Cruz an advocate of strongman-politics.

However for those who want to battle Democrats with their own medicine, almost any issue reveals that authoritarian strongman-politics is exactly how they push their agenda.  Here are three examples:

Socialized healthcare: The last two times the Democrats gained control of the presidency and Congress (1993 and 2009) they pushed toward socialized healthcare.  Both times, the following election voters flipped control of Congress to Republicans. Democrats completely disregarded voter’s opposition, ramming faster and harder in 2009 as the 2700-page Obamacare became law before members could even read it.

Abortion: After 50-million abortions and decades of technological advancements showing life at earlier and earlier stages, Democrats remain fully committed to abortion with no restrictions, including parental notification.

Through Obamacare, most Americans are forced to pay for abortions, trampling over moral and religious opposition.  Religious organizations are forced to fight all the way to the Supreme Court to secure their First Amendment rights.

Homosexual marriage: Marriage as defined by nature and nature’s God is no longer tolerated.   We must ignore human design, serious health risks and related diseases, and the yearning of children to know their mother and father.  Opposing views have no place.  The strongman demands total submission.  Religions and sciences are shoved to the back seat.

This is the world of authoritarian politics.  Every issue is just another example.  The Constitution and Bill of Rights mean nothing to a strongman.  The America the Democrats have created, and unfortunately Republicans have not effectively challenged, is a “might makes right” world where everyone must yield to their agenda.

It is that rotten root that has produced fertile ground for Donald Trump’s strongman campaign.  Trump’s followers are fed up with having things shoved down their throats and have determined the only way to beat it back is with their own strongman.  Trump is merely filling a hole that both parties helped create.

However, this road is a destructive road.  And if a Republican strongman is elected, Americans will not like him any better than the Democrat strongman.  Civil unrest will increase and very likely lead to another civil war.  There are no winners down this path.  But that is the outcome when government forces upon its population ideas that huge portions of its population firmly oppose.

The alternative is to go back to the wisdom of our nation’s framers where the blessings of a limited federal government were well understood.  Let states be the laboratories of representative democracy, a model frequently termed federalism. Bad ideas, which require force to survive, will be weeded out at the state level, while good ideas will naturally propagate from one state to the next.

With the states sorting out domestic policy ideas, the federal government is much better positioned to tend to its constitutional responsibilities.  The men and women who serve in our military can be a priority, instead of a political prop.   Implementing and enforcing an immigration policy that strengthens America can go beyond campaign talk.

To make America truly great again, we must reject destructive strongman-politics and instead embrace federalism.  That is why I support Ted Cruz for president.  Ted has a long consistent record of fighting for America’s founding principles.  The fact that Ted is still in a position to win the Republican nomination, points to a growing wave of Americans eager to return real hope to America.

A comment from a story about how little Paulie Ryan is whining about destructive politics. this guy summed it up best:

With one vote for Trump I can vote against Ryan, Pelosi, Mitch,
Harry, Boehner, Bill & Hillary, Obama, Mittens, Kerry and the
Republican Elite.

Who could pass that up?

Cruz does not support NSA wire tapping but wants police to patrol muslim neighborhoods ?
So much for prophylatic security measures with a President Cruz.
We do not need leaders who respond after the attack with local police , we need law enforcement to use ALL measures prior to an attack.
American Jobs
Defending the American Dream
Trump in 2016

I like to think of The Donald as wrecking ball. Someone who’ll come in and start knocking down all of Obozo’s destructive policies. Pounding and dismantling the illegal Executive Orders, the illegal czars, the illegal regulations. Again and again Trump will swing until Obozo’s legacy is just a bad memory.

And we’ll have a chance to rebuild this country, and reclaim our founding principles.

But first we need the wrecking ball – the relentless righter.

AFTER Trump has finished his job, someone like Ted Cruz can come in and put the polishing touches on things. But Cruz is simply no wrecking ball.

Trump is not going to wreck anything… he has been greatly enriched by the current system and is comfortable with it. He has already promised to “make deals” with Democrats and RINOs. There is nothing in his history or in his rhetoric that would support the notion that he will go after the uniparty or the kleptocratic system that we have been fighting for years.

Reagan made deals, too.

One, this is not the same country it was when Reagan was President and two, Reagan wasn’t a progressive with no understanding of the Constitution or the proper role of the federal government under a federalist system.

I am a Cruz supporter first, Trump second, but I hear ya.
First the axe, then the surgical blade.

The lame political must be allowed to blead out.

Trump is a strong man alright. Unfortunately, his incoherent and contradictory “policy” positions leave one stupefied, and praying for a better candidate.

I your stance naive. Just how is Cruz going to over come the media, the establishment,the education cartel and a complete break down of our legal system. Is there anyone not living on Mars that don’t know that Bill and Hillary and most of our political establishment are the criminal class and no one is doing anything about it It will not get better by voting for Cruz. We have a central bank owned by a small cabal of super wealthy people answering to no one. This group funds both sides of the many wars and in fact create them. And the public pays and our solders are killed and maimed. We see time and again where citizens are intimidated by the rogue elements and the media are silent. And you think by voting for Cruz it will make a difference. We see what we have, and it is indeed time to bring in s strong man.

Exactly, we need a weak leader that will do whatever congress says. This guy gets it.