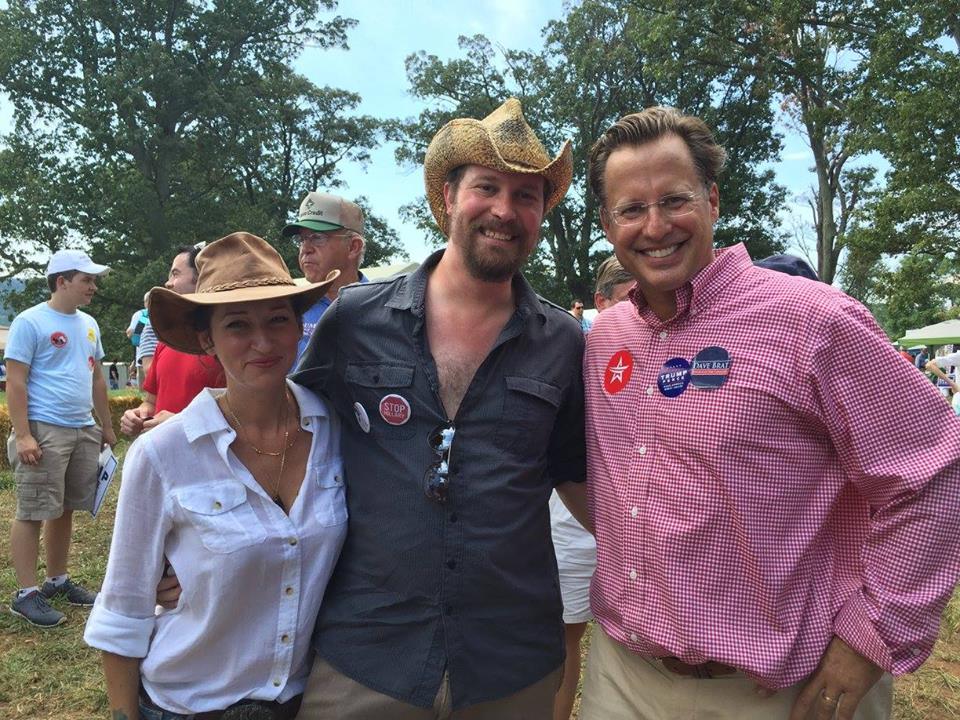 Feedback from the Conservative Base

Yesterday I wrote a piece that has generated a great deal of feedback from the conservative-wing of the Republican Party. There is a concern that there doesn’t appear to be any difference between unity and the unadulterated acquiescence of all our conservative principles to a nefarious establishment littered with closet liberals. There also seems to be some apprehension regarding the idea that we “reach out” to Millennials, as if reaching out was tantamount to giving in to the lessons taught to the rising generation in their university English classes, where socialist ideology is considered quality literature.

There have been accusations that my articles praising, what I believe are the good qualities of Ed Gillespie and Frank Wagner, are little more than my selling out to “the establishment” and my unspoken acceptance of liberal domination over the Republican Agenda. However, as many of you know, the candidate for Governor I chose to support was Denver Riggleman. Many of my friends are frustrated that, instead of supporting “the conservative”, Corey Stewart, in this race, I’ve written several antagonist articles attacking his character and his candidacy.

Others were offended by my support of Delegate Glenn Davis, because he is not “the most conservative candidate running for LG”.  This has left many folks questioning why I, as a libertarian, constitutionalist, conservative, I would write nice things about candidates that aren’t “real conservatives” or why I would endorse a candidate for LG who could be considered the least conservative in the race. Some think that it’s the fact that I’m too busy working on my M.A. in Public Policy and that I’ve become distracted by some new-found love for government. Others believe it’s because I’m a secret establishment shill, meant to cause unrest. One person wrote me an email accusing me of supporting Eric Cantor.

We all have our priorities. Of course, I am bothered by how much political power and personal profit seems to motivate so many of the “activists” I came to love in my initiation into politics in the Commonwealth. Those of us who were fighting “the establishment” are now coming to grips with the fact that many of our friends in “the grassroots” have been angling for nothing more profound than becoming the establishment themselves.

There are few elected Representatives I trust more than Delegate Nick Freitas. I’ve had no better advisers into the events in Washington D.C. than Congressmen Dave Brat and Rob Wittman. In Caroline County, I am blessed with the fact, despite all our factional disagreements, our Chairman, Jeff Sili, has imparted more wisdom to me than the efforts he’s asked me to perform. I’ve gotten to know Hanover Chairman Russ Wright and Henrico Chairman Eddie Whitlock. I see what outreach and unity and rising above our factional divides can accomplish and inspire. I’ve gotten to know RPV Chairman John Whitbeck, and I’ve followed John Findlay on Twitter. These are quality bastions of Republican unity.

Delegate Nick Freitas is a staunch supporter of State Senator Bryce Reeves. I do not dispute the fact that Bryce Reeves is “the most conservative candidate”. State Senator Jill Vogel, in my experience, is one of the kindest and most intelligent representatives in the Commonwealth. I would have loved to endorse her, would her campaign (not her, mind you) have followed my advice of running a positive, issue oriented campaign. Senator Vogel’s speech at our State Convention last year, was one of the best speeches of any Republican in the Commonwealth I’ve heard; and I’m friends with Nick Freitas, who gives speeches that will make your blood boil and your mind adore.

So how is it possible that a “conservative” like myself could support Delegate Glenn Davis?  How could I find it within myself to write positive articles about Frank Wagner and Ed Gillespie? Where is all this coming from?

Delegate Glenn Davis has run a positive, policy-driven campaign, aimed at improving life in Virginia. He isn’t running on ideology. Truly, tell me, has our ideology ever passed a bill through the General Assembly and been signed by a Democrat Governor? Has it?

Well, how dare I dare to dream that we move the needle slowly, purposefully, and intelligently in our direction. This is something Delegate Glenn Davis offers us in his bid for LG. John Adams is maybe the most liberty-orientated candidate we’ve had for a statewide office in a general election in my lifetime. Frank Wagner cares so much about the commonwealth that he would run a campaign predicated on tax increases, because he’s been in Richmond long enough to know that the only way we’re going to get from A to B is to pay for it. I don’t fault him for that. Ed Gillespie, more than any candidate in my history in Virginia (1997-2003 – 2013-2017) has appealed to every faction in the Commonwealth. These are good men and women.

I campaigned for candidates running against Congressman Rob Wittman and House Majority Leader Eric Cantor in 2014. Today, I believe that Congressman Rob Wittman is one of the most truly conservative Representatives in the nation. He votes against every CR and Omnibus bill there is. Am I all of a sudden establishment for loving a Congressmen that embraced us? Congressman Wittman offers legislation that would force Congress to follow the rules and pass legit appropriations bills through Congress. Am I establishment for backing that?

The Democrat Party has moved so far left that Lieutenant Governor Ralph Northam is too conservative for the Democrat Party of Virginia. The Democrats in Virginia are taking marching orders from Senator Elizabeth Warren and Senator Bernie Sanders and ignoring their own party establishment.

That’s what we’re up against.

All the moderates and centrists in America are Republicans now. The Republican base is no longer conservative. While we were kicking Congressman Cantor to the curb, the Democrats were kicking out social conservative Union Workers and small business moderates. We were so focused on our attempt to drag the Republican Party back to the Constitution and back to the Conservative Tradition, that we missed the fact that the Democrat Party was trying to drag their moderates back to early 20th century socialism….or worse.

Republican unity means nothing. Absolutely nothing. Unity for the sake of unity is bullshit.

I want unity because I believe that libertarians, conservatives, moderates, constitutionalists, independents, and progressives can share this party. Those who have called me out for excluding the populists and nationalists are correct. I exclude you. I argue that you have no place here. I call representatives and demand that they ignore you and your nationalist pleas. I do so only because I believe in a Conservative Tradition that pre-dates the Republican Party and pre-dates the United States of America. I support a Conservative Tradition predicated on the best wisdom derived from our most objective analysis of our generational experience. The nationalist, populist movements within the Republican Party dishonor all of that.

I want to force the Republican Party to become more conservative. I hope my conversations with representatives like Glenn Davis make him more conservative. But I want to build a Republican Party big enough for Mike Thomas, Dave Brat, Tom Garrett, Steven Brodie Tucker, Ron Hedlund, Mike Wade, Tom White, Waverly Woods, Rob Wittman, Bob Goodlatte, Glenn Davis, Bryce Reeves, Nick Freitas, and Joshua Huffman. I want a Republican Party that rejects the Democrat Party’s Mob Rule. I will not be ruled by the masses, by those who think that their numbers outrank my liberties.

Feedback from the Conservative Base was last modified: June 4th, 2017 by Steven Brodie Tucker
26 comments