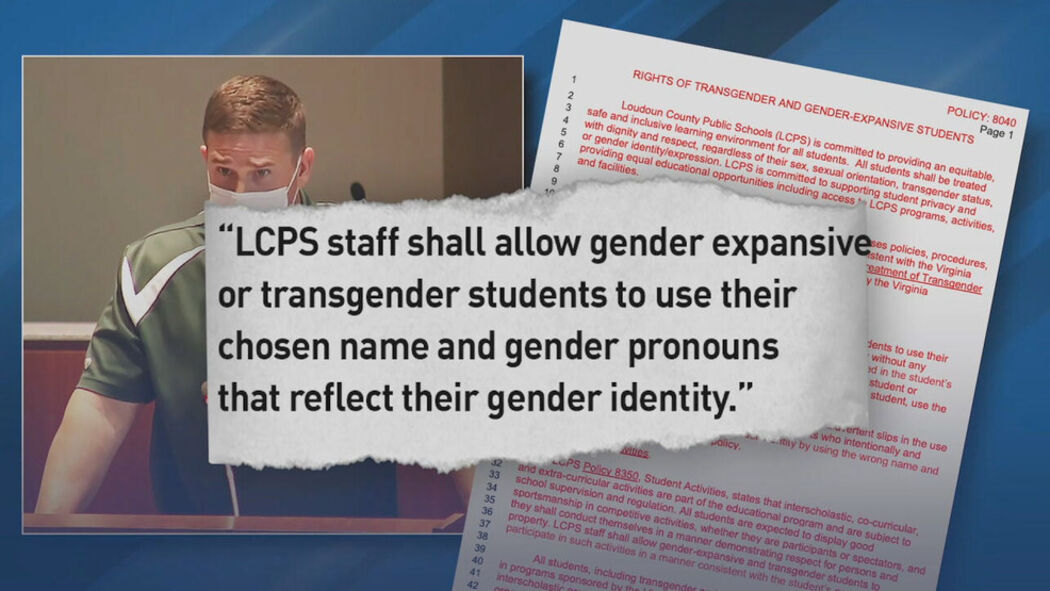 Feminist Democrat speaks out against Loudoun County School Board policy 8040

My name is Kara Dansky and I am going to speak before the Loudoun County School Board on Tuesday to protest Policy 8040.

I am the current President of the U.S. chapter of the Women’s Human Rights Campaign (WHRC USA), which works to advance the global Declaration on Women’s Sex-Based Rights. The WHRC USA is nonpartisan. Even though I am a Democrat, our signatories include Democrats, Republicans, Independents, and Greens. The Declaration can be found at www.womensdeclaration.com. To date, the Declaration has been signed by over 19 thousand people all over the world, from 138 countries, and by 364 independent organizations. The Declaration re-affirms women and girls’ sex-based rights and challenges the discrimination we experience from the replacement of the category of sex with that of “gender identity.”

I am a lifelong Democrat and a feminist. My priority is the rights, privacy, and safety of women and girls, which will be obliterated if the School Board implements Policy 8040.

LCPS claims to be committed to providing an equitable, safe, and inclusive learning environment for all students. That is an outstanding objective. To accomplish it, they must protect female students as a distinct category. There are female students and there are male students. This is a matter of material reality, regardless of any individual’s self-declared identity.

Women and girls all over the world are being harmed by policies that are similar to 8040. For example, a woman in Los Angeles recently encountered a naked man in a supposedly female-only section of a spa, because California has a law in place that is similar to 8040. That woman was with a 9-year-old girl at the time, and that girl was forced to see a naked man in a space that she expected to be open only to women and girls. All across the country, female prisoners are being forced to share locked prison cells with male prisoners, some of whom are convicted sex offenders, on the basis of the male prisoners’ so-called “gender identity.” It has been reported that there are 3 pregnant women in California prisons because of a policy like this. This gives the lie to the notion that “transwomen are women.” Incidents like these are inevitable when governments institute laws and policies such as 8040.

Is the School Board really going to do this to female students in Loudoun County? In an era of “me too,” don’t young women deserve better than this?

Although most people don’t know this, there are countless Democrats all over the country who are furious at our party’s leadership because of policies such as 8040. I hear from them every day.

Finally, I will end by telling you a story about a friend who I will call Olivia, and by imploring you to consider the impacts that implementation of this policy will have on young lesbians. Olivia told me one day the story of realizing that she was a lesbian. She was 15 years old and playing basketball with a mixed-sex group of friends. Olivia had always known that she was different from other girls, but she had not been sure why. On this particular day, it dawned on her. She told me that in an instant, the thought just appeared: “Oh, I am attracted to girls. That means that I’m a lesbian.” She told me that in that moment, she just stood on the basketball court, contemplating her own realization of sexual orientation. Do the members of the School Board understand how horrible it must be for teenage girls who are having similar realizations about themselves today to be told that “some girls have penises?” Even worse, can members even consider the torture of being a girl and being told that if you like girls that you are, in fact, not a girl because liking girls is only for boys? Has anyone on this board considered how homophobic this policy is? How hateful towards women and girls who are same-sex attracted it is?

As a Democrat and a feminist who fights to protect women’s sex-based rights, I am imploring the members of the Loudoun County School Board to vote no on Policy 8040.

Kara Dansky is a public speaker, writer, and consultant who is committed to protecting the rights, privacy, and safety of women and girls on the basis of sex in law and throughout society. Kara is also an attorney with a J.D. from the University of Pennsylvania Law School and a B.A. from the Johns Hopkins University, and an extensive background in criminal justice law and policy. More about Kara, https://www.karadansky.com/about

Thank you for your views Ms. Dansky.

This feminist woman has been hoisted on her own petard. She never looked at the consequences of her actions and is now horrified by them. I have sympathy for the men, women and children her ideas have injured – not for her.

This issue gives absolutely no consideration to parents and how they choose to raise their children.
Schools that will implement policies to cater to these folks in the long run are promoting sexual promiscuity in minors children, child abuse.
Now we must look at travel for students;
Many will allow co-ed stays in hotels on overnight trips this will undoubtedly leave opportunities for unsafe situations for your girls.
As parents of Public School Children we must ask is our Government providing a World Class Education in learning subjects that will prepare our children for College and those educational courses for their chosen careers.
When you have school boards disregarding concerns of parents then it is time to vote out these School board members and the politicians they represent.
# Vouchers Choice in Education

At this point, vouchers are the only hopeful choice. The public schools have been killed by political correctness.

Thank you for speaking out.

“My priority is the rights, privacy, and safety of women and girls…”

“…and I have no interest in the rights, privacy, and safety of trans human beings.”

“Do the members of the School Board understand how horrible it must be for teenage girls who are having similar realizations about themselves today to be told that “some girls have penises?””

I doubt any person (male or female) who has had such a realization about their own sexual orientation would really half any problem with another person having such a moment of clarity about their sexual identity. I believe (given the alignment between the gay and trans community) that their reaction would be one of empathy.

“Even worse, can members even consider the torture of being a girl and being told that if you like girls that you are, in fact, not a girl because liking girls is only for boys?”

Nobody is saying this… except perhaps Tucker Carlson…

Uh-oh, Eric. They are getting off the plantation. Quick get after them!