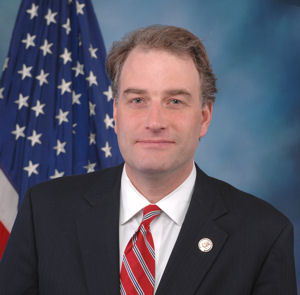 Virginia’s Fifth Congressional District has chosen a convention to nominate their candidate to replace the retiring Congressman Robert Hurt. Â The Fifth District Committee voted 19-16 for a convention to choose among the 5 candidates running for the office.

Griffin and Whited wanted a primary while Garrett, McKelvey, and Del Rosso wanted a convention.

The convention will take place on May 14th.

Gee, I didn’t know I was considered a Republican “leader” merely because I’m going to vote in the 5th District Convention on May 14. Our liberal, local C’ville news NBC 29 gets it wrong again by painting Republicans as elitists and suppressors of voters. We need to get the word out that ANY 5th District voter who holds Republican values can come and vote then.

Until we have party registration, conventions are the way to go. Especially here in the 5th District because so far there’s only ONE Democrat candidate running for the seat so if we held a primary there’d be NOTHING stopping Democrats from crossing over to vote in GOP primary. We’ve learned our lesson – no more ‘statement of affiliation’ please.

Convention is on a Saturday – in a centralized location. Saves the VA taxpayers’ money. Military personnel have a mechanism whereby they can fully participate. All GREAT reasons to have chosen a convention over a primary. Well done, 5th District Committee!