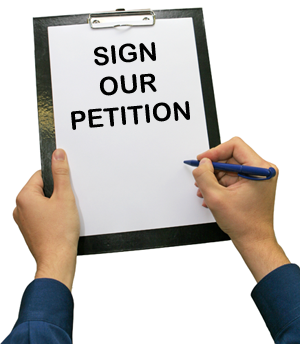 written by Taller Than Madison December 7, 2015

This Thursday, December 10, is the filing deadline for presidential candidates to get on Virginia’s Republican primary ballot. To meet the filing requirements candidates must submit at least 5,000 total signatures of registered Virginia voters which must include at least 250 signatures from each of the eleven congressional districts.

The biggest names not yet on the ballot are Senator Marco Rubio and former governor Mike Huckabee, which is a little surprising. Also not yet on the ballot are former governor George Pataki, and former senator (former because he got blown out for re-election) Rick Santorum, which surprises no one. I doubt Pataki will make it on the ballot and I don’t care if Santorum does or not. Editor’s note: the only candidate the author of this post has refused to sign a ballot petition for is Santorum and yet the author even signed for Graham.

It is a little strange that businesswoman Carly Fiorina, who lives in Virginia, and former Virginia governor Jim Gilmore have not yet filed. What are they waiting for? They both should have a well-connected grassroots organization here in Virginia but they don’t exactly have that. I have seen Fiorina’s people out collecting signatures but I have not seen anyone out for Gilmore yet. With just a few days left to file there are fewer and fewer gatherings of Republicans for the remaining candidates to take advantage of.

All of this is a huge improvement on the process since last time around, where we only saw two candidates, Mitt Romney and Ron Paul, make Virginia’s Republican primary ballot. Cheers to RPV Chairman John Whitbeck and the RPV state central committee for making the requirements to file more suitable for everyone involved.

Expect Rubio to make the ballot without any problems and I certainly hope the Huck gets on too. If Fiorina misses getting on the Virginia ballot then she should just pack it up and go home. Pataki can hardly be described as a candidate so when he fails to make the cut the setback will be inconsequential as he is destined to drop out. And then there’s Gilmore. If the former governor misses the Virginia ballot then not only should he pack it up, but he’ll face a national embarrassment that will harm his chances for any other elected office or cabinet level position.

It is do or die time for candidates this week. The path to the White House goes directly through the Old Dominion. A Republican candidate who is serious about winning nationwide must be a primary candidate in Virginia, period. Missing the Virginia ballot this time around is tantamount to dropping out altogether.

The Virginia primary will take place on Super Tuesday, March 1.

Carly is on the ballot as well http://www.virginia.gop/carly-fiorina-ballot/

Also, it was a change of the law not the RPV that reduced the number of signatures required… might want to get that BIG fact right

Small clarification. As of today it was nine, not eight.

I intended to sign for all. I’m disappointed no one approached me for Carly!

The only one I refused to sign was Jeb!

….ah, except THAT one. Fortunately, no one asked. ?