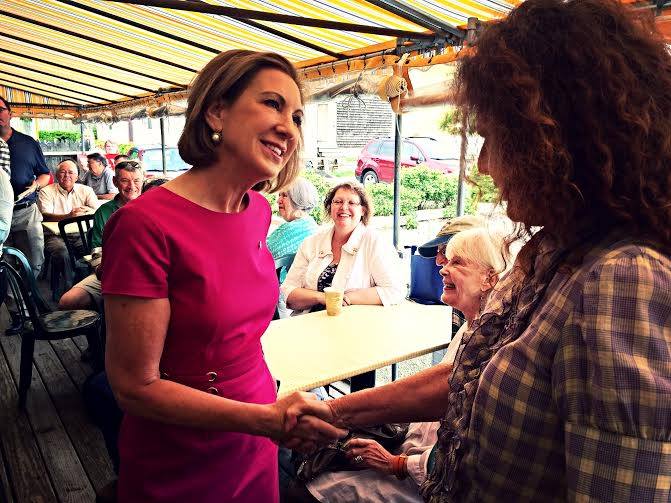 Carly Fiorina on one of her strongest selling points: “I AM DISTINCTLY HORRIFYING TO LIBERALS.”  Read the whole thing.  Essentially, because Fiorina isn’t actually a “real” woman according to modern feminists, she makes their heads explode when she acts like a real, accomplished, independent woman.  Does. Not. Compute.  Meanwhile, in an electorate in which actual real women are the majority, Fiorina bests Hillary Clinton in a hypothetical Iowa match-up by a whopping 14 points.

Well, I’m not totally convinced the facts support that conjecture on her part. Her vote count against Boxer in the 2010 California Senate race amounted to over 4.2M statewide votes with over 42% of the popular vote. There were 17.7 million registered voters in CA as of 2011 and surveys indicate that among those considered most likely to vote 32% are Republicans. That’s about 5.7M Republicans state wide of which Fiorina captured 4.2M (77% plus) in a Senate race that had a 53% general voter turnout. Get the drift here, she kicked up a whole lot of non Republican votes somewhere. All of this is fine BUT to claim liberals are horrified by you and your policy positions just doesn’t look supportable in her only major election event. I think there are a two or three major pinocchios on this one.

At first glance, I thought Carly had a lot to offer. Not so sure she is conservative enough with her past record.