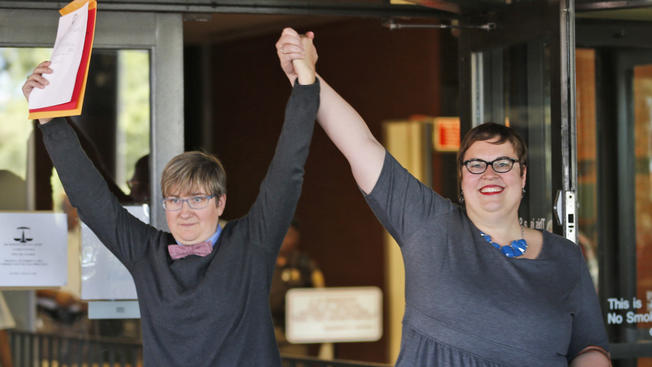 The Supreme Court cleared the way today for gay marriages in 11 additional states when they denied petitions from 7 states requesting that gay marriage be put on hold.  Virginia’s Attorney General Mark Herring has refused to uphold the state’s Constitutional Amendment banning same sex marriage in the Commonwealth. [read_more]Today Virginia’s first gay marriage was preformed outside the court house in Richmond. 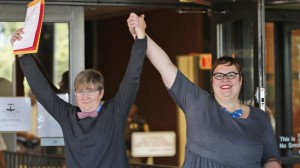 Gay marriage has now been forced on 30 states, chart of states here.

More on the story here. Today’s order from the Supreme Court here.