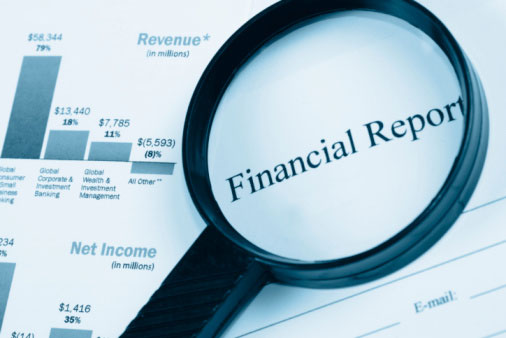 A few observations, in the Governor’s race Gillespie and Northam are raising money at about the same rates.  Others are far behind them.  Gillespie’s got this, the others in the Republican primary may now consider themselves ‘also rans’.

In the Lt Governor’s race Bryce Reeves has good numbers.  Jill Vogel’s fundraising has dropped.  Reeves raised twice as much as Vogel in the first quarter.  Is this because of her ’email scandal’?  I suspect that has played a part.  Did her father not contribute as much this quarter? At this point I doubt we will be seeing much more of Glenn Davis.

In the Attorney General race John Adams is doing a great job with fundraising, with numbers almost exactly the same as Mark Herring, the sitting Attorney General.  Impressive.

Now that I look at this in some depth, Jeanine you need to update this to show Pereillo. He’s raised in excess of 2 million dollars. Now $500,000 of this comes from one donor mind you – but still he’s got the funds and the energy set to win in June.

Thank you. I’ll do that.

Glenn Davis’ report is online. Your column should be corrected.

Pereillo also. The amount of money he raised is scary.

Let’s keep our fingers crossed it’s enough for him to win the primary.

Why would you want to call attention to your report?

I also thought that significant. John Adams is impressive in multiple ways.

Herring is toast because his stance on reciprocity .
Visiting lots of family this weekend from Carroll , Wythe and Pulaski , Mark Herring is disliked 2nd to the illegal alien.
The NRA can hold on to their money , I think we all have this one covered.
No Crack on Mr.Adams at all
but Homer Simpson could beat Herring at this point.

Doe Bart why you little.
Why blame Bart pull out the one gun a month and shoot yourself in the foot.

And Jill’s dad wrote another $100K check. No news there just trying to buy the seat.

Did you have a problem with her fathers money when Reeves was the recipient of 10’s of thousands of it?

Big difference between a campaign contribution of $15,000 and spending over three quarters of $1 million trying to buy a state wide seat.

It was $25,000. And outside of his daughter it’s Bill Holtzman’s largest Political contribution.

Bryce should return the $25,000. Since his supporters find it so distasteful.

I certainly can’t speak for Senator Reeves or his campaign but if Jill would return all that money I bet they would return to 25,000.

Yes it does tell the story on the “Broader base of support in Virginia.”

Actually she would still be out raising Reeves to the tune of half a million dollars.

But he can always go back to threatening to sue her…

I wasn’t going to be the one to bring up her email scandal but if she really has that much extra money maybe she should invest in some computer security and some email security or even better yet turn her husbands cell phone over for forensic analysis.

Or just admit it happened and address it honestly. People have a high tolerance for honesty but very little time for those who attempt on-going deception. Google’s subpoena response is precise and without motive or mechanism for deception: It points at Alex Vogel’s cellphone. Open wifi is just icing on a clear, unmistakable conclusion because the cellular system is highly regulated and controlled, unlike wifi. Just admit Alex Vogel’s cellphone was used to create the account, say the whole thing got out of hand, the resultant emails the product of an uncontrolled exuberant committee, whatever, but don’t piss on people’s legs and tell them it’s raining. This will be an issue in any statewide campaign and a liability for any future endeavor, a stain on her family name, a hindrance on her “campaign ethics” law practice unless it is addressed now pre-primary and allowed to diminish into the horizon of petty events overshadowed by a larger than life career. Her choice, and it will prove revealing of her character.

He is suing her and he should until she agrees to turn over her husband’s phone to a third party forensic investigation. Let’s face it, we all know the Vogels sent the phony emails to damage Bryce Reeves’ reputation. Wouldn’t you sue if someone did that to you?

There you go again Jeanine…

As you know, Bully Bryce hasn’t sued anybody. He’s just made a lot of noise and nasty attacks.

You are more the bully, Bully Roger, than Bryce defending his name with a legal request to address properly Google’s swearing it was Vogel’s cellphone that authenticated the account slandering his otherwise good name. Bully bully on you, Roger, but you’re no Teddy Roosevelt and Bryce is no bully for wanting to get to the bottom of this. I’ve never met any of these people but it stinks to watch you bully Bryce.

Do you make the same claim oc “buying the seat” whenever other candidates have one big donor? ~ or only when it’s Jill?

Also rans like Trump. Remember the money Jebra raised and see the money the ED has. Could it be that it is not how much money you have but how effective you are when spending it. The ED can spend money and lose as we have seen with his failure to unseat a Obamacare voter.
Stewart wins and wins and wins some more in a high minority populated Prince William. More than half of the County’s population is either African American, Hispanic, Asian or some other racial/ethnic background, which is substantially higher compared to the state of Virginia and United States. Prince William’s percentage of Hispanic population (the fastest growing population in the United States) is also higher at 22% compared to the state of Virginia and the nation. Stewarts numbers are rising while the ED’s are coming down. The more people see of Corey the more they like and support him over the Ed. ED referred to the web pages during the debate so much I thought that a talking horse was going to be on the pages but it was just the other end of the horse.

Corey Stewart is the only man willing to go after illegal alien employers .
When you don’t do this you cannot get the dead beat dad , tax evaders , insurance fraud , payroll fraud , debtors to the courts.
All of those garnishments are made possible by the legal employer.

Va. will become an Eduary; Santurary for illegal aliens.
Stewart for Governor!

Yeah….so he says at Election time. But actions speak louder than words at campaign time.

Yes, I am with you.
I have yet to witness any Republican stay true to his word on illegal immigration.
Stewart as BOS Supervisor should have changed his local Building permit application to have the General/Prime Contractor list ALL Subcontractors and their Va.Employment Commission issued account numbers.
Sessions said Wednesday; “we will come after you , we will deplete your source of revenue”.
If Va. does not move toward measures like I discussed you can expect contractors continue to violate State and Federal laws.
Stewart is a lawyer if he is sincere in ending santurary in Va. then it is time for him to put up and bring forth a lawsuit against the Commonwealth for the VEC classifying illegal aliens and unlicensed contractors ( one in the same) as independent contractors.
DPOR / Dept. of Commerce
Regulates Contractors.
The complicit auditor at Lynchburg VEC office just needs you to give him a bussiness card of your Sub
and that alone is enough for him to turn the page and classify the illegal as a ” bona-fide independent contractor”
A quote from him ;
” It is not my job to do DPORS job”
” It is not problem that you chose this line of work”
Stewart might have more ground if he had attacked Governor McAuliffe and Ralph Northam on this .
Governor McAuliffe knew of this in February 2013 , that is nine months prior to him winning. Then the implementation of EO 24 was 2 years later, hugh, why so late?
Lawyers get about 30% of a lawsuit , it is here for the taking.

I cannot and will not tar all Republicans with the same brush as Corey. I judge candidates on themselves and their own integrity as well as their policies, and not strictly by whether they have an R or a D after their names. Any sentence that begins with “All republicans are…” (or “all democrats are…”) is false by definition.

Sir, I posted this last night on another storty and I am reposting it for your benefit. Corey Stewart is not who you think he is…Gillespie will be a good candidate and can win the governor’s race. Is he perfect, no, but neither am I (and most other people). I was going to give Corey Stewart a pass this year without saying anything negative, but he is absolutely putting the screws (once again) to Prince William County taxpayers over a stupid ball stadium. I watched the Republican debate with the 3 running and most of the stuff Stewart was acusing Gillespie of, he is guilty of. We all love election year Corey when gets all hard-core conservative, but after he gets elected, he runs as fast as he can to the left and starts putting it to us. We in Prince William County have seen his shennagins for several years now and are tired of him. There is a reason he lost the straw poll at our county’s GOP gala several weeks ago. I was there and it wasn’t “rigged”. If you want more specifics on why he is a bad apple, go to the article a few days ago called, “Corey Stewart – Dumbest Campaign Ever” and read my comments. Trust us in Prince William County when we say, ABC…anybody but Corey.

Gillespie raised 1.8 million , is that one dollar from each illegal alien in Va.?