Frigid weather will be entering the US next week. From DrRoySpencer.com:

Early next week the cold air will enter the U.S. through Montana and the Dakotas, where temperatures will likely plunge into the minus 30 deg F (or colder) range.

By the end of the week, single digits could extend into the southeast U.S., and a hard freeze could push into central Florida (graphic courtesy of Weatherbell.com): 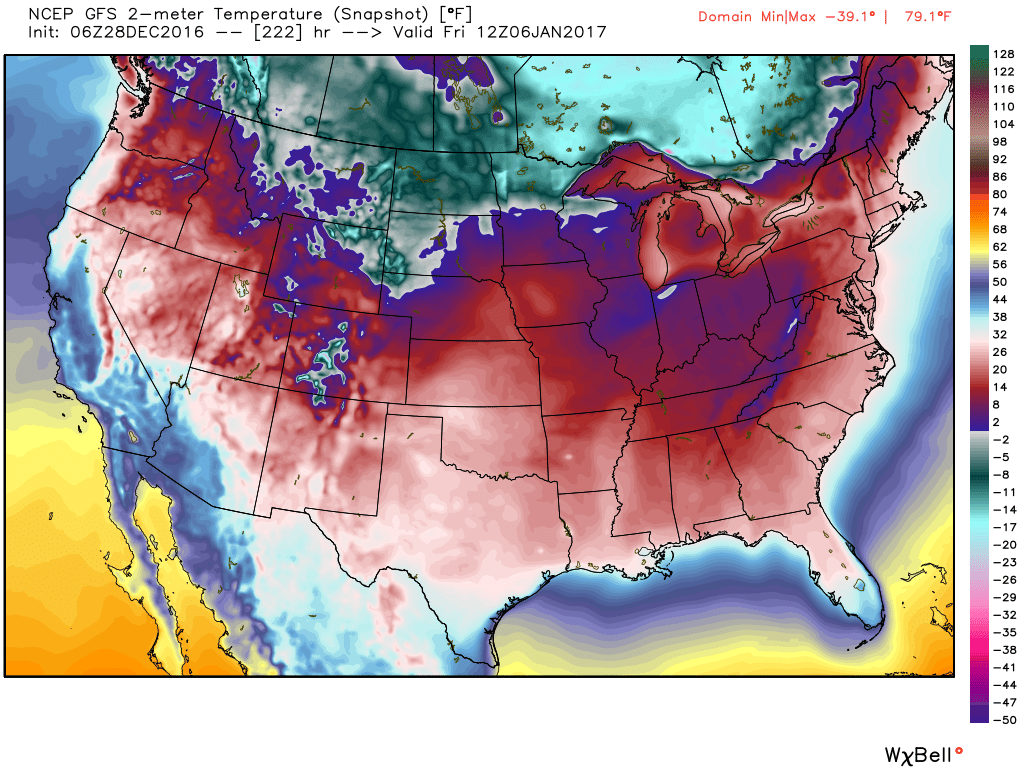