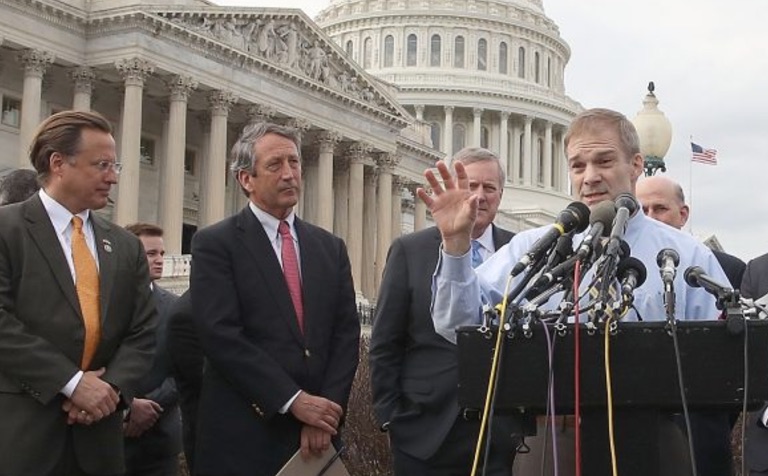 Zachary Werrell is a political consultant, commentator, and author of "How to Bag a RINO." He is best known for managing Dave Bratâ€™s historic upset of House Majority Leader Eric Cantor.

You know, there was a time when the existence of a Mafia was was questioned. Nobody would even admit that the Mafia existed for many years.

And now, nobody but me in the blogosphere will even admit to the existence of the powerful health insurance/healthcare/drug company lobby.

What are you afraid of Zack? There ain’t going to be any competition in those 3 industries. You fail to address the power of the lobby or even admit to its existence. You will have to have a lot more Republicans in the Senate to take away Medicaid expansion.

Write about how many BILLIONS of dollars the stupid Virginia lughead Republicans have lost so far by not taking the Federal Medicaid expansion dollars. There is nothing more stupid than that. Always take money when offered.

Afraid to talk about the lobby are you, Zack? To many student loans to pay back, Zack?

Wasn’t really topical, but I have said in other places my bet is RINOCare was written by many of the same lobbies as Obamacare, so…. what’s your point?

And no student loans to pay back, thanks for asking 🙂

Its pretty interesting how you and a select few other troglodytes always intentionally misspell my name, isn’t it Jimn… if that is your real name…

My point is the same as always. As long as lobbyists run wild with checkbooks in Washington, nothing gets really fixed. It’s now become the golden standard for Republicans to justify their wrongs solely based on that’s what the Democrats did wrong, so they will too. The whole Trump election win is not based on anything other than how bad Hillary is, with an assist from Limbaugh, Hannity, and Fox.

Come on, condemn the health industry lobby, what are you afraid of? Put your name on it, Zach. Don’t you realize that if you scream loud enough, long enough, that someone in the industry will throw cabbage at you to shut you up? Funny, they couldn’t throw enough cash at the HFC to shut them up, ha, ha, ha. (next time) I would like to see how much money they are throwing behind the scenes to “fix” the HFC.

Trump is really neither R or D, he is Trump. No different than any other CEO in the boardroom. All that matters is loyalty and money, absolutely nothing else. Just like a shark likes to eat.

So, tell me what has happened in the states that took the Feds billions in Medicare expansion money? What? The Republicans told one of the biggest political lies in history about repealing Ocare. For seven years, they sat on their fat asses, and did nothing but collect PAC and campaign cash, and repeal Ocare. Until it really mattered.

The corruption of Trumpcare should be an eye opener, along withTrump dumping on those who put him in the WH.

It’s all good. Just pushing my agenda. Thanks for the article.