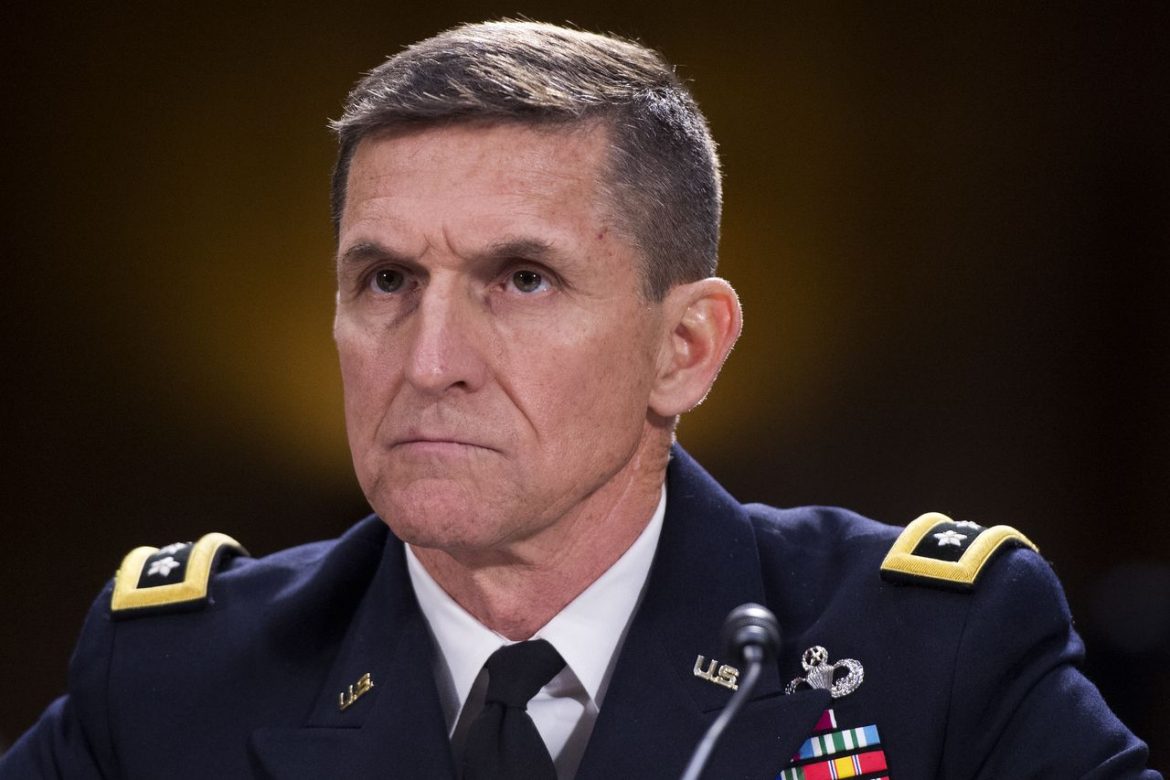 America’s First President, George Washington, is quoted as saying that “Occupants of public office love power and are prone to abuse it”.  The abuse is controlled by the rule of law and, where that doesn’t work, the right to bear arms in defense of the nation.

Many of us have looked on with a combination of astonishment and disgust at the now obvious coup launched by the outgoing Obama presidency against the incoming Trump presidency.  The love of political power, in the interest of the New World Order and not America, led Obama’s team to abuse the powers of federal law enforcement and intelligence.   Among their primary targets was General Michael Flynn.

After a distinguished career in the US Army, General Flynn was appointed by President Trump to be his National Security Advisor.  Less than a month later, he resigned as a result of questions about a conversation with the Russian Ambassador to the USA.  (It was alleged that he lied to the FBI about the nature of the conversation.)  As part of a subsequent coerced plea deal, Flynn pled guilty to “willfully and knowingly making false statements to the FBI”.  General Flynn was driven into bankruptcy.  He was accused of selling out the country.  He was about to be sentenced to prison —— and then the DOJ dropped the case.

Within the past few weeks, federal documents were released that show Flynn was specifically targeted and set up for removal from office by any means possible short of physical assassination.  The removal effort involved former President Obama, former Vice President and presumed presidential candidate Joe Biden, key members of the Obama administration, and the then heads of the FBI, DOJ and Intelligence organizations.  President Trump has called this a coup attempt and treason.

Referring back to George Washington, he might have added to his comment on public office and power that “Government is not reason, it is not eloquence,—it is force! Like fire, it is a dangerous servant, and a fearful master; never for a moment should it be left to irresponsible action.”  Unfortunately, irresponsible (and politically corrupt) action occurred at the highest level.

The correction for this irresponsible action, which was and still is a coup against the American presidency and American people, is the application of the law.  So far, this has not happened and about a dozen or more coup plotters are still walking the streets un-arrested, un-indicted, un-tried and un-punished.

The Department of Justice has let this situation fester for the years of the Trump presidency.  Many Americans believe that it is the political swamp dwellers defending themselves personally.  Political party differences, along with the law, are being buried because political party leaders don’t want to deal with the blowback from the crimes and horrors of the seditious and treasonous actions that took place.  (Once you open Pandora’s Box of political evils, you can’t stuff the evils back in the box.  Thus, everybody in power suffers.)

Unfortunately, if the Obama coup is not confronted with criminal prosecutions, more and worse political abuses will occur and damage the constitutional rights of the American citizenry.  (You can’t send the message that the Constitution and rule of law matter if you ignore and misuse them.)

Eventually, you leave the American people with almost no options.  Either We the People submit to this corruption – or we may be driven to respond per the idea espoused by former President Thomas Jefferson who said “The tree of liberty must be refreshed from time to time with the blood of patriots and tyrants. It is its natural manure.”.