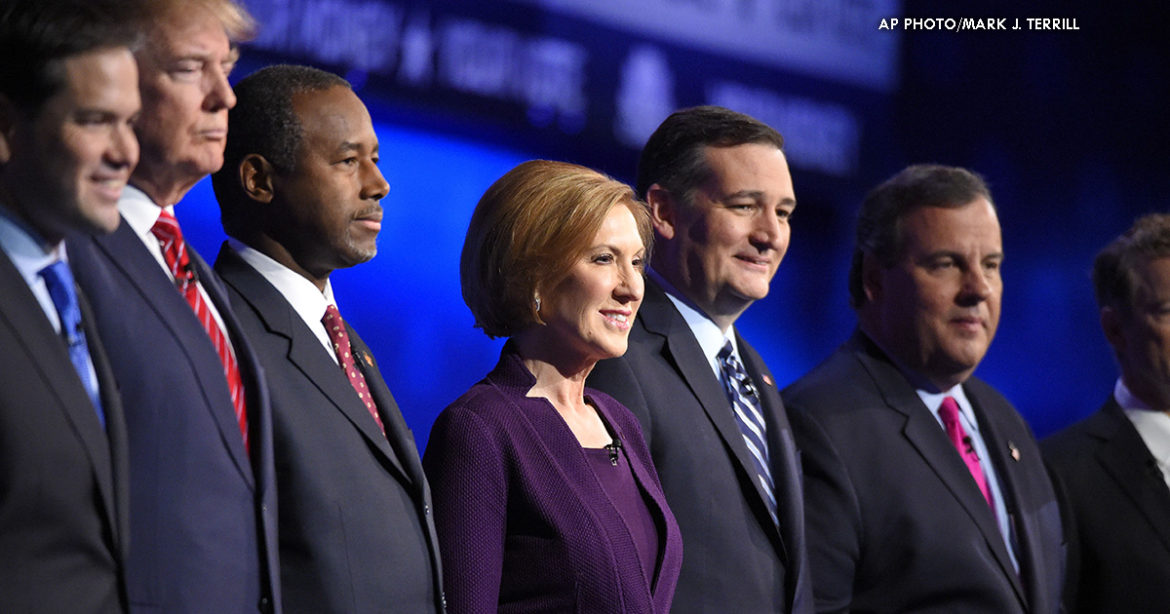 For Fear of Factions: Republican Unity

For whatever reason, more Millennials are moving to Virginia Beach, Hampton Roads, and Richmond than any other area in the country. I have two things to say about this: First, people tend to get more conservative over time, and second, we ignore Millennials at our own peril. We need to figure out whether or not all our factions can coexist within one party in Virginia. If our factions can’t coexist, then we need to make peace with the fact that Democrats will control all our fates in Virginia, for decades. If our factions can coexist, then maybe…just maybe we can develop something special here.

We have got to stop ridiculing the Republican Party and all those “establishment” and “moderate” “hacks” hijacking our party. Let’s be honest. As the Democrats have moved further and further left, all the moderates in America have become Republicans. They aren’t joining the party to hurt conservatives…they just have nowhere else to go.

Many of the Millennials in Virginia are moderate. You will not make them more conservative by ridiculing them.

As nationalist and populist attitudes become more pervasive in the Commonwealth, Virginia’s conservatives will find themselves thankful for the younger, more moderate, more tolerant, more rational crowd crowding into our committees and grassroots.

Conservatives must become more strategic. We must learn when and how to pick our battles. We must stop supporting every candidate advertised as “the most conservative.” Either they are conservative or they are not. If we get 4 moderates running in an election, let us not ridicule those who are slightly less conservative as the enemy when the “least liberal” still isn’t actually a conservative.

When we get a legit conservative candidate, let’s go to war for them. However, in the absence of the real deal, let’s be optimistic, helpful instruments within the Republican Party of Virginia. Let’s get behind smart candidates that can move the needle ever so slightly to the center or to the right. Let’s not become obsessed with the moderates in our party, so much so that we neglect to defeat the liberals and progressives and socialists looking to rule over us.

We’ve seen what the Burn It To The Ground strategy looks like; and it looks like defeat. It activates the Democrats. Let’s be true to ourselves and loyal to our party at the same time. There will be myriad opportunities for us to challenge the moderate wing of the Republican Party with Conservative candidates. When that happens, Let’s Roll. However, when that isn’t the case, let’s show the Republican Party that we aren’t sore losers, that we don’t stay home when we don’t get candidates that support 100% of our agenda. Let’s show the Republican Party of Virginia that we’re as committed and active as anyone.

John Whitbeck should be sitting in his office in Richmond praying for Conservative candidates that will activate his base. Yet, when we get candidate pools of moderates, RPV should know that the conservatives won’t take their balls and go home. We need to support the party when it nominates moderates, so that the moderates will support the party when we nominate conservatives. We’re all in this together. We win and lose together.

For ten years we’ve fought the RINO’s and the RINO’s have won. This is instructive. Maybe the RINO’s aren’t RINO’s. Maybe the left has moved further left, and in doing so have pushed all the moderates into the Republican Party. We’ll need their support when we get great conservative candidates like Delegate Freitas, Congressman Brat, or Congressman Garrett. We earn that support by being team players.

If conservatives can’t be team players, then we will marginalize our agenda within the party – making us an annoyance and a problem to be dealt with. We must not be those people. The Conservatives are in the best position to unite the party. RPV and our Republican Committees have never been more accepting and inclusive. They understand that without us, they won’t win anything. But we don’t win anything without them either. We move backwards or forwards together. We lose everything apart.