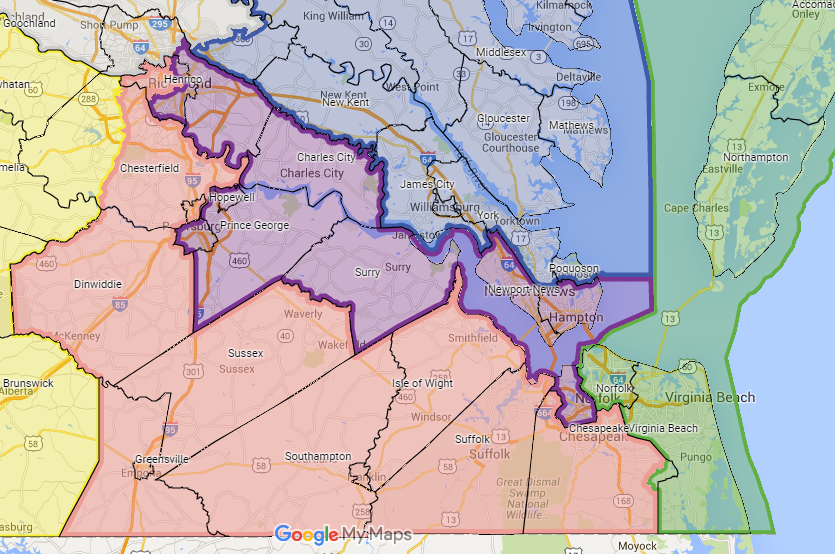 Author’s Note: My original column and it’s information was corroborated by a senior Republican elected official, who spoke with us only on the condition of anonymity.

The outrageous and irresponsible accusations that Randy Forbes attempted to cut a deal with the Governor are patently false – Congressman Forbes never sent an emissary to talk to the Governor or his staff – nor has he ever spoken to the Governor or his staff about it. This is just the latest in a series of deceitful ploys used by a politician desperately seeking relevance. Over one and a half million people have had their congressional districts changed by the actions of two liberal judges and a California law professor. Those actions are currently under review by the United States Supreme Court. Congressman Forbes’ involvement in that case has been and continues to be as one member of the collective Virginia republican congressional delegation.”

Davis Says He Went Rogue, Denies Forbes Involvement in Deal
Former U.S. Rep. Tom Davis (R-Fairfax), who was at the helm of the Republican National Campaign Committee (RNCC) in 2001 when U.S. Rep. Randy Forbes was first elected to Congress, told me earlier today that his effort to broker a district deal with state Democrats and Virginia Gov. Terry McAuliffe (D) was his initiative alone.

McEachin: I Wouldn’t Know Tom Davis If He Jumped In My Lap And Called Me Daddy
When reached for comment, Democratic State Senate Caucus leader Donald McEachin (D-Henrico), an expected candidate for U.S. Congress in Virginia’s newly configured 4th congressional district, said, “I don’t know Tom Davis, and I did not meet with Randy Forbes during this 2016 General Assembly session.”

McEachin is expected to announce his candidacy for Congress shortly after the General Assembly adjourns. The new district will include Petersburg, parts of Henrico, and all of Richmond city, making McEachin the early frontrunner.

I can confirm that the Governor and Scott had a conversation yesterday and the topic was his congressional race. I was not, however, in earshot after the first few seconds, and I cannot confirm or deny the subject matter of their conversation.

So, McEachin is denying paternity of Tom Davis? Part 3 of the story?

One should not lie when the lie is completely obvious and serves only to make people laugh at you. (Note to Tom Davis)

Davis went rogue? Yep, uh huh, sure. He just wanted to help. I think if I was two liberal Federal judges and a California professor I would be setting up an inquiry into this whole district drawing activity. Now instead of one district issue, these Virginia morons want to create a second issue. Next thing you know the Feds will be redrawing the whole state. Let’s see how that would play out at the Supreme Court.