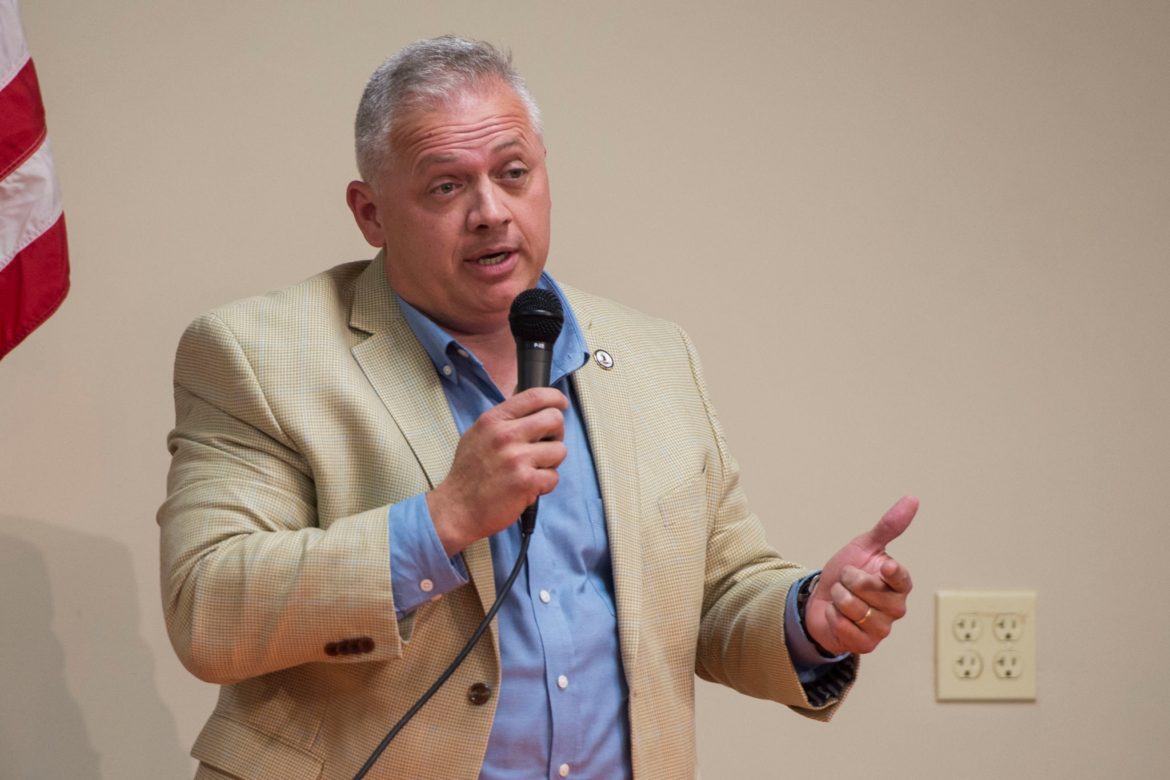 >>>Riggleman’s hiring comes after House Republican Leader Kevin McCarthy decided not to appoint any members to the panel and called it a “sham.” He had originally tapped five Republicans to serve on the committee but House Speaker Nancy Pelosi rejected two of them, prompting McCarthy to withdraw his members completely….

Pelosi later appointed two Republicans who have been critical of Trump, his role in the insurrection and his lies about widespread election fraud — Illinois Rep. Adam Kinzinger and Wyoming Rep. Liz Cheney. Cheney recommended Riggleman, also a Trump critic, for the job on the panel.<<<

More evidence that Denver’s not a Republican. (As if we needed it.)

Anybody want to let me in on why Republicans are apparently going to help Biden and Democrats by passing his $1.2 Trillion phony infrastructure bill?

Riggleman — a former Trumpster who lost his renomination. This is all sour grapes for what happened to him in the 5th district last year.

don’t blame him. He is smart and loves America and is a patriot. Unlike the lunatic trumper Good. Good God.

There are plenty of RINOs to go around so why this RINO?

Likely because Riggleman is on the Board of the Network Contagion Research Institute. Its an internet spying org. Its unbelievable. Read the entire front web page — scroll down for all of it.
https://networkcontagion.us/

“Pelosi later appointed two Republicans who have been critical of Trump, his role in the insurrection and his lies about widespread election fraud —” (?) Whoever authored this sentence is no republican but a demoncrat liar! Trump won! By a landslide! In fact, it was so bad for the dems that they realized their algore-ithm as inadequate for the task so they had to truck in MILLIONS of made up illegal votes in the middle of the night in order to create the GREAT STEAL!
!

“so they had to truck in MILLIONS of made up illegal votes in the middle of the night in order to create the GREAT STEAL!” You are joking, right?

No they are not. They honestly believe what they write. Take them at their word. It is why they attempted insurrection on Jan 6th.

just fucking crazy off the rails……….can’t imagine their brains………..

They couldn’t steal it with lines of people so they had to do it with electronics.

5th district R’s got it absolutely right by bouncing this guy’s fat, attention-whoring ass out of office. Waiting for him to join the Lincoln Project and have a front page column at Bearing Cuck in 3, 2, 1…

good choice. He will focus on the truth

He’s dripping with contempt, when he’s just a drip. Oh, and a LOSER.

“It’s an honor to serve alongside those who represent the best of America.” Uniting America. Right.

Tom, you are just pissed that he is not running interference for the insurrectionists like the rest of the Republicans.

“More evidence that Denver’s not a Republican.”