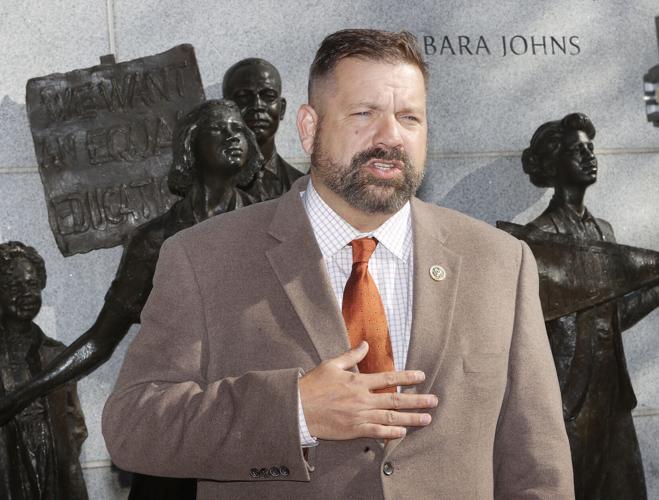 Former Virginia Congressman Tom Garrett (R-5) has announced that he will run for the House of Delegates next year in Southsides’s 56th district.

More than 4 years ago Rep. Garrett decided not to run again for Congress but would withdraw from politics to battle alcoholism.

“With what’s going on the world I’m not gonna sit here and throw bombs at Joe Biden or anybody,” he said Tuesday, noting the bitter partisanship he experienced in one term in the U.S. House.

“I could sit back and cry in my soup at night or I can stand up and say ‘What can I do to try to fix it?’ ” he said in an interview with the Richmond Times-Dispatch before his announcement that he will seek the seat next year.

+1 for Tom Garrett. He was the ONLY voice in the GA with the courage to stand with Mark Lloyd and oppose slating in the 5th back in 2014 and conservatives won’t ever forget this.