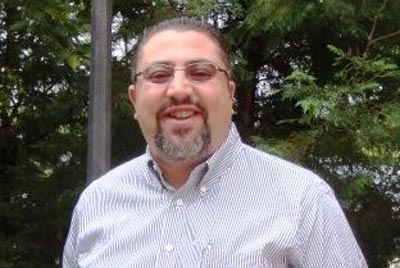 The following are direct quotes from David that appear on his Delegate David Ramadan FaceBook Page. It is the Post about him being banned by RPV. Please look it up for context as to the following excerpts and my comments below:

Ramadan:
“ Greg Stone Greg, he gave you a 1000+ words answer that actually is convincing to everyone but you and your circle of 10 who are obsessed w MATT & Metro even though none of you are his constituents.”
Me:
David it’s in the media every other day, on the agenda of two states, the District of Columbia and the Federal Government. The system is upside down. Do you read the papers?
Ramadan:
“Talking about intellectual honesty, how about you admit that the current Metro issues on hand have nothing to do w Metro coming to Loudoun. You keep conflating the issues; is it dishonesty or are you not getting it Greg. “

Me:
Ahhh David they call it the Metro System because it’s a system, it’s connected, it’s all part of a parent organization. The health and operational status of the system is the health and operational status of the Silver Line. The Silver Line or Metro to Loudoun is not a stand-alone entity. I am beginning to think you don’t know how this whole thing works.

Ramadan:
“And as for Loudoun, Metro so far has brought jobs before Loudoun even starts paying!? Now, you Metro opponents might end up in twenty years be right about Metro’s disadvantages vs Metro’s advantages to Loudoun, but that is far away and unknown —my bet is on advantages so stop patting yourself on the back since you haven’t proved crap yet.”

Me:
We are already right, don’t need 20 years. The system has been upside down for decades. Read Matt Letourneau’s own Op-Ed where that admission is made. You really need to do a modicum of research pertaining to this issue.

“As for my intellectual honesty, you know better than to challenge it; as it is pure and superior: not only was I a cheerleader, but had a bigger role than you know. I engineered the deal that flipped the deciding vote. How’s that for honesty and superiority my friend!?!? ”

I can’t believe you would actually admit to this. After everything that has transpired you are admitting to the world you orchestrated the biggest political and financial blunder in LOCO history. ”

There you have it LOCO it was then Delegate David Ramadan screwed you for years to come.

The two big takeaways are:

1. If true, David Ramadan was key in foisting upon our County the worst financial decision ever made in LOCO politics. Period!
2. David refers to himself as Pure and Superior. It is this attitude and self admiration that gave us number 1 above. These personality traits go hand in hand with really bad decisions. Now, do you see how we got this Boondoggle?

If I were David Ramadan, I would be ashamed and embarrassed to no end.

And BTW who in the hell describes themselves as “pure and superior” you have a major hubris issue my friend. You might want to get that checked out.