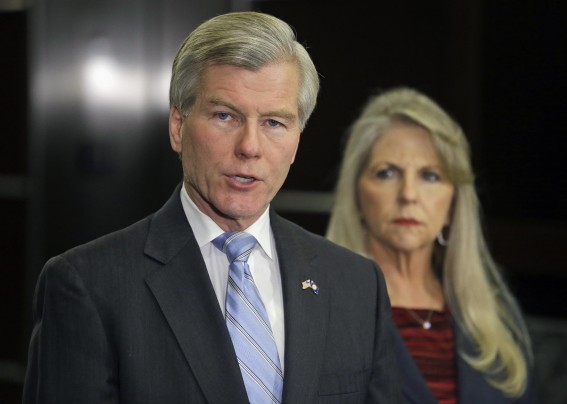 Bob McDonnell and his wife Maureen

It was a long time coming.  In November Governor Bob McDonnell filed for divorce from his wife, Maureen McDonnell, who he previously blamed for their financial woes.  McDonnell is 64 years old. He was Governor from 2010 to 2014.

In 2014 McDonnell and his wife were convicted of public corruption.  The case went all the way to the Supreme Court who threw out the case against them in 2016.