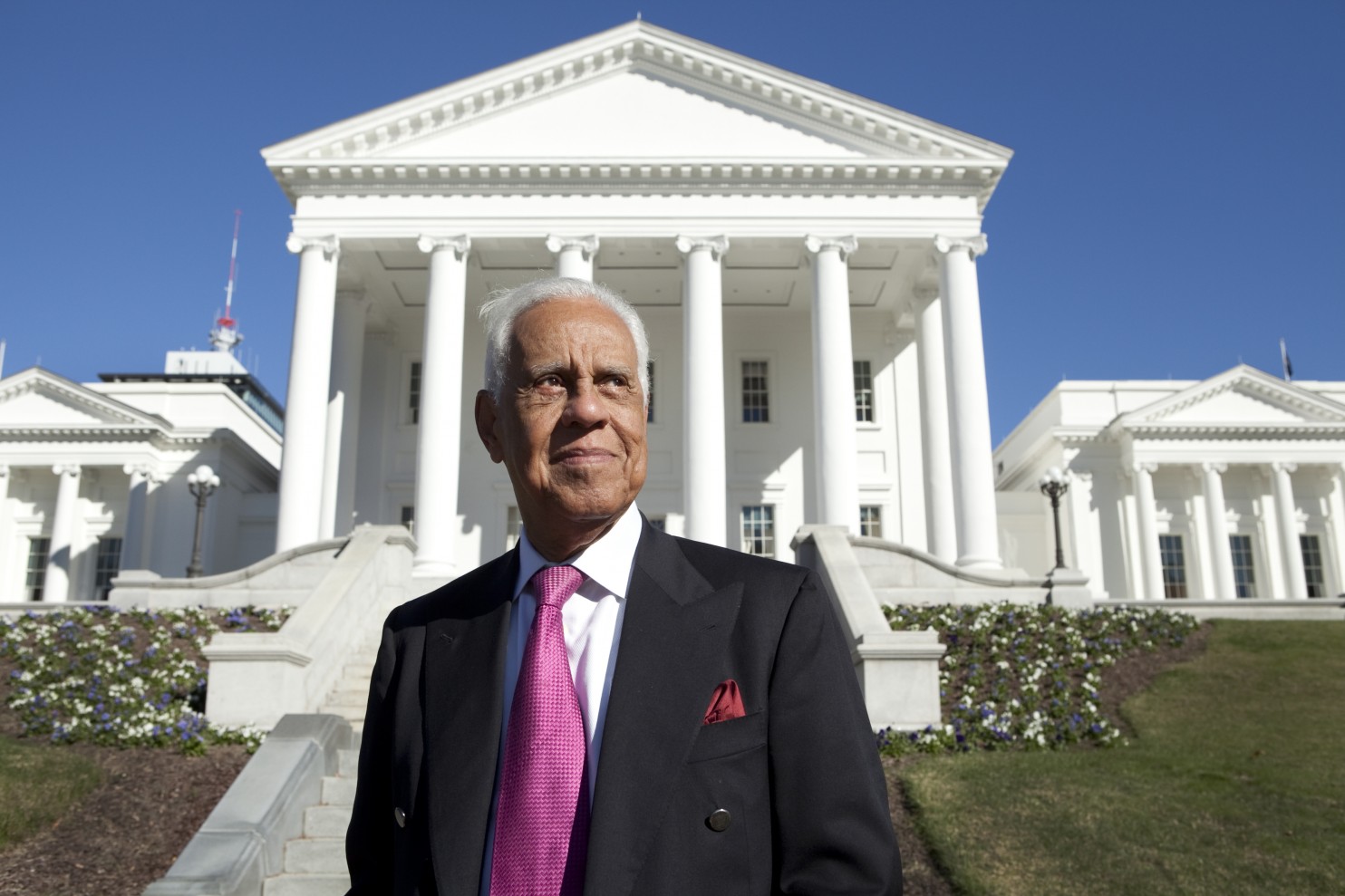 The first Black Governor, Doug Wilder, is very critical of Hillary’s campaign.  He believes Hillary needs to tell African Americans why they should vote for her, what she will do for them, rather than making it all about how terrible Trump is. From the Washington Post,

“When I ran for office, I never mentioned my opponent’s name. I always said, ‘Vote for me for these reasons,’” the 85-year-old Democrat said during an hour-long interview here yesterday. “Even today, she still needs to develop a message.”

Governor Wilder goes on to say many African Americans will not be coming out to vote,

“A lot of Democrats tell me they don’t see the need,” he lamented. “It’s not so much that people are turned off by Hillary as it is that they’re not turned on by anybody.”

“If she doesn’t, the excitement that she needs might not be there,” he said. “For her to go out and say to the African American community, ‘I want you to elect me so that we can continue the legacy of Barack Obama,’ what exactly is it that you want to continue?”

“You cannot win this election without the African American vote,” he added. “Hillary obviously has the necessary qualifications. … But tell me how what you’ve done relates to what (the black community) needs.”

Let’s assume (Trump) is the worst guy in the world. Fine. What makes you better? Because you’re not considered the worst, but right next to it!”

Wilder praised Trump for outreach to the Black Community,

“Whether it’s genuine or legitimate or not, at least he’s doing it,” he said. “Either way, I think it’s good.”

The Governor was an early supporter of Obama but has little good to say about him now,

“The African American community has not been served,” the former governor said yesterday, referring to the last eight years. “Don’t piss on me and tell me it’s raining! In other words, be up front and say, ‘Look, we haven’t done what we needed to have done, and the group that’s most responsible for us being here … hasn’t been served.’ Admit it. Rather than tell people to quit whining when they’re asking for legitimate grievances to be addressed.”

Don’t tell people to quit whining when they have legitimate grievances,” he explained. I’m entitled to my criticism of Obama because I was one of the first people to support him.”

Wilder believes the race in Virginia is closer than the polls indicate,

“The election will be closer than it should be,” he said. “I don’t think it’s going to be a wipeout. They’ll have to work at it. … They’ve made some mistakes in Virginia. … It’s a state no one can take for granted anymore, and I like that.”

He is right on that point, the polls are rapidly closing in Virginia.  In the latest Roanoke College poll, Trump cut Clinton’s lead by more than half in the last month.  In August their poll had Clinton up by 16%, today it’s only 7%.  That’s a huge change in a month!  Moderates and Independents in Virginia are moving away from Clinton toward Trump.

Both Trump and Pence are campaigning in Virginia this week. Trump will be in Roanoke on Saturday and Pence was in Williamsburg on Tuesday night.

Bottom line, things are looking up for Trump in the Old Dominion.

Is there a modern “black” vote anymore? There certainly was a black voter turn out for the first African-American president Barrack Obama in 2008 and 2012 but what is this black vote thing? For that matter is there a consolidated Hispanic vote either? Do middle and working class back voters have in common the same issues as BLM activists or urban welfare based recipients? Republicans and Democrats treat the black vote like it is some bound, consolidated unity and that may be part of the issue in the failure to effectively reach out to these voters.

Obviously black voters share a history of race discrimination and economic exploitation in our countries history but does that mean we should take for granted their support for modern progressive economic and social policies that clearly do not work in their favor or ours. The older generation of black grievance based community leaders are passing from the scene and I would expect to see a realignment of segments of the black voter community with other middle and working class citizens positions and the political candidates they support.

To date the Democrats tend to just take black vote support for granted, the Republicans seem continually confused on who to speak with in the black communities since they have effectively produced no continuous black voter outreach programs. Rand Paul understands the issues I believe and what I’m sure will be uncomfortable for many so does Donald Trump. If you lead people to feel they are incorporated in your political message they will join in and reject the calls of those that wish to build ethnic voting enclaves to their own political benefit.

Democrats will be stunned when they see how this vote turns out..