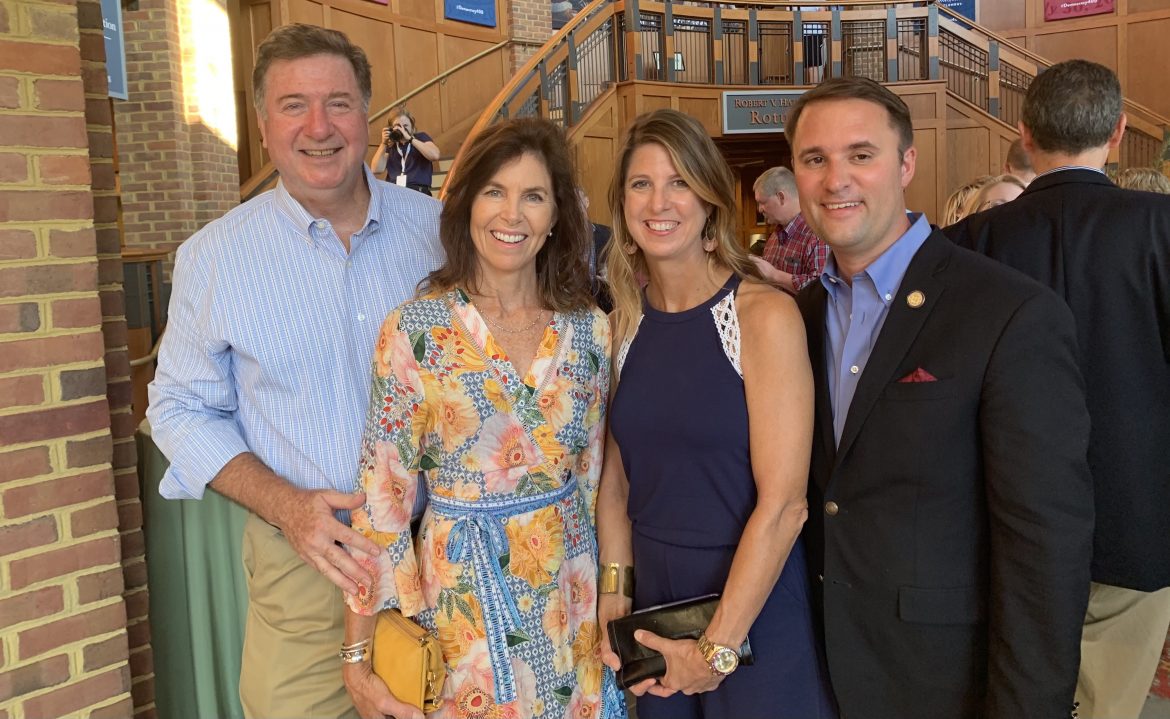 VIRGINIA BEACH, VA – Former Governor George Allen and his wife, Susan, today announced their endorsement of Delegate Jason Miyares to be Virginia’s next Attorney General. Allen served as the 67th Governor of Virginia from 1994 to 1998 and as a United States Senator from Virginia from 2001 to 2007.

“Jason Miyares and his family are the living embodiment of the American Dream in our Meritocracy where everyone has an equal opportunity to work hard and succeed,” said George Allen. “Jason strongly believes in the foundational values and proven policies that will provide all the people of Virginia good job opportunities, better education, and safe communities in every region.”

George Allen continued, “For over 20 years, Jason has been a close teammate and I’ve seen his genuine passion for free people, free enterprise and a consistently respectful manner. I truly believe Jason will protect law abiding citizens, support victims of crime and hold violent felons accountable for their crimes while making Virginia a better place to live, learn, work and raise our families. Jason is the new generation of honest, common sense conservative leadership in Virginia. Republicans and all Virginians should rally around candidates like Jason Miyares because he is a steady, responsible conservative leader of whom we can be proud. And with his authentic, considerable talent, Jason can actually Win, as he has done many times in a suburban region of our state. Susan and I are proud to endorse Jason Miyares to be the next Attorney General of Virginia.”

I’m so honored to have the support of George Allen, a longtime conservative leader for our Party, not only in Virginia but across the nation,” said Jason Miyares. I’m running for Attorney General  to restore conservative leadership back to Richmond for a safe and secure Commonwealth. To do this, we must unite our Party and come together to defeat liberal Democrat Mark Herring.”