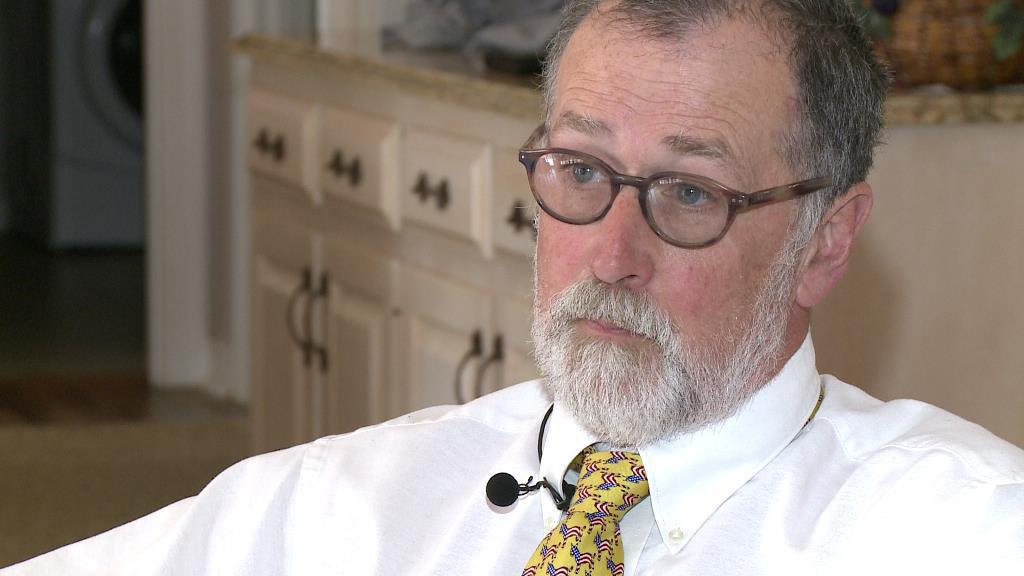 On Monday evening a small number of democrats nominated Kevin Sullivan, a former political coordinator for the International Brotherhood of Teamsters, to represent the party in a special election on January 13th to fill the House of Delegates seat recently vacated by Joe Morrissey who remains in jail.[read_more] On Saturday Morrissey said he would not participate in the nomination process calling it “a sham”.  A federal lawsuit will be filed on Tuesday to prevent Sullivan from appearing on the ballot.

So did Morrissey file the promised lawsuit?

Ah, Republican Rep. Micheal Grimm pleaded guilty to a felony today, said he has no plans of resigning?

Where are the calls for his resignation?

Either make the call, or look in your mirror, and see what a hypocrite looks like!

So we’re going to trade a child molester for a union thug?

Proof Or Not Real on the “thug” claim. Namecalling accomplishes nothing.

Uh, 25 years of dealing with the Teamsters union? The union under Federal court supervision (through a court-appointed Internal Review Board) for more than a quarter century?

Uh, so you have nothing against this guy specifically.

Silly me: assuming association with a criminal enterprise was sufficient.

Not for a personal attack on anybody.

Should we Google Republican Rep. Micheal Grimm to “stay” classy?

He should resign or be expelled. So should Charlie Rangel. What’s your point?

Wasn’t Rangel bought up on ethics charges in the House? Censured? Why wasn’t Yoder, and what about Grimm?

Just as Yoder and Grimm were allowed to run again, and re-elected, so should Joe have had the opportunity. Let the people decide. We have now seen enough BS from both parties this year to take away the will of the people in elections.

My point is to be consistent in the condemnation of those elected officials who are caught in criminal activities and convicted, or who plead guilty. Both parties.

Also, there needs too be ethics reform with that bunch of crooks in downtown Richmond.

The State Penitentiary was moved out of downtown Richmond, why did the criminals get to stay?

If we want to move the criminals out of downtown Richmond, do we now need to move the Capitol?

Thank you. Now I understand your point: because Democrat voters are sometimes stupid enough to return their criminals to public office (see Gerry Studds v. Dan Crane), party officials should allow them to do so.

Well, I do not believe that it was the Dems who returned Micheal Grimm, Kevin Yoder, or Mark Sanford? Was it?

Stupid or not? The call on who to return belongs to the people, not Party hacks.

A good case for stupid mite be believing otherwise!

Uh, Grimm was indicted, not convicted (or had pled guilty) when reelected. Mark Sanford may be an amoral swine, but I fail to see how that compares to child molestation by a man old enough to be the victim’s granddaughter, or even how Weiner’s flashing of his eponymous body part on the Internet compares to Morrissey, for that matter.

And Yoder? Are you out of your mind? If you’re comparing Yoder’s misdeeds (so heinous that I’d never heard of them before today) to Morrissey’s, you’re just a partisan idiot.

And what about NY Republican Congressman Michael Grimm? Why should he be able to serve if convicted of a felony today, yet Joe cannot serve when only convicted of a misdemeanor?

Why did Grimm get to run for office again, and Joe cannot, at least in a normal manner?

Why is it that Republican Congressman Kevin Yoder is still in office? And again, Joe and Congressman Weiner, both Dems, had to go?

but Joe resigned his office. Certainly the US Congress has means to expel its members should it so choose.

Why can we Google “naked Congressman”, and up pops many stories written on the issue of Congressman Kevin Yoder, drunk, naked, exposing himself to his colleagues wives and daughters on a foreign beach in the middle of the night? Why didn’t Republican leadership force him to resign? Will they force Grimm to resign?

I might also point out that this is the same Kevin Yoder who added the bailout provision into the CRominibus. As long as pictures may exist of Yoder drunk and naked in a foreign country, he is a national security risk. Yoder was also allowed to run and be re-elected after his swim.

Why the hypocrisy? Why no threads on Michael Grimm, Jeanine? Why no threads on Kevin Yoder? Why no calls for their resignation? Why is it that only Democrats resign when caught? Isn’t this also part of the “no ethics” beliefs of the Republican Party?

In the Republican Party, seems one gets promoted for being a misfit????

So which Republican will run against the former Teamster?

Yes! Who are the Republicans going to run?!

We have absolutely NO credibility if we can’t even field a candidate. Right, RPV?!?

We have a candidate, see above.

Matt Walton is our candidate. He is an engineering teacher at Glen Allen High School. He sounds like a good guy but it’s Richmond. Morrissey got over 70% of the vote every time he ran and he’s a terrible candidate but he has a D next to his name. Apparently that’s all it takes in the 74th district. Morrissey, the Marion Berry of Richmond.