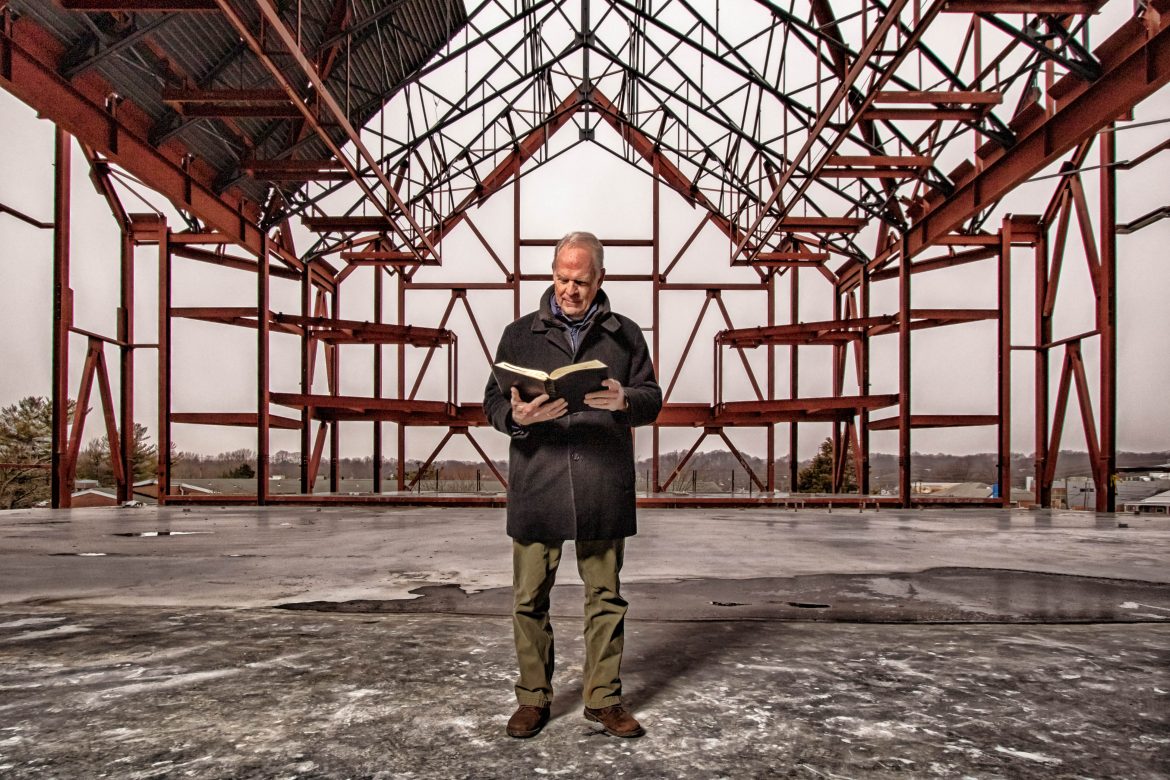 Perhaps you’ve had a specific, defining moment in your life that you can look to and say, “That day changed everything.”

Maybe it was a specific event. Or perhaps it was an intersection that you came to unaware. There were two roads, and both led beyond the horizon. You only knew there was a choice to make, one road or the other.

I came to that intersection thirty-two years ago in an old church building nestled among the trees in Falls Church, Virginia. It was a very peculiar intersection for me.

I wasn’t raised in a church-going family, and while my parents were culturally respectful of faith, they both had difficult and lonely upbringings that somehow did not make room for such things. Since I had never been in church as a child, when I started my own family, I continued that tradition without a thought.

Until, unexplainably, I got up one Sunday morning and dressed my young son and headed out the door to go to this church I had spotted not far away. The Falls Church Episcopal, I read upon arriving, had a pedigree that went back to the 1730s, and the old building had the charm that its years earned. My son and I squeezed into a side pew of the packed church, and followed the service as best we knew how.

Finally, a young man whom the service leaflet identified as the Rev. Dr. John Yates stood in the pulpit and told me that I had just arrived at my intersection.

He explained (I felt at the time he never took his eyes off me!) that the moral confusion from which I suffered and the vast chasm that lay between the man I should be and the man I had actually become, was easily explained: I was morally confused, and I had built my character on the sand of the world’s notions, not on the mountain of God’s truth.

I took the different road that day, and I walked out of that church with a certain knowledge of two things. That Jesus Christ was exactly who he said he was and that the Bible was the most important book that I never read.

This coming weekend after forty years of shepherding The Falls Church as senior pastor, John Yates is leaving the pulpit. I’ve been reflecting a lot on this extraordinary man as he prepares to retire, and his legacy of faithfulness to the Word of God, and the Gospel of Jesus Christ.

In a day and age where there are such weakness, intellectual flightiness, and self-aggrandizement in our culture, our government, our educational institutions, and, yes, the larger church, this man never changed. There is no glitz and no singular or exalted status. Instead, there is a soft Carolinian lilt and authenticity of a man who knows what he believes and why.

Make no mistake, John Yates isn’t a perfect man, but he is God’s man, and that has made all the difference.

Thirty-two years ago I didn’t know that the young rector in the pulpit was already one of the leading evangelical leaders in what was even then a crumbling shell of a denomination, or that he already had a well-earned reputation as one of the finest Bible-teachers in the country.

John Yates stood in the pulpit through the weeks and the many years, and he trained me and thousands like me to love the Word and to become students and doers of the Word. To love our families with the same love the Savior showered on us, and to impact the world around us with the Good News of Jesus Christ.

While critics in and out of the church sniped at the new preacher and his “orthodox” and unapologetic defense of Biblical truth, John Yates attracted individuals and families desperate for certainty in a free-falling culture through Biblically-centered youth ministries, training up home churches, and men and women’s groups.

Hundreds of members turned to thousands, and a large new church building was built next to the old church. And still, they came year after year.

Over a decade ago, when the national church finally abandoned all pretense of the orthodox Christian faith and turned to open apostasy, John Yates stood in the pulpit and led his flock out of the Episcopal Church. He laid out a series of Scriptural and thoughtful sermons, papers, discussions, and Bible studies, making the Biblical case for going our separate ways, regardless of the cost in treasure or public approval. In the end, more than 95% of the congregation agreed to separate from the national church.

Dr. Yates, along with other national evangelical leaders, established a new Anglican church in North America and they did so with grace. The well-deserved scorn didn’t accompany the denominational split for those who would reject the Gospel for the petty trends of a dying culture. Nor was it done with an arrogant “holier than thou.” belligerence. And it didn’t trade in hate. It was ended with a sense of sadness for the poverty that the Episcopal denomination would choose for itself, over the abundance that Gods promises.

The cost for this stand of faithfulness was huge. The Falls Church (and other departing Episcopal churches), lost the church property and the new building that they had funded themselves. And, of course, John Yates lost the work of his life that can be measured in brick and mortar and some longtime friends.

After ten years of high school auditoriums and borrowed churches, The Falls Church Anglican will finally have a brand new church building of its own late this summer. There will be a new rector for the new building and the new era that follows.

But, it didn’t happen by accident.

A faithful and Godly man stood in the breach and passed on the ancient faith for another generation, never counting the cost. The legacy of the Rev. Dr. John Yates exists in the thousands of people he has taught, mentored, and loved with the Truth of God’s Word.

Both my wife and I, and our three believing adult children are blessed to be part of that legacy. It was a road well taken.

Forty Years of Faithfulness was last modified: May 20th, 2019 by Michael Giere