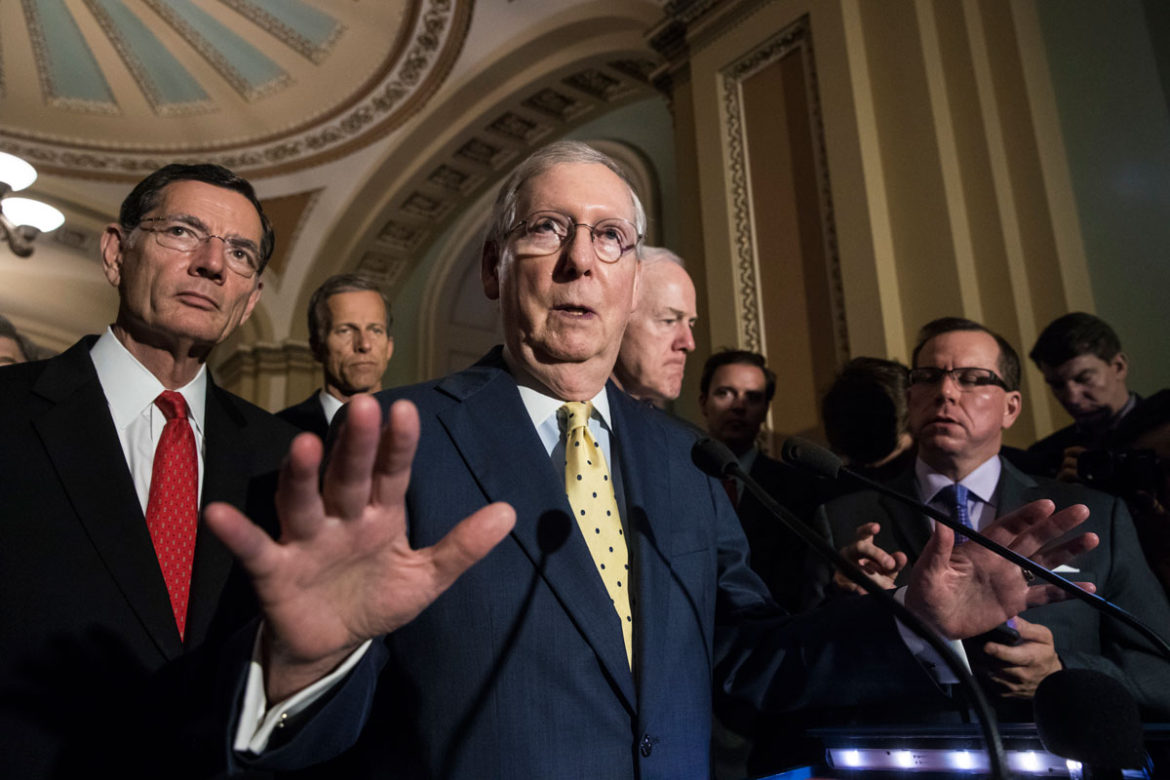 “Currently, for a variety of reasons, we are not ready to vote for this bill, but we are open to negotiation and obtaining more information before it is brought to the floor,” the statement read. “There are provisions in this draft that represent an improvement to our current healthcare system but it does not appear this draft as written will accomplish the most important promise that we made to Americans: to repeal Obamacare and lower their healthcare costs.”

“The current bill does not repeal Obamacare. It does not keep our promises to the American people. I will oppose it coming to the floor in its current form, but I remain open to negotiations,”

Back to the drawing boards for McConnell.

The republican leadership is as guilty of advancing the socialist welfare state as the democrats. Until the cycle of ever expanding government freebies is stopped we will get poorer and poorer bills that will make Obamacare look wonders in hindsight. Our leaders have forgotten to trust the people with Trump, apparently, being an exception in a number of cases.

Wow! You got all your racist, sexist, and anti-American diatribe in one short sentence. Now all you need to do is add an assassination comment and you can confirm that you are an insane progressive.

Deja vu all over again. Some people never learn.

Rand Paul wrote a great proposed bill a while back which should have been the basis of this bill.

Agree, they should have used Rand Paul’s bill.

But it might have lowered costs and increased competition, and the insurance companies don’t want that. And since they were the ones writing the bill…