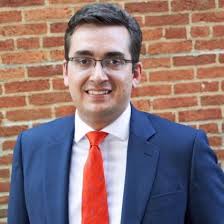 Recently four women in Winchester objected to the Republican Party of Winchester choosing a party canvass to nominate their Commonwealth Attorney, and took the Party to court.[read_more]

These four women plaintiffs did not like the outcome of the vote that established a Party Canvass and they thought a lawsuit was the way to go.  As RPV Chairman John Whitbeck said,

“You can’t take a party to court simply because you don’t like the outcome of a party vote.”

But that’s exactly what these four women did.  They didn’t like their committee vote to have a party canvass on Saturday. Rather than follow the Republican Party plan and appeal the vote through the party, Patricia Jackson, Lauren Holley, Carolyn Griffin, and Suellen Knowles, four disgruntled women (Beau Correll beat Patricia Jackson for Chairman of Winchester Republican committee) decided to avoid the party rules and take it to court.  They lost.

The Republican Party of Virginia was well represented in court on Friday by Leesburg attorney Charlie King.  Attorney Patrick McSweeney represented Party Chair Beau Correll.  Retired 18th Judicial Circuit Court of Alexandria Judge Alfred D. Swersky (all local Judges had recused themselves) tossed the case after a very careful reading and evaluating of both sides.  He said the Party has an avenue for appealing the decision to hold a party canvass and the case had no business in court.  Courts require that disputes within a private group be handled by that group.  Only when all avenues have been exhausted can a private group ask the courts to intervene. A summary of the Judge’s decision:

The by-laws of the party are the sole means to contest the actions within the party, whether or not all appeal rights were exhausted.

The relief sought was not limited to the injury that the plaintiffs claim was caused by a violation of the by-laws. The plaintiffs also sought to have the court require Winchester Republican Committee to appoint a new search committee, bar the chairman from presiding over the nomination process, and set the date and method for the party nomination – which is asking the court to manage an internal party process.

The complaint makes no allegations that any of the plaintiffs’ constitutional rights were violated. It only alleges violations of the organization’s rules. If constitutional issues had been raised, it MIGHT be appropriate for a court to intervene, but none were raised in the complaint. Judge Swersky asked Nate Adams, the plaintiffs’ attorney, if would like to add anything to the complaint at this time. The attorney declined.

This sets an excellent precedent for those who think they can sue the Republican Party of Virginia because they don’t like the outcome of a vote. Clearly they cannot.

On Friday evening after the lawsuit had been dismissed, candidate Marc Abrams decided not to run in tomorrow’s canvass.  Abrams now says he will run as an Independent in November.  The deadline to file for the canvass is 1:00 tomorrow, the time that canvass is due to start.  It appears that Beau Correll will be the only person on the ballot and the canvass will be cancelled. At this time there is no Democrat opponent in the race for Commonwealth Attorney in Winchester but it is assumed someone will file prior to the filing deadline of August 14th.

This frivolous lawsuit by four sore losers has cost the party, and Beau Correll, large amounts of money, money that could have been spent on staff in Winchester to help our Republican candidates win this year and next year.  Our own party members are costing our party tens of thousands of dollars!  Shame on them. Beau Correll has had huge out of pocket expenses defending against this silly lawsuit and he needs our support.  If you can spare any money to help Beau  pay off some of the legal fees that he incurred through no fault of his own, and to help him win in November, please contribute here.

Jeanine Martin hates Democracy and knows she has losing ideas that are fading in support every day. That’s why she writes this garbage and supports a process that favors extremists. Not a shot a Beau, he is actually a good guy but he would have won a primary just the same and people could have voted in a normal fashion.

Beau is a good guy. He helped me in writing the article. He is not an extremist. He supports the party process and not letting the courts decide how a private group like RPV should work. What’s extreme about that? Yes, we know you prefer taking everything to court, and suing the party early and often, but the majority of Republicans prefer going my our rules within the party. If you don’t like the party rules, work to change them.

What’s not normal about voting in a canvass? The majority of people in Winchester, including Beau, wanted a canvass and that’s what they got.

I just sent him a few bucks. Thanks for the link that made that easy to do.

I agree the lawsuit was a ridiculous waste of time but the whole nomination process for this race has been an embarrassment and a disaster in the local newspaper for a couple of weeks. At this point, I doubt the GOP nominee stands much of a chance in November. That is unfortunate.

Congratulations, RPV! In these civil lawsuits, though – doesn’t the losing side (the 4 unhappy gals) have to pay the court costs for the winner (RPV)?

I hate disgruntled bullies trying to use lawsuits as billy-clubs.