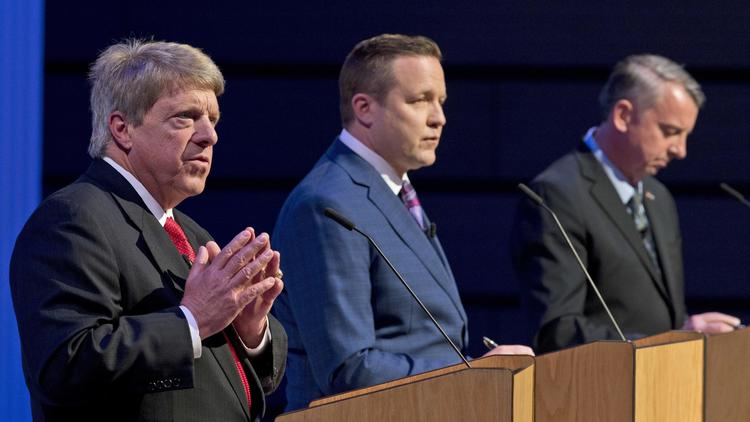 Frank Wagner is the Most Honest Candidate in the Race

While State Senator Frank Wagner and I have very different ideas about what it means to be conservative, he is running one of the most honest and fearless campaigns I’ve ever seen for statewide office. Now, this is also why he remains in the 3rd place, because we Republicans demand pandering from our politicians; but Wagner’s direct, pro-infrastructure, pro-business message is certain to resonate with some.

Senator Wagner is sponsoring the following video clip on Facebook and I’ll be damned if it isn’t a powerful message.

Now, I don’t think it is a coincidence that the Chair of the Commerce and Labor Committee is running a campaign centered around commerce and labor and transportation. However, Senator Wagner isn’t being dishonest about our transportation problems in Virginia. He isn’t lying about the fact that it’s going to cost a great deal of money to ensure that Virginia maintains the kind of infrastructure necessary to support a growing economy.

Thankfully, years of Democrat Governors have sent hundreds of businesses and thousands of jobs to neighboring States, so we haven’t felt the full impact of our declining infrastructure – but were our economy to improve, you better believe we’re going to need more efficient interstates. We’ve got bridges all across the Commonwealth that are literally falling apart and bridges are expensive to replace and even more expensive to continuously fix year after year.

Here in Caroline County, we are already preparing to develop the Route 301 corridor, because Maryland Governor Larry Hogan has just invested over $750 million to expand the Harry W. Nice Memorial Bridge to four lanes, making crossing the Potomac a friendlier option for travelers than risking traffic between Woodbridge and Fredericksburg on I-95. Thank you Maryland.

Now, if we’re going to seriously address infrastructure, we’re going to have to find a way to pay for it. The most expensive way to pay for infrastructure improvements is with debt. So when a Republican like Frank Wagner runs for Governor telling me that improving Virginia’s infrastructure is his top priority and that there is no way in hell he’ll be able to cut my taxes with such daunting spending ahead of us – well, I have to say, that’s pretty darn conservative. If there is one thing President George W. Bush and his Republican-controlled Congress taught us, it’s that there is nothing conservative about the “Tax Cut & Spend” approach to governing. There is nothing “conservative” about debt. There is nothing conservative about promising more services while promising lower taxes.

I’m a Denver Riggleman guy. My vote is up for grabs. I don’t feel that any of the three candidates will really represent my philosophy as Governor and because I’m not defending a candidate, it frees me up to stop and appreciate it when one of those candidates does or says something powerful and convincing. I think Frank Wagner had one of those moments at Liberty University on Thursday night. So… Bravo!

Frank Wagner is the Most Honest Candidate in the Race was last modified: April 14th, 2017 by Steven Brodie Tucker
Frank WagnerLarry Hogan
22 comments