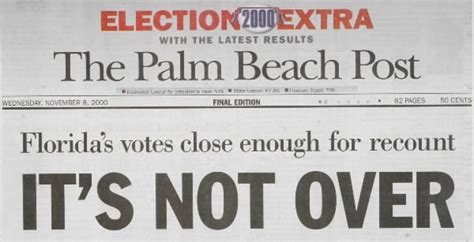 American elections now follow a predictable format. After the votes are counted, if a Democrat comes up short he (she) hollers “I wuz robbed” and tries to get a hand-recount. The higher the electoral level, the louder (and longer) the yelling. This didn’t start with Senator Nelson in Florida, or with Mrs. Clinton in 2016. Its premier happened much earlier – in 2000, with Al Gore in Florida.

After losing a very close election to George W. Bush, but before he made gazillions scaring people about global warming, Mr. Gore spent several years whining that the presidency was “stolen” from him because the U. S. Supreme Court stopped selective hand-recounts in four Florida counties. (He ended up losing Florida to George W. Bush by about 500 votes out of 6 million cast.) For younger readers it’s worth recounting how all that went down.

Two ironies attached to Big Al’s claim of fraud. First, it was actually Mr. Gore’s people who tried to grab the election after the initial tally showed Mr. Bush ahead in Florida by some 800 votes. Democrats still don’t see it that way, but consider the players. Gore advisor Richard M. Daley learned at the knee of an election-stealing pro. His pop, Chicago Mayor Richard J. Daley, helped secure Illinois for John F. Kennedy in 1960 by producing the classic “late-reporting precincts” that pushed JFK over the top. (It was later shown that dead people had voted in Cook County.) The “chip off the old block” was confident that the small Florida margin could be overcome with selective “recounts,” but he made a critical mistake.

That mistake was trying to steal the election in broad daylight. Mr. Daley demanded hand-recounts in four heavily Democratic Florida counties (Volusia, Broward, Dade, Palm Beach), but the Bush people were wise to the ploy. Also, Democrats’ plans to throw out military absentee ballots – usually heavily Republican – were leaked to the media, provoking a noisy scandal. A battle through the Florida courts produced a Florida Supreme Court ruling that endorsed the selective recounts – virtually guaranteeing a Gore victory. But this sparked a furious protest by about 100 Republicans at the Miami-Dade election-division offices. Officials were so spooked by the uproar that they stopped the Dade County recount. Finally, the U. S. Supreme Court reversed the Florida Supreme Court ruling. All selective recounts were halted, and Mr. Bush was declared the winner 35 days after the election. 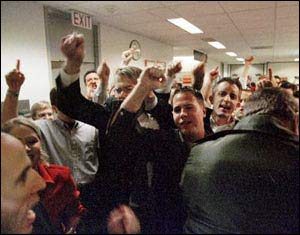 The second irony was that Florida-wide recounts sponsored by newspapers and various organizations during 2001 showed Mr. Bush the clear winner in every case. This does not mean, of course, that Mr. Daley’s selective methodology would have produced the same result. There are recounts and there are recounts. Mr. Daley’s kind had to be done in the dark of night. Dear old Dad understood this, but Dick-boy must have snoozed through that lesson.

After the 2004 election, John Kerry made a similar spectacle of himself by charging that Ohio was “stolen” from him because Democratic voters who stood in voting lines for eight to ten hours had been “disenfranchised.” He insisted that many of these voters – most of them Democrats – gave up and went home. The claim was repeated so often that it gained “urban legend” status and was widely believed. It seemed serious enough to merit investigation by federal election officials.

Those investigations failed to produce anyone who admitted quitting an Ohio voting line after hours of waiting. Although some individuals claimed they “had heard” of such cases, no one was found who actually did it. In fact, no one was found who waited more than an hour or two at the Ohio polls. A New Hampshire friend said he waited two hours to vote. But his district is Republican and, of course, New Hampshire is not in Ohio – at least, not yet. Had the alleged long Ohio lines occurred in heavily Democratic districts, those polling places would have been run by Democrats, who would have disenfranchised their own voters by slowpoke-voting. The whole silly idea collapsed under its own weight.

Nevertheless, the legend lived on – promoted by various Democrats. In a long article to Rolling Stone magazine (“Was the 2004 Election Stolen?”), Robert F. Kennedy, Jr. charged that “…at least 357,000 [Ohio] voters, the overwhelming majority of them Democratic, were prevented from casting ballots or did not have their votes counted in 2004” – but gave no details on how this was done. Mr. Kennedy also claimed that “upwards of 80,000 votes for Kerry were counted instead for Bush” – a swing of 160,000 votes that could have turned the national result, since the Ohio election was decided by 118,000 votes. Again, however, he furnished no evidence for that claim.

Senator Dodd (D-CT) also repeated the long-voting-lines legend: i.e., “People waiting in line for twelve hours to cast their ballots, people not being allowed to vote because they were in the wrong precinct – it was an outrage.” He also presented no evidence for his long-waiting-lines and vote-suppression allegations.

Those claims brought to mind the tales of “starving” Americans, circulated in the 1980s to demonize the “heartless” Reagan administration. None of the stories was ever substantiated. At the time, columnist Patrick Buchanan observed that if a single American had actually starved to death, we would know his name. Just so, dear reader, had anyone in the country really not voted after waiting 12 hours, we would know all about him. He would be a Democratic poster-child.

In the man-bites-dog category, a losing Republican gubernatorial candidate protested the 2004 election in Washington State – although he did not charge fraud and did not demand a recount. Republican candidate Dino Rossi had apparently defeated Christine Gregoire by 261 votes (of 2.75 million cast). An electronic recount reduced Mr. Rossi’s margin to 42 votes, but Democrats paid for an additional hand-recount, which election experts warned would be less accurate.

Mr. Rossi protested a less accurate count superseding a more accurate one, but the hand-recount proceeded, putting Mrs. Gregoire up by 10 votes. Her lead became 130 after a state Supreme Court allowed 732 formerly excluded ballots in King County (a Democratic bastion) to count. Republicans sought redress in the state courts, but a Washington Superior Court judge finally ruled, in June 2005, that Mrs. Gregoire’s election should stand. The recount ploy had succeeded.

Another cry of “fraud” came from Rep. Cynthia McKinney (D-GA), following a 2006 primary election in Georgia’s Fourth Congressional district. A colorful public figure, Rep. McKinney had a highly publicized dust-up with Capitol Police, earlier that year, when she failed to show her Congressional badge at a security checkpoint. A guard tried to restrain her from entering, but Miss McKinney fended him off with a thrust of her cell phone and angrily flounced inside. The Keystone Kops incident was caught on security tape. (A subsequent public campaign was launched to “get the assault cell phones off the street.”)

When the Capitol Police refused to let the matter slide, the congresswoman charged the officer with “inappropriate touching” – wording that suggested she had been “groped.” As charges and counter-charges flew, Miss McKinney complained that she was “racially profiled” because she is black and had changed her hair-style. (My readers will understand that material this good – as Will Rogers would have agreed – can’t be ignored.)

But I digress. We were discussing elections, not hair. As a member of the House of Representatives, Miss McKinney had to face the voters in her district every two years. An incumbent is usually unopposed within his/her party, but the congresswoman’s brush with the Law and her unprofessional reactions spelled political vulnerability back home. Hank Johnson, a member of the DeKalb County Board of Commissioners challenged Miss McKinney for the Democratic nomination for her seat. They finished nearly dead-even – each winning 47% of the vote and forcing a primary runoff on August 8th.

True to form, Miss McKinney immediately cried “fraud.” While votes were still being counted she charged that the Diebold electronic voting machines had malfunctioned. She vowed to challenge the election, but ultimately did not. (How about a hand-recount?)

Evidently, voters followed Miss McKinney’s DC shenanigans more closely than she had realized, and they didn’t approve. Her margin in her own primary should have been overwhelming. But her challenger unseated her in the runoff, and she was toast. Ditto for Mr. Gore and Mr. Kerry. Voters tolerate a lot of things, but a poor loser isn’t one of them. 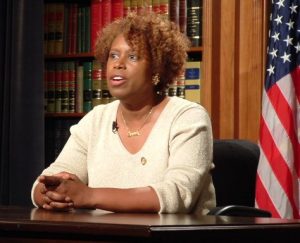 Al Franken’s 2008 election as a U. S senator from Minnesota took voter-fraud to a new level. His 312-vote margin over incumbent Senator Norm Coleman – after numerous recounts stretching out six months beyond the election – was probably produced by votes from convicted felons. Although felons were not eligible to vote in Minnesota, records show that at least 341 voted in Minneapolis’s Hennepin County, and another 52 voted illegally in St. Paul’s Ramsey County. Al Franken was the deciding vote for Obamacare in 2010. Elections have consequences.

Stealing elections is clearly a work in progress, as recent fiascos in Florida (again!) demonstrate. 2018 has brought new stories:

Once again heavily Democratic Broward County is in the spotlight – either for sheer incompetence by election officials, or for outright fraud. At the center of the chaotic two-week-long attempts to count and recount the 700,000-plus ballots cast in Broward County – one of Florida’s largest – has been Supervisor of Elections Brenda Snipes. She had operated quite free of any legal oversight until Florida’s Attorney General Pam Bondi ended the recount-drama by opening an investigation, on November 14, into possible election-fraud in the county.

In Georgia, Brian Kemp won a very tight race for governor over Stacey Abrams by a margin of 55,000 votes out of 3.9 million cast. While conceding that Mr. Kemp had enough votes to win, Ms. Abrams complained that “…just because something is legal doesn’t make it right.” She had previously charged racial bias in the exclusion of ineligible voters.

Back in 2000, during the selective recounts in Florida, my daughter (an attorney) called me one morning to relate TV-coverage she had seen of a room where hand-recounting was proceeding for one of the Florida counties. She was very upset. “People are walking all over the room!” she said. “Some ballots have fallen on the floor. People are riffling packs of ballots like they were playing cards.” (She was practically shouting now.) “This is evidence! You can’t handle evidence that way!” (Evidently, though, you could in Florida.)

Her expert critique of that chaotic situation has stuck in my mind, for it gets to the very heart of the problems we’re having with elections. Until we know that we have trustworthy officials handling (and protecting) ballots like evidence in every location, every close election will feature the kind of mess we’ve been seeing in Florida. People who think they can benefit from corrupted and stolen elections have no idea how dangerous this is. They are juggling a live grenade. Distrust of our elections will tear our Republic apart faster than anything else. No faction or party will be the winner in a corrupted election system.

This must all be cleaned up, sooner rather than later – probably by a national commission. If we fail to do it, we’re all going to be in big trouble. We ain’t seen nothin’ yet.