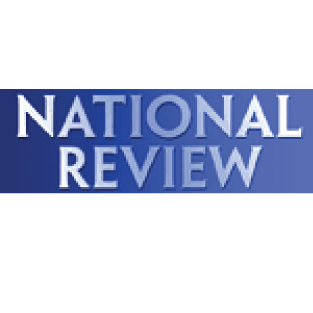 When is the last time one of these D.C. intellectuals talked to regular working men and women in America? They don’t find them at their $500 a plate black tie Washington cocktail circuits…

In an exclusive interview with Breitbart News, Virginia radio talk show host John Fredericks blasted National Review’s “Against Trump” edition, explaining that the “elitist” contributors are “terrified” because, “if Trump becomes President, suddenly they’ll have one vote, just like the rest of us. No more special access. Just one vote.”

“They’ll have one ticket to a Trump rally, just like the rest of us,” Fredericks said.

“Trump has empowered working people who have been disenfranchised and cut out of the system. This means that the so-called Conservative Corporate elitists at National Review — pining for open borders and more cheap labor for their donor benefactors will no longer have their special access — and it’s driving them nuts. Read more.

Thanks John, I show your endorsement to all I can.
Heck just 4 years of focus on America and Americans will be fine, possibly trickle down and get some ears open in Virginia , hey guys { R’s } listen to the citizens.

This is rank nonsense. Trump represents no one other than the Trump Organization and his cronies.

Proof you are WRONG – right here and now! I’m a real Vulgarian Virginia lady, and not one of his cronies, but Trump represents me JUST FINE! #MakeAmericaGreatAgain

Trump sees folks like you as a means to an end. If he doesn’t win, he’ll walk away from politics and not look back.

We know that Trumps vast support comes from the illegal alien issue.
Republicans have failed America { and Virginia } on this for their inaction.
Our General Assembly { Republican Majority } is tasked with Federally mandated Employee misclassification legislation , what are your or the Republican recomendations in this legislation to combat Virginias underground labor market which is responsible for the growth of illegal immigration whithin the Commonwealth?

And the GOPe represents their cronies. We have tried them and they gave us a trillion dollar war, endless spending, open borders, the Patriot Act because they won’t enforce a border so they have to spy domestically, the Omnibus spending bill, bailouts of corporations and Wall Street, So what is the difference if we try Trump? NOTHING>

False dichotomy. If the only candidates were Trump and Jeb! Bush, maybe that’s an argument. But that’s not the case.