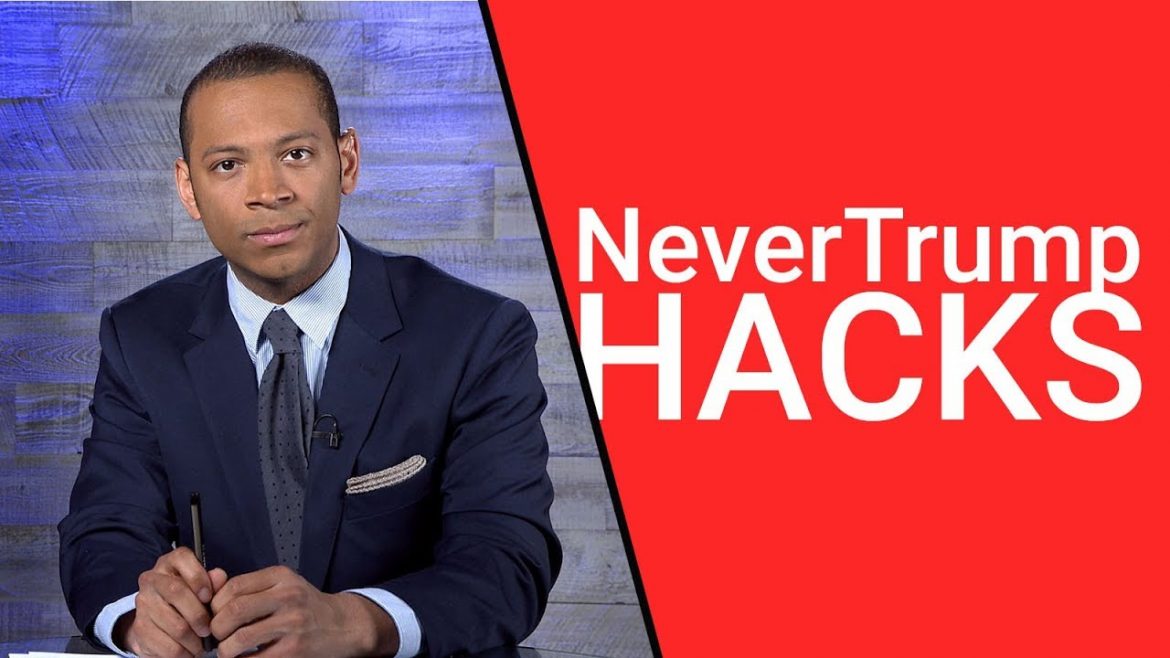 Fake Republicans and #NeverTrump-ers are now the hottest media show on Earth.

Starting in 2015, the legacy media created a new business model, a get rich quick scheme for all the phony Republicans who were swept away in President Trump’s America First movement.

Here’s how it works: Attack Donald Trump and draw new ratings and clicks after years of declining revenues. The New York Times perfected the model, as exposed by their terminated editor, Jill Abrahamson, in her new book, “Merchants of Truth.”

As they continue to advance this strategy, the mainstream media has now found new allies to give them the cover of legitimacy in their quest to destroy the President.

From CNN’s Jim Acosta to MSNBC’s Rachel Maddow, journalists and television presenters across the media landscape have discovered that relentlessly attacking Trump is a surefire way to gain more exposure, fame, and money in today’s #FakeNews media.

Acosta, for example, recently scored a deal for a new book titled: “The Enemy of the People: A Dangerous Time to Tell the Truth in America.” You’re kidding me right, Jim?

As one of the most prominent faces of the #FakeNews-ers, Acosta may be an enemy of the people, but he didn’t attain that status by telling the truth.

Like sharks smelling blood in the water, even lifelong Republicans have begun clamoring to get a piece of the action, carefully cultivating their anti-Trump credentials in hopes of securing a high-profile gig in the mainstream media as a reward.

The White House pressers devolved from a sacred place for reporters to get information out to their respective audiences to a televised audition of “get-a-gig.”

Now former Arizona Republican Senator Jeff Flake is cashing in after spending the last two years attacking his own party and helping the Democrats obstruct Trump’s agenda at every turn. This, of course, after realizing he couldn’t win a GOP re-nomination primary for another term.

When Trump fulfilled one of his core promises to the American people by nominating Brett Kavanaugh to the Supreme Court, Flake nearly blew up the entire confirmation process by siding with Democrats in demanding further investigation of the allegations made against the nominee.

As a result of this public stunt, Flake now has a cushy job as a paid contributor for CBS News, an arrangement that was formally announced by the network in late January.

Enter John Kasich, #NeverTrump-er extraordinaire, former governor of Ohio and failed GOP presidential candidate, another so-called Republican who is now translating his anti-Trump animus into a new career in punditry. During the primary campaign of 2016 we at the Trump team called him “one state Johnny” (Kasich won one state … his own).

Kasich has repeatedly criticized the president ever since Trump humiliated him in the 2016 Republican primaries. He even argued that the narrow GOP victory in a special election last August to fill one of Ohio’s seats in the House of Representatives was evidence that President Trump was hurting the party’s electoral prospects.

“What you had is, I think, a message from the voters to the Republicans that you’ve got to stop the chaos and you’ve got to get more in tune and stop alienating people,” Kasich said at the time. “It wasn’t a good night.”

Republicans won the seat along with Ohio governorship in November.

Hiring these #NeverTrump Republicans doesn’t mean the legacy media are moving toward the political center, though, although that’s the perception the #FakeNews media is trying to cultivate.

The real reason establishment Republicans such as Flake and Kasich are flocking to cast their lots with the liberal press is simply that it’s the only place left where Trump Derangement Syndrome is still a click-bait affliction.

Also published at the newsadvanced.com