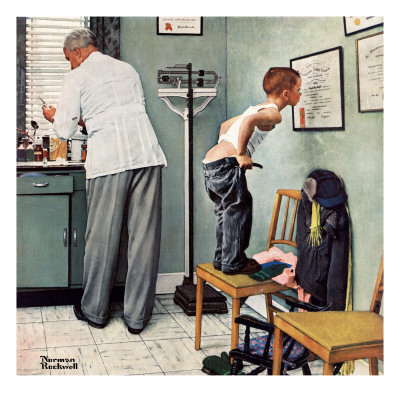 If you have enough years under your belt for perspective, you have to marvel at the power of innovation, competition, and personal choice in a free marketplace to shape our lives – expanding quality and selection while relentlessly driving down cost and price.

In just the last 30 years – barely a generation – the introduction of personal computers, cell phones and smart phone devices has revolutionized information, its amalgamation and distribution while at the same time driving prices down.

Innovation is a relentless force, as inevitable as iron replacing bronze.

Perhaps no example of how innovation, competition and free market forces have changed the world in modern times is more illustrative than this revolution in communications and information triggered by Alexander Graham Bell’s patent of the telephone and its first use on March 10, 1876. The world was changed forever in thousands of interrelated ways. One innovation leading to the next in an ongoing process.

Likewise, the introduction of Henry Ford’s Model T in 1908 revolutionized transportation and mobility just as Mr. Bell’s phone had done to communications. It drove down prices, making automobiles widely available, and ignited more innovation and competition that further revolutionized life in thousands of interrelated ways, and it is still going on.

The free market of ideas and the development and application of those ideas is so efficient and so productive compared to centralized or command methods of developing and utilizing resources and time that it stands as self-evident, because it imitates what can be observed in God’s natural order. It just is.

Which brings us back to Obamacare and the insatiable appetite of the “political class” to centralize and conform the use of medical care in all of its various forms to a single system, or to manage its delivery through centralized control structures. Doing either goes against everything known about how to efficiently and effectively organize human industry and activity.

Now we have the spectacle of Obamacare crashing – actually it never got off the ground – by the weight of its own contradictions. It is a deliberate (and unconstitutional) attempt to socialize and regiment every citizen, and to further drive wedges into the culture. Centralized power always seeks more power, all dressed up with “free” handouts and high sounding “compassionate” policies that are actually antithetical to very meaning of the word.

Yet even Republicans decided in their now-aborted replacement “plan” to retain enormous command and control in Washington for the process of healthcare delivery. Why?

Republicans, having watched this debacle put in place by a rouge President and Congress, surprisingly punted (Republicans Punt on Healthcare) the opportunity handed to them by the voters, and missed the chance to begin “rethinking” a process started fifty years ago to centralize and “socialize” the medical apparatus in the U.S. They seem unconcerned that the programs that have been socialized or placed under uniform command structures in Washington simply don’t work well.

It doesn’t work in the Veteran’s Administration, where the socialized model is a failure in both cost and delivery of services. Just ask our returning veterans. From broken systems to indifferent bureaucrats, the VA system creaks and groans, and always has. (The VA Can’t be Fixed, 2014.)

It doesn’t work in Medicaid, which is a financially untenable program originally designed to help the nation’s poor, yet now covers a staggering 75 million Americans, including many new enrollments signed up through Obamacare. While states and the federal government split the cost of the program, Medicaid has now grown to nearly 25% of all state budgets, imperiling other state imperatives. In addition, the GAO reports that $60 billion, or roughly 10% of Medicare’s budget, is lost to fraud and abuse (others think it is much more) – and the delivery of service is shrinking rapidly as nearly one third of doctors refuse to take Medicaid patients because of its unrealistic payment schedule.

Nor does it really work in Medicare, where the average lifetime contributions paid through taxes only cover about 40% of the average recipient’s medical expenditures once in the Medicare system, in spite of two decades of reforms and price controls on doctors, hospitals and service providers.

Meanwhile, Medicare continues on an unsustainable trend line towards insolvency, according to many analysts, which would require mind-numbing budget deficits or massive tax hikes to fund.

The question that begs to be asked is pretty simple; why can’t we try freedom and personal choice, doing what we know works best?

It’s the perfect opportunity to reclaim innovation and turn to the market place, allowing citizens and their employers the option to personally manage and pay for their routine health requirements, tailored to their own needs, using tax free individual, portable and lifetime Health Savings Accounts, or by joining doctor run co-ops or family clinics – with high deductible insurance for catastrophic events, with deductibles met using the HSA.

Or, to shop for any combination of insurance program that fit their needs, sold across state lines and free from the “one size fits all” mandates demanded by national and state politicians.

Politically, the Republicans cannot dillydally. Letting the issue fester unresolved introduces doubt, fear and political opportunity for the radicals. Repeal Obamacare in one pass, “rules” notwithstanding, and provide the country with simple, straight forward market based solutions, working in the longer term on tort reform and high risk pools.

Doing nothing is not an option.

One thing is certain; the best solutions to health care for Americans start around each family’s kitchen table, not behind the cold granite walls of Congress. Once people start using their own money and start making their own choices, the healthcare industry will begin a process of innovation that will revolutionize the system from the ground up.

“Repeal Obamacare in one pass” ….. “provide the country with simple, straight forward market based solutions, working in the longer term on tort reform and high risk pools.”

Michael you netted out the whole issue in 27 words! My hat is off to you with my deepest respect. You know maybe when us older individuals with the experience of years go to the sidelines to allow the younger generation to step up and take the reins we aren’t doing them and the country any big favor. The healthcare issue has become so entangled in non relevant partisan political backbiting that many have seemed to misplaced the central point of the whole effort of the discussion.

That central point is to alleviate the pain and suffering of the young, the infirm, fellow family members that share the unfortunate fact of being afflicted with damaged health, as well as, to provide for the overall general well being of the Republic’s population. It is not to determine whose political advocates know best – progressives, establishment or conservatives or what political philosophy needs to be ascendant for the masses. To get the problem solved we need to get back on the right path, cut the political posturing and work with whomever is willing to focus on problem solving irrespective of party or creed (yes that includes the Democrats). Right now NO one is looking good and it’s past time to cease with the posturing and start looking for areas of cooperation. An elected official greatest contribution is “to serve” the people NOT just solely their political or party interests. Let’s get our thinking back on track on this critical issue. You have given us a starting place.

It was difficult to get past your first example, telecommunications, because government seeded its development with capital when markets failed to monetize the opportunity:

The Communications Act of 1934 … made the concept of universal service the law of the land. This cornerstone of telecommunications policy called for “making available, so far as possible, to all the people of the United States a rapid, efficient, nationwide and worldwide wire and radio communication service with adequate facilities at reasonable charges…”

“By World War II, it was clear that rural telephone systems had reached an impasse. The farmer systems continued to deteriorate. Rates were low, and capital was inadequate to upgrade the networks. As a result, fewer farmers had telephones in 1940 than had them in 1920.”

“In late 1944, a bill was introduced in the U.S. Senate to establish a Rural Telephone Administration modeled after the already successful Rural Electrification Administration (REA). Action finally came in 1949
on bills to amend the Rural Electrification Act, making long-term, low interest loans available to rural telephone systems. The availability of low-interest loans sparked a new era of growth for rural telephony,
which continues today. More importantly, the availability of high-quality telephone service at reasonable rates improved the quality of life for millions of rural Americans.”

Mo Brooks bill is the way to go… call your Congressmen people.

“Yet even Republicans decided in their now-aborted replacement “plan” to retain enormous command and control in Washington for the process of healthcare delivery. Why?”

Because it is also true that absolute power corrupts absolutely and with Republicans holding all levers of power it is time for everyone to put their hand in the cookie jar.