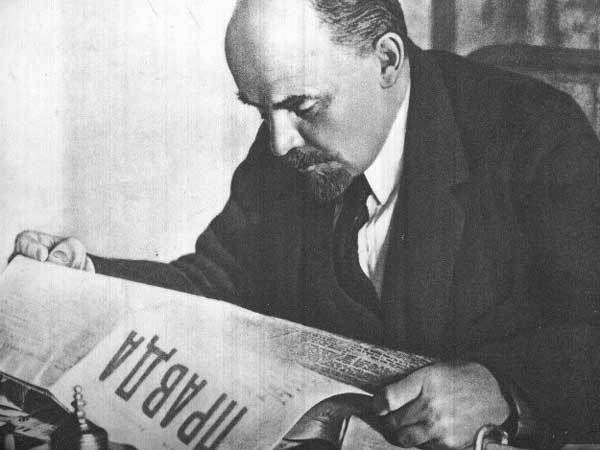 Freedom of the Press and Freedom from the Press

The First Amendment to the U.S. Constitution says simply that Congress shall make no law “abridging the freedom of speech, or of the press.” The courts have since bent over backwards to interpret and re-interpret the intent of the framers of the Constitution, depending on who the aggrieved parties were and whose interests were at stake.

The courts ruled on what is protected speech and what is not, how far journalists can go with their information, and how far they are protected when compared to private citizens.

For the longest time, the American public believed the press, the major newspapers, beloved radio personalities whose political biases nobody knew because they never made them public by staying neutral and objective, and sources such as NBC, ABC, and CBS.

We took pride in America in the freedom of expressing one’s opinion without the fear of going to jail for their views. We also knew that, by expressing such a view people left themselves exposed to judgment by their employer with the potential of losing one’s job or of being ostracized from certain organizations.

One of the basic “tenets” of the communist revolution was a free press.  Lenin was quite descriptive in his version of freedom of the press – “We demand immediate and unconditional recognition by the authorities of freedom of assembly, freedom of press and an amnesty for all political prisoners and dissenters. Until this is done, all words about tolerance, about religious liberty, will remain a miserable game and an indecent lie. Until freedom of assembly, of speech, and of the press is declared, there will not disappear the shameful Russian inquisition which persecutes profession of unofficial faith, unofficial opinions, unofficial doctrines.” He was, of course, referring to his communist brethren who were languishing in prison for various offenses, he had no interest in extending such freedom of the press to those who disagreed with the communist ideology. (Lenin, “The Autocracy is Tottering, Sochtneniya, Vol. VI, p. 314)

Nikita Khrushchev talked about an “objective press.” He decided which articles were objective and asked that they be published in the Soviet press because he believed they were “truthful and objective.” He was the arbiter of truth. But the “free press” the Soviets were cherishing was not really the press that the West viewed as free.

At the time, Turner Catledge of The New York Times wondered why foreign correspondents were censored by the Soviet Union but were not censored in the West. As we well know today, major U.S. publications are quite leftist and openly support socialism, the precursor to communism, and censor those who disagree with them.

Khrushchev responded to Catledge that wasting money on telegraph communications and paper would harm society with news that distorts the real life of Soviet Russia and slander and manufacture instead of benefiting society. In such cases, he said, the authorities are justified in withholding false reports and not publishing them.

The USSR Constitution guaranteed “freedom of the press.” Pravda (The Truth) stated on December 26, 1958, “Article Seven – Anti-Soviet agitation and propaganda. Agitation or propaganda, conducted with he aim of undermining or weakening the Soviet power or committing individual, particularly dangerous crimes against the state, the spreading of slanderous fabrications with he same aim, defaming the Soviet state and social order, and equally the spreading of printing or storing of literature of this nature with the same aim will be punishable by imprisonment for a period ranging from six months to seven years or banishment for a period ranging from two to five years.” Discussions of war (“war propaganda”) was particularly distasteful and egregious to the Communist Party. So much for freedom of the press, Soviet style.

TASS, the communist party approved Soviet news agency, said in 1959, “We have no censorship, only control to prevent misuse of the freedom of the press.”

As most historians know, it was mandatory for all regional (oblast) newspapers in the Soviet Union to publish the exactly worded propaganda that appeared in Pravda. It was like today’s Democrat party giving its marching orders to anchors on various leftist channels who repeat the script religiously.

The answer was priceless. Subscribers to the New York Times in the Soviet Union were almost non-existent because“Soviet people want the truth and your papers print a lot of untruths and misinformation. Why should we force that on our readers?” The Soviet authorities want their people to understand internal and international events more clearly and not be misled. And western journalists are incapable of understanding the Soviet writers and poets’ literary work. “You understand their literary work quite incorrectly.” (To James Reston of The New York Times; TASS, Oct. 11, 1957)

A “bourgeois newspaper” correspondent not “rightly assesses what he sees, just as not everyone can gaze at the heavens and see the sun as it really is.” In other words, the press can be “objective,” but the definition of “objectivist” is “objectionable” by Soviet ideology.

An op-ed in Pravda on January 27, 1960, said, “The press is a powerful force in the ideological indoctrination of young persons. However, at one time certain newspapers and journals of Latvia were somewhat drawn to objectivist reporting of various aspects of life in capitalist countries. Weak and ideologically depraved literary works were also printed. Party agencies were forced to take serious measures for improving the ideological content of printed matter.”

The oppressed proletariat in the Soviet Union and the other Iron Curtain countries was not stupid. They watched shows like Dallas and saw for themselves how American people lived under the maligned capitalism and the abundance of food in their grocery stores while communist stores were empty. They knew there was a better life beyond the tall barb-wired fences that kept them prisoners in the communist grey paradise.

It is laughable when an apparatchik was quoted saying, “In Moscow there is no censorship. Every correspondent can write what he wants except lies.” And that correspondent would never be heard from again after writing what he wanted.

William Randolph Hearst, Jr., agreed that the free American press has a different view of censorship from Khrushchev’s view. “If I fired everybody who wrote opinions with which I disagree at times, I’m afraid we would not have many people left in the editorial department.”

What about the “freedom to listen” to programs that the communist party found objectionable? The Soviets jammed the Voice of America radio programming because, they said, those voices were dissonant, and the communist authorities did not want the Soviet people to have a “wrong picture of the American people and their voice.”

Speaking to the Economic Club of New York on September 17, 1959, and Irritated that the public was interrupting him, Khrushchev offered to stop speaking if they did not want to hear what he had to say. “The Question of how and what our people should hear is the affair of our people. These questions are decided and will always be decided by the Soviet people themselves and their Government, without foreign interferences.”

It is sad to note that today, conservative Americans have restricted access to social media platforms, and many are periodically banned, and some are shadow banned. Invisible computer censors tell us that we “violate community standards” if we try to read an article, post a photograph, or a video that the leftist censors find objectionable. We are not sure exactly what these community standards are, but they must be quite specifically designed to encompass only conservatives and their viewpoints.

Some conservative Americans have the means to fight back against censorship in a court of law, which is something the communist era victims were not permitted to do. Coral Gables is being sued right now for censoring the showing of the ‘Trayvon Hoax’ movie. Unfortunately, few win against the powerful progressive machine that controls the freedom of speech and the freedom of the press. https://www.wnd.com/2020/01/american-city-sued-censoring-trayvon-hoax-movie/?utm_source=Email&utm_medium=wnd-newsletter&utm_campaign=dailyam&utm_content=newsletter

In the era of algorithmically designed information highway, do we really have freedom of speech, the freedom to post an opinion, to listen, read, or view? When the press receives its marching orders from the leftist elites who own all venues of the mainstream media, do we still have freedom of the press even though it is guaranteed in the Constitution? What good is a guarantee if it is not enforced? Do we even have freedom from the fake press that overwhelms the airwaves, bookstores, and the printing press?

Freedom of the Press and Freedom from the Press was last modified: January 9th, 2020 by Guest Contributor Dr. Ileana Johnson