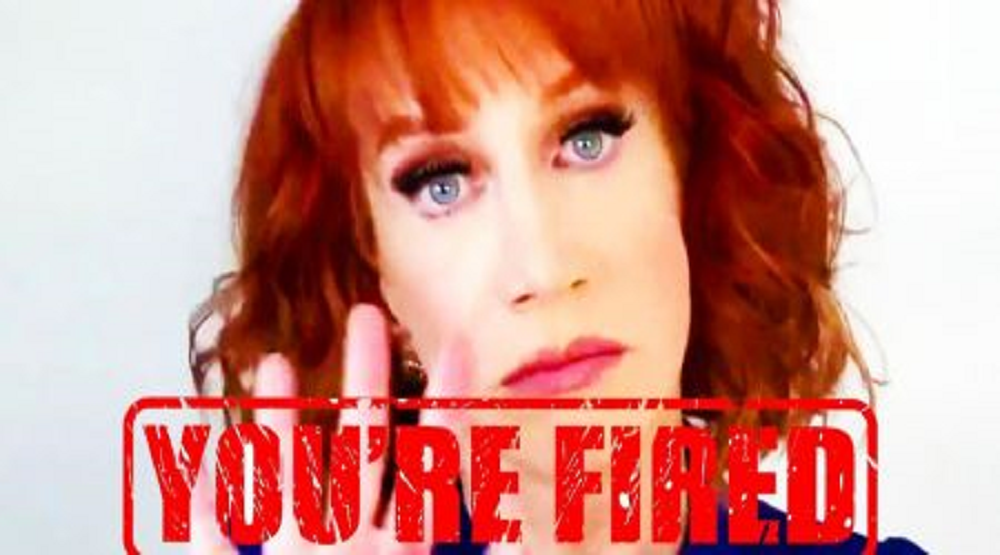 From Deplorable to Beheading

It was bound to happen. When Hillary Clinton opened the “basket of deplorables” and described what was in it, she set the stage for an increasing crescendo of insults and intolerant acts by her Democrat and leftist supporters.

The day after the presidential election Democrats were in shock, vowing to recheck everything and inventing an excuse for doing so. The Russians were the bad guys. They somehow “stole the election” was and still is the “go to” excuse. Then the day after the inauguration, it became non-stop impeach, impeach, impeach. The fact that Trump hadn’t made a single decision didn’t dissuade the impeachment “calls”, many of which were based on the very things that Obama and Hillary actually did. But onward and upward they persisted, or maybe downward to a hell of their own making, the Democrats screamed a constant stream of insults supported by lunatic often violent protests.

However, when you scream with an assortment of four letter words, see DNC Chair Perez, mockingly use gutter imagery, see Colbert, and more someone will eventually drift well beyond any civilized bounds. Thus enters Kathy Griffin.

By now, we all know of the bloody beheading picture of Trump. It was sufficiently gruesome that it scared Trump’s 11 year-old son. Of course, Griffin has been fired by CNN although I don’t really know why – some claim about exceeding their bounds of propriety. Really, CNN, what is your propriety standard? My guess is that it is at least equal to Colbert’s gutter imagery or is it actually a little bit lower, – say below “fake” news to insanity.

With folks like Kathy Griffin in the lead, my hope is that the Democrat Party suffers even more. (Notably, she has apologized after claiming her intent was not what it appeared. It is always convenient to have the benefit of 20-20 hindsight rather than thoughtful foresight, except as someone once told me “you can’t fix stupid”. And the Democrat Party appears to be stuck on stupid.)

From Deplorable to Beheading was last modified: June 1st, 2017 by Dr. Robert Warren

Within the last couple of months, the U.K. has experienced a number of Islamic terrorist attacks, yet the Griffins of the world go after Trump. Just more leftist stupidity and insanity. What is their solution – a memorial concert to honor the slaughtered? Teddy bears and flowers? Screams of islamophobia at anyone who points out the obvious?

I am really beginning to hate virtually every Democrat I know. They are so vitriolic and once they start on a rant in a social situation, you can never get a word in to counter their narrative or then you get attacked for bringing up politics, even though they started it. Thought it would get better now with our victory, but it is only worse. They are still throwing a hissy fit. There are “friends” I am avoiding now, and quite frankly, I do not need any more Democrat friends. Work…have to put up with it, but in my private life, who needs more rancor?

I was at a charity event a couple of years ago. All of a sudden, out of nowhere, this democrat starts pitching his political agenda to the folks who were assembled to support the charity. It was inappropriate and insufferable arrogance but he really didn’t care.

“We need to ride into that battlefield and chop their [the Obama administration’s] heads off in November,” Ted Nugent said. Nugent was later invited to the White House by Trump.

And yet, he was talking about an election while she was talking about killing Trump. Palin was hit for targeting democrats. Funny, Hillary used basket of deplorables and, logically, they had to be ridiculed and eliminated. How about obama’s anti-Christian and anti-tea party comments. It is one thing to use colorful language as part of an election campaign. It is quite another to celebrate or advocate for the assassination of a sitting president

The news media, the democrats, and the RINOs launched a full scale assault on Trump. Unlike the bushes, he fought back much to their horror.

Republicans don’t fight back! How dare he! He needs to be impeached so we can get a compliant republican in there that we can manipulate. Ussia, Russia, Russia – there that is the ticket.

But he didn’t post a picture on social media with a mock bloody head.

Griffin is ne doubling down. Claims that the Trumps bullied her. She is mentally deranged.

wow, you want to extrapolate from Kathy Griffin to all the anti-trump folk in the country – talk about the radical right being wrong once again

I know comprehension is difficult. Check the title.

I did read the title. And then the article. What part of d-list celebrity scares you?

It isn’t about Griffin. Apparently you can’t seem to see the bigger picture.

her name is mentioned 3 times. Apparently you can’t read the actual words

Apparently, you don’t understand the flow of the article. Hillary started the snowball rolling down hill and it has gathered steam and size. Griffin’s stunt isn’t the end but an ever more violent part of the democrat story. By the way, Griffin’s beheading stunt is now being used in a campaign ad against a Democrat.

Btw. Werent you one of the folks here posting terrible pics of Obama like lynchings?

Google is paying $97 per hour. You have a great opportunity to get out of mummy’s basement.

Sick freaks, one and all!

The problem is that it is going to get worse. The beheading image, as evil as it is, gives license to more evil and greater evil. A friend of mind said he truly fears assassination attempts on Trump and even senior republican officials. We see the violence on campuses around the country and the evil talking immagery is converging with the violent behavior.