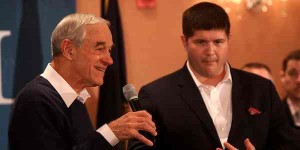 Dennis Fusaro is angry. Known in Virginia’s conservative movement for decades as a committed activist, Fusaro in recent days has parted very publicly with certain of his former brothers-in-arms, whom he accuses of betraying the movement.

As analyzed in detail here by TheIowaRepublican, Fusaro alleges these former close allies are complicit in a bribery scheme to entice Iowa State Senator Kent Sorenson to help Ron Paul’s 2012 presidential campaign in the Iowa caucuses.  Fusaro has provided contemporaneous emails and recordings of phone calls to buttress his claims.  Worse, to hear Fusaro tell it, the Iowa incident is merely a symptom of a larger problem within the cadre of senior managers and consultants surrounding the Paul campaign in 2012, and who appear likely to be closely involved in the Rand Paul campaign as it gears up for 2016.

INVASION OF THE BODY SNATCHERS

“It was ‘Invasion of the Body Snatchers’ when they took over,” Fusaro says of the Virginia crew of Mike Rothfeld, John Tate, and Dimitri Kesari, who all took senior positions with the 2012 Paul campaign. The four of these men together go back a long way in conservative politics, at least to the early 1990s when they helped energize a revival of conservatives within the Virginia Republican Party. But, he says, things had changed, singling out Rothfeld in particular. Rothfeld, according to Fusaro, is “one of the best operatives ever,” but used the Ron Paul campaign “as a means to power and money,” while casting aside moral principles in a cutthroat approach to politics.

Fusaro describes an attitude toward politics and campaigning among Rothfeld, Tate, Kesari (currently a member of the Hamilton, VA town council), and others that had become detached from the principles it advocated. These principles were allegedly viewed as impediments to power, and power is what mattered first in advancing the principles.

“In Mike Rothfeld’s view, its all about power and control. Politics is who rules whom, and when the right people rule, we win,” says Fusaro. “He [Rothfield] can dress up and be a deacon in his Southern Baptist church on Sunday, but when he is doing politics, Jesus Christ doesn’t have any part of it.” According to Fusaro, this attitude and approach permeated the leadership of the Paul campaign in 2012, leading to a number of unspecified ethical lapses and compromises of policy principles. In contrast to other policy areas where Rothfeld and the others “fought an unwinnable fight and won,” (citing improbable gun rights victories in Virginia in the 1990s), Fusaro says the Ron Paul team surrendered on a number of policy fronts for reasons of political expediency–an expediency he equates with the moral environment within the campaign that tolerated the alleged Iowa bribery scheme.

Asked why he was now publicizing these allegations, and what he hoped to gain, Dennis sighed deeply, and paused, before responding. “Life happened. I’m moving on, I’m leaving politics. As time goes on after things like this [the Iowa incident], I’m just less and less wound up by politics.” Later acknowledging that he’s burning bridges forever, Fusaro said that his motive is chiefly to right a wrong. “I gave Jesse [Jesse Benton, former Ron Paul campaign manager and current grandson-in-law] six months…six or seven months to come clean and fix this, but they didn’t.” In the absence of the situation fixing itself, Fusaro felt compelled to publicize his allegations as a means to protect the larger conservative movement inspired by Ron Paul.

“This stuff can bring down the Ron Paul movement,” Fusaro says, before taking pains to describe the difference between grassroots supporters of Ron Paul, and what he describes as “Ron Paul, Inc.,” basically a cottage industry of self-interested professionals with more interest in personal gain than in advancement of the movement.  “Like Mike Rothfield has said, he [Ron Paul] can run his own campaign, while we run ours,” meaning essentially that “Ron Paul, Inc.” ran a campaign in parallel to the candidate himself, but without the candidate’s adherence to principle.

And “Ron Paul, Inc.” is apparently big business; Rothfeld’s company alone appears to have been paid $7.7 million by the Ron Paul 2012 campaign, in addition to another $1 million for work done for Rand Paul.

“The brand and style of politics Dimitri [Kesari], Mike Rothfeld, John [Tate] practice has serious flaws,” Fusaro says. The bribery scheme is “symptomatic of a paradigm” that betrays all of the young and excited new conservatives who had flocked to the Liberty banner, according to Fusaro. Exposing the uncorrected and unpunished misdeeds is the only way Fusaro says he can ensure the future health of that movement. “We need to be better and cleaner than the other side.”

The Bull Elephant is committed to providing the full story, and will publish any rebuttals or responses provided by those implicated in these accusations. 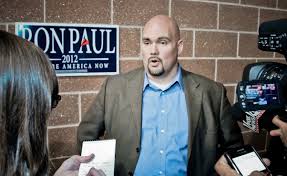 TheBullElephant.com has spoken to numerous sources with ties to the Iowa incident, or to those involved. We have not yet heard any denial of the underlying allegations, nor have we heard anything to dispute Dennis Fusaro’s previously published characterizations of the situation and the environment within the Paul campaign that he says gave rise to it. We have heard that Fusaro may have ulterior motives for pushing this story, namely a desire to either punish his former friends for a personal betrayal, or alternatively a desire to hamper Sen. Rand Paul’s chances in 2016, especially in Virginia. While obliquely acknowledging the personal difficulties in having parted with his former close comrades, Fusaro flatly denied being animated by any ill-will toward the Paul 2016 candidacy, only the way in which the campaign might be run.

When pressed, Fusaro acknowledged that he has no knowledge of any other occurrence of this type of apparent impropriety by the Ron Paul 2012 campaign, including in Virginia. He also acknowledges in reports published elsewhere that it is unclear whether Sorenson cashed the check he was allegedly presented by Dimitri Kesari (even as late as January 2013), meaning that Sorenson’s support for Paul may have ultimately come without any financial compensation. So, while Dennis Fusaro truly believes he is addressing a campaign culture that lends itself to corruption, apart from this one time there has been no solid evidence that this alleged corruption manifested in more than a single, limited instance.

Fusaro tells us that he has more evidence that he will be releasing in coming days. He also says, somewhat cryptically, that he can prove that the Sorenson incident is “not the first time that Dimitri Kesari has made an illegal contribution in politics in the Midwest.”

Dimitri Kesari and others were, to be charitable, clearly overzealous in their enthusiasm for a potential Ron Paul upset in the Iowa Caucuses. Equally evident is that Iowa Sen. Kent Sorenson exhibited a serious moral failing by grubbing for money in exchange for his support. Thanks to the Iowa Republican blog, and to Dennis Fusaro, that failing is now plain for the voters of his district to see.

Less clear is what this means for Ron Paul supporters, Rand Paul’s campaign and, more immediately, the campaign of Kentucky Senator Mitch McConnell, which for the time being is managed by none other than Jesse Benton. (See here for more embarrassment triggered by Dennis Fusaro).