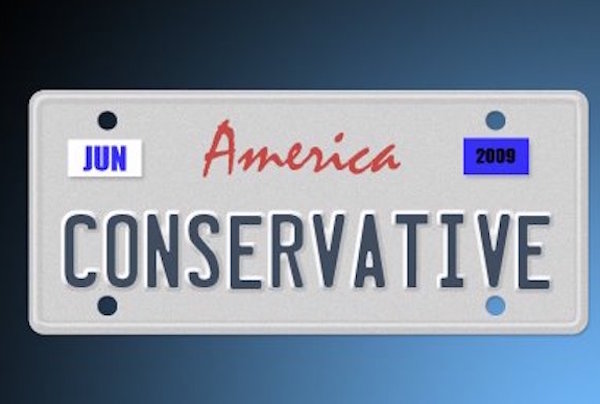 The Futility of a Conservative Third Party Effort

In the wake of the presumptive nomination of Donald Trump, many conservatives (myself included) are understandably casting about for an alternative. People who are committed to conservative fundamentals like the rule of law, Constitutionally-limited government, and God-given individual liberties not only don’t regard the Republican Party’s nominee as a champion of those principles, but they don’t see Trump as a reliable partner on just about anything else, either.

Charles Krauthammer, as per usual, got it right:

It marks the most radical transformation of the political philosophy of a major political party in our lifetime. The Democrats continue their trajectory of ever-expansive liberalism from the New Deal through the Great Society through Obama and Clinton today. While the GOP, the nation’s conservative party, its ideology refined and crystallized by Ronald Reagan, has just gone populist.

The best many of us can say about Trump, at this point, is that he’s better than Hillary Clinton. And, even assuming that’s true, it’s not saying much.

This is giving rise to a small but significant movement to launch a conservative third party or independent candidate to run against Trump and Clinton. The most high profile advocate of such an approach so far has been Weekly Standard editor Bill Kristol (the “Renegade Jew” in David Horowitz’s controversial formulation in a Trumpbart piece from a few days ago).  Kristol says he’s looking to give Americans a better option for President.

But that’s not terribly realistic in a historically two-party system.  Like it or not, third party candidates are at a tremendous structural disadvantage, and stand very, very little chance of garnering the necessary 270 electoral votes to win the presidency.

Instead, what Krisol really wants is to have a candidate who can win enough of the right states to deny either Trump or Clinton an electoral college victory.  In such a situation, the election would be thrown to the Republican-controlled House of Representatives, where Kristol and his allies hope the chances of a conservative victory are much better.

Yes…you read that right.  The hope here is not to win at the ballot box, which is next to impossible.  It’s not even about some kind of belief that the GOP is already doomed, so better to launch its conservative replacement now than wait until the expected collapse in November or beyond.  It’s about trusting that the House of Representatives would make a better choice than the voters.

The problem, of course, is that the House of Representatives is not a conservative institution.  To the extent there is a Republican majority, we can reliably expect that the body would settle on a Republican president, most likely the Republican nominee.  But an actual conservative?  Not a chance.

That points to the really fundamental problem facing conservatives: we’re a minority contingent within a party that itself commands the loyalty of only a minority of the voting population.  To be sure, we continue for the time being to be the dominant force in the Republican Party, but in a very real sense, Trump won his nomination not because he was conservative, but precisely because he wasn’t.   Conservatives warned repeatedly—and convincingly— that Trump wasn’t a conservative, and every time we did, we unwittingly strengthened the pro-Trump case for voters looking to escape business as usual.

How did this happen to the Party of Reagan?  As Dennis Prager wrote in a sobering and depressing piece entitled, “The Scariest Reason Trump Won,” our biggest problem is that the left has succeeded in its multi-generational project to distort, tarnish, or diminish what has made America a special place.  When the schools, media, and cultural institutions (including some churches) accede to, or even help propagate, the leftist deconstruction of the American ethos, the impetus for conservatism is wholly undermined.  After all, if America is such a rotten place, what remains that is worth conserving?

Just 20 years ago, memories of the Cold War were still fresh in our minds.  There was an obvious and stark contrast between the Soviet Empire, and what it meant for the people imprisoned by it, and the Western alternative best embodied by the American system.  We did not doubt our righteousness, nor that our prosperity was rooted in our freedom just as surely as communist poverty was an inevitable result of authoritarian government.

No longer.  In their march through the institutions (primary education, higher education, courts, and institutions of culture and media), the left has gained an incredible amount of control over the interior monologue of the American mind.  As a result, relatively few Americans understand what America is, beyond a conception of their countrymen as a vast rabble of fat, Bible-toting, racist rednecks whose shared values were built on centuries of violence, forced ignorance, and oppression. (Google the term “Murica” if you want a first-hand taste of how young people are taught to sneer at any display of love of one’s country).  What was once a self-evident truth is now a sarcastic punch line for leftist comedians on late night cable television.

We’re now at a point in history where a major presidential candidate is greeted by adoring mobs of ill-informed voters who don’t bat an eye at the fact that he self-identifies as an anti-capitalist and socialist, and honeymooned in the Soviet Union.

So why do I say a conservative third party is a futile effort?

Because we’re a minority, and we don’t have a British-style parliamentary democracy where a minority party still has a chance of having a seat at the table (i.e., through formation of a coalition with one or more other parties when no single party has a majority).  Instead, we have a winner-take-all election of the executive, even if that winner merely gains a plurality of the popular vote.  In this system, all that a conservative third party would do is split the right-leaning vote in a way that ensures the leftist candidate becomes president.

Consequently, conservatives need to build our coalitions within one of the two major parties. For now, and for the foreseeable future, that party is still the GOP.

Longer term, for our principles and ideals to survive, conservatives must do a better job of fighting back against the leftist tide in academia, the courts, and popular culture.  I don’t have all the answers for how we accomplish this, which could be the topic of dozens of future posts, but it is not an exaggeration to say such an effort is an existential imperative.

In the meantime, our fight is still to improve the Republican Party as a vehicle for the advancement of conservative ideals.  To all of my friends who have quit the Republican Party because of our current nominee,  I understand your anger and disillusionment, and agree that his nomination makes conservatives’ jobs much harder.  But just because one of our guys didn’t win doesn’t mean there aren’t still important battles to be fought within the Party, and against the Democrats.

I am among those who choose to not lay down arms, but to instead keep up the fight.