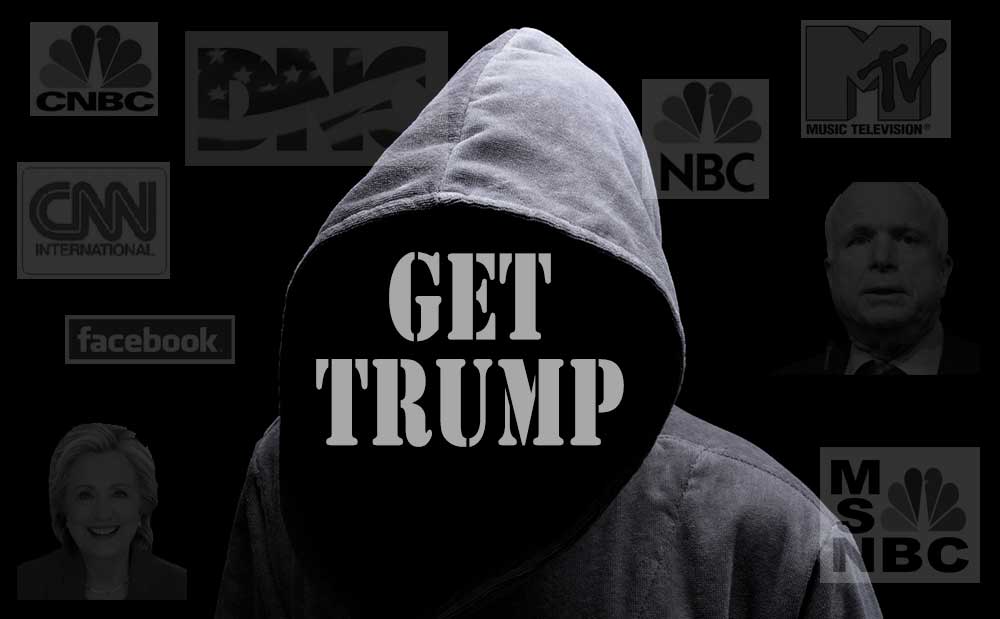 Game On: The Hijacking of the Trump Revolution

Steve Bannon’s west wing departure is a punch in the gut to the true believers who are convinced that President Donald J. Trump leads a movement.

Bannon saw Trump’s election for what is was: a political revolution and a once in lifetime opportunity to completely transform of the loser do nothing- donor driven national Republican Party into a vehicle for real political change who champions the beleaguered American worker.

More than anyone, the former White House strategic advisor was dogged in seeing to it that Trump’s campaign promises were kept. He kept an infamous white board in his office with every Trump campaign promise written in bold. It was everyone’s reminder of why-and how- Trump won.

Bannon was the keeper of the Trump ideological flame.

Most importantly, the former Breitbart CEO was the first line of defense against a west wing that is now dominated by Wall Street titans, hedge fund paper pushers, Neo-Cons and warmongers who want the US to continue down the sixteen year old master of the universe path of military intervention, regime change and troop deployments.

Our kids come home in body bags and with missing limbs.

We have no objective in Afghanistan and no AUMF (Authorization of Military Force).

More pressure now falls on three key Trump advisors: Kellyanne Conway, Stephen Miller and Hope Hicks to fight for the policies that got Trump elected and to not sell out his base.

Absent these three and his kids, this White House senior staff is now looking like what you would see in a Mitt Romney or Marco Rubio Administration.

The Heist and The Purge

Across the swampland of Washington, enemies inside are hijacking the Trump revolution. Against all odds, Donald Trump won the presidency promising to clean the Augean stables of Washington and wash out the filth of corrupt insiders who betrayed the American people they were supposed to serve.

Now, the purge is underway in Washington. But it’s the Trump loyalists being purged.

Hundreds who worked to elect Donald J. Trump have been frozen out of permanent positions in his administration and are about to be kicked to the curb in mid-September now that Bannon is gone.

Meanwhile, Republican establishment apparatchiks who refused to work for candidate Trump (“he can’t win and it would look bad on my resume”), betrayed him or actively opposed him have landed permanent jobs.

Wherever you look in the Trump administration, you find GOP establishment swamp critters sidelining the loyalists who manned the barricades in the populist revolution that carried the day on November 7th.

How did this happen?

Consider the man in control of staffing the administration, Johnny DiStefano, who sprang from the loins of John Boehner, the incarnation of the hated establishment, and was put in this key position by Reince Preibus, the former chief of staff and RNC chair.

While princelings of the corrupt Washington establishment land plum jobs, Trump campaign soldiers have been left to die on so-called beachhead teams across the cabinet agencies.

The White House personnel office – controlled by RNC hacks and swamp creatures – has slow-walked Trump candidates for thousands of positions that could be filled by the stroke of the president’s pen.

Now these same hacks will use the excuse of “expiring temporary assignments” to purge the remnants of the Trump battalions in September.

Washington Republicans, who are an integral part of the Deep State, are complicit in sabotaging the Trump revolution.

High level administration appointees are careerists more committed to polishing their resumes for their next job, whether on K Street, the federal bench on in the Ivy league, than in advancing President Trump’s agenda. They mark Trump loyalists as poison, fearing anyone or anything that could taint their prospects for an establishment-approved sinecure.

The GOP establishment sees President Trump as a mortal threat, and it is collaborating with the media, Democrats and Deep State operatives to engineer his demise.

President Trump had best understand the long knives are out to get him and as often as not, Republicans are wielding the blades.

First, they come for the Trump loyalists.

Next, they will come for Donald Trump himself.