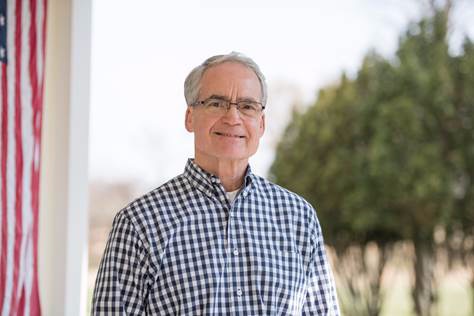 “We must win back the Senate,” said Higgins. “My State Senate run will focus on ending the liberal blockade of Governor Youngkin’s agenda, returning power to the people, giving parents a voice in their children’s education, protecting women’s sports, championing lower taxes and eliminating wasteful spending.” said Higgins. “I will work hand-in-hand with Governor Youngkin to bring back common-sense open-door leadership to Richmond and put an end to failed progressive policies.”

In order to do this and to give Governor Youngkin the votes needed to pass his bold agenda to give parents a voice in their children’s education, lower taxes and create jobs, it’s imperative for us to win the Virginia Senate.” said Higgins.

“Mandated masks, vaccines, and the unnecessary closing of our schools, which stole two years of our children’s classroom time and dumbed down the curriculum with the outcome of drastically lowering our children’s learning achievement scores, can never happen again. In my opinion, it doesn’t matter if you are an Independent, Republican or Democrat, everyone wants the best for their child and they want our schools to return to focusing on academic excellence for our children, recognize the rights that parents have in their child’s education, and providing a safe learning environment for our students.”

“People also want leaders that will fight for them,” said Higgins. “That is exactly what I have done on the Loudoun County Public School Board (LCPS) and on the Loudoun County Board of Supervisors and this is exactly what I plan to do if I have the honor of being elected to represent the people of the 31st State Senate District. “Our kids lose when we don’t fight. My three married daughters received an excellent education from Loudoun County Public Schools. I am fighting for their kids and for your kids too.”

“Our citizens also need help combating the unceasing burden of Biden’s inflation,” said Higgins. “Let’s be clear, today’s inflation is not a fluke and was not started by Vladimir Putin. It started with Biden halting domestic energy production followed by $5 trillion in spending between the American Rescue Plan, the March 2020 Cares Act and the Infrastructure Investment and Jobs Act. President Biden’s economic policies wrecked the economy and brought us $5 a gallon gas prices along with inflation at 40-year highs.”

“I know how to make government work for our residents. I spent four years managing budgets and projects for LCPS and eight years doing the same for the Board of Supervisors. I know this Senate District very well and have represented a large portion of State Senate District 31,” said Higgins.

“Virginians are tired of an agenda of division and discord. They want to live their lives in beautiful Loudoun and Fauquier Counties, raise their families, send their kids to good schools, have good jobs, help their neighbors, help their communities, and pursue their dreams, whatever they may be, in safe environments.”

“My wife of 45 years and I have raised our family and now have six (6) grandchildren. I have served Virginians most of my adult life and I am just as passionate today as I was when I began. I know what I am fighting for—the God-given rights of our children, our families, and our communities to Life, Liberty and the pursuit of Happiness.”

Elected on June 20, 2020, Geary M. Higgins currently serves as the Chairman of the 10th District Republican Congressional Committee and previously ran for the 13th State Senate Seat in 2019.

Geary proudly represented and served Catoctin District residents on the Loudoun County Board of Supervisors for two terms (eight-years) beginning in January 2012 through December 2019. The Catoctin District encompasses a large portion of Western and Northern Loudoun. Higgins served as Chair of the Board’s Transportation and Land Use Committee and was a member of the Joint Board of Supervisors/School Board Committee, having previously served as co-chair of that committee. He was a Board representative on the Northern Virginia Regional Commission and served as the Board’s representative on the Loudoun County Agricultural District Advisory Committee and the Annexation Area Development Policy Committee. He fought each and every year against LCPS shutting down Western Loudoun’s small schools, supported increases in teacher pay, and successfully convinced his colleagues on the Board to purchase the Blue Ridge Environmental Center for Loudoun’s State Park.

Higgins also served as the Catoctin Representative on the Loudoun County School Board from 2000 to 2004, was the Chairman of the Personnel Services Committee, and served on the Discipline Committee and the Legislative and Policy Committee. During his term the Academies of Loudoun was created and he was the driving influence in bringing lacrosse to LCPS. He was previously a Board Member for the Loudoun Museum from 1998 to 2017 where he served as the Vice President, Treasurer, and as Chairman of the Education Committee.

A graduate of Clarion University in Clarion, Pennsylvania, Higgins received a Business Administration degree, with a double major in management and marketing. He attended college on an athletic scholarship for wrestling. He was the Vice President of Labor Relations for the National Electrical Contractors Association (NECA, Inc.) in Bethesda, Maryland. In that capacity, he served on numerous industry-related educational and training boards, including as a healthcare and pension trustee. He was also an arbitrator on the Council of Industrial Relations.

He was born in Baltimore and grew up in Montgomery County, Maryland. He and his wife Gail moved to Loudoun County in 1977 and live in Waterford. They attend church at the Cornerstone Chapel in Leesburg and have three daughters and six grandchildren.

Sounds like the right issues. I suggest he be specific on a couple of them so that the citizens of the county know exactly what legislative proposals he will push. I also suggest they be positive not defensive.