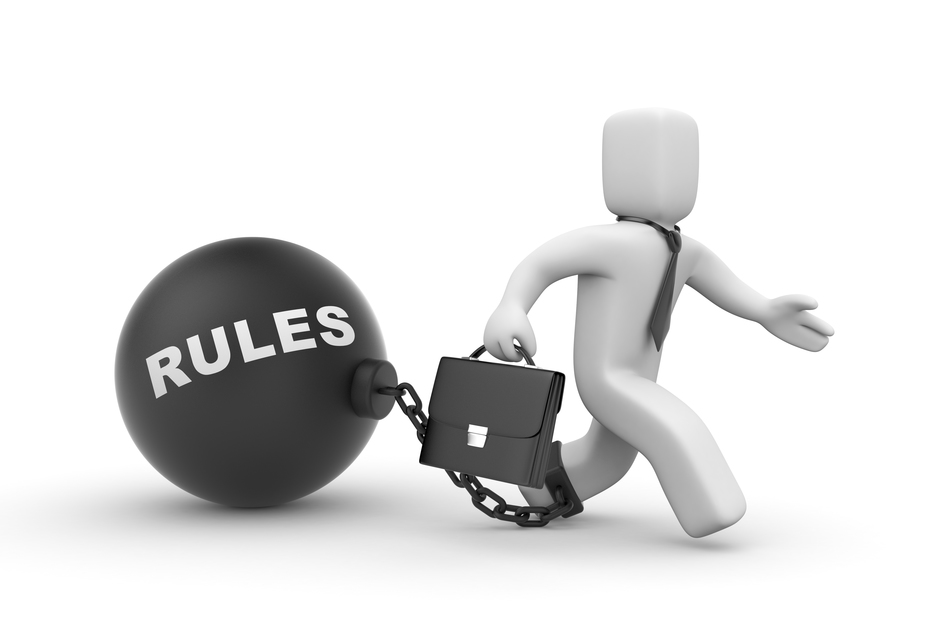 HJ 545 is a joint resolution proposing a Constitutional Amendment which would allow that “The General Assembly may suspend or nullify any or all portions of any administrative rule or regulation by a joint resolution agreed to by a majority of the members elected to each house.”

Stories of all manners of abuse of executive authority have been prevalent in Richmond and Washington D.C.

HJ 545 would give the people’s elected legislative body the authority to curtail radical executive regulation.

HR 427, better known as the REINS ACT (Regulations from the Executive in Need of Scrutiny Act), seeks to require Congressional Approval for any regulation which has,

(1) an annual effect on the economy of $100 million or more; (2) a major increase in costs or prices for consumers, individual industries, federal, state, or local government agencies, or geographic regions; or (3) significant adverse effects on competition, employment, investment, productivity, innovation, or the ability of U.S.-based enterprises to compete with foreign-based enterprises.

HR 427 has already passed the House and is currently sponsored by Rand Paul in the Senate.

Legislators realized a while back that their most profitable role in government is budgeting and controlling the tax code. They quickly lost interest in the rest of their governing responsibilities and began turning those responsibilities over to the Executive. Laws evolved into “regulations” and regulations began to dominate every aspect of American life. The EPA, HUD, BLM etc., have been making law without a single one of our elected representatives casting a vote.

These regulatory oversight bills place power, rightfully, back in the hands of elected legislatures. The only way to prevent out of control Presidents and Governors from serving as lawmakers is to regulate the regulators.

Other than budgeting, this is the most important role our legislators should be focused on exercising.

EO-24 is AWSOME !!!
Unfortunately Virginia Republicans don’t like it.
Not Lincolnsequence , Mr. Republican.

hey– the house was designed to control the purse of our nation
our house of representatives gave that power away, bending over with anything put to them
new rules are only give them more rules to ignore.
but I understand– no one really cares if any politician does their jobs.
most people don’t have any idea of the jobs their elected leaders are doing, unless it effects them directly, and then they are alone trying to change anything
most people don’t even vote, with the exception of every 4 years, allowing too many politicians to get away with too much self serving garbage– special interest groups are the only groups of voters that control too much, because of those that really don’t care
I would like to see any laws offered , shown to the public for comments by the public before any are passed– yes it would take longer to pass, but the people would know ‘ before ‘ it became law or regulation, or rules that others must follow

put the power back into the people;s hands– force them to see the laws– be responsible for the laws that control so much of their lives.– but no one will.

More worthless BS laws. First off there will be no Constitutional Amendment because the states won’t ratify it. Second, making a law which would try to regulate an executive function is headed for failure in the closest supreme court. The solution to executive over reach is for Congress to grow a pair and impeach the person doing it. But of course we don’t have to worry about that happening, so the executive will continue doing what they do and the congressional eunuchs will continue to bitch about it.

Nothing to do with courts.

Well a court said the Obamacare penalty is a tax. And that opinion was written by a Republican appointee.

It’s a State amendment. Virginia is the only one that need ratify it. 😉

Doesn’t matter whether it’s a federal or state amendment. it won’t get ratified. If by some chance it made it to a ballot, all those Virginians who voted for Clinton will put this amendment in the trash.

Why in the hell would you want to play games with this BS when Ed is trying to be the next governor? Just remember, Clinton thought she was the anointed one the same way a lot of GOP hacks are thinking about Ed. This has the potential to be another one of those abuser fee election moments. Bury this thing and don’t be stupid.

What do you want to do? Throw up your hands? I know things are messed up and I know the odds of fixing things is slim, and I know that our candidates aren’t the final solution to anything. But that doesn’t mean do nothing, it means to everything you can to turn the dial, even just a little.

Well gee, I would want these politicians to turn the dial away from the “Crony” tag and more toward the “People” tag. Of course people don’t have money to line pockets. But as the new president has shown, the people do have votes. And here in Virginia those votes have been turning little red boxes into blue ones. If I was a GOP politician, I wouldn’t be doing stupid crap that is almost guaranteed to speed up that process.

I disagree. I just don’t think wishing things were different is a plan.