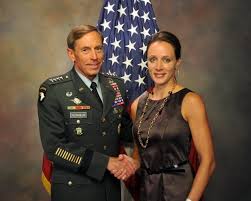 General Petraeus has reached a plea deal with federal prosecutors, pleading to one count of “unauthorized removal and retention of classified material”, a misdemeanor.  Petraeus was charged with giving classified document to his mistress, Paula Broadwell, while she was writing a book about him.  Prosecutors will recommend two years probation and a fine of $40,000.  More on the story here.