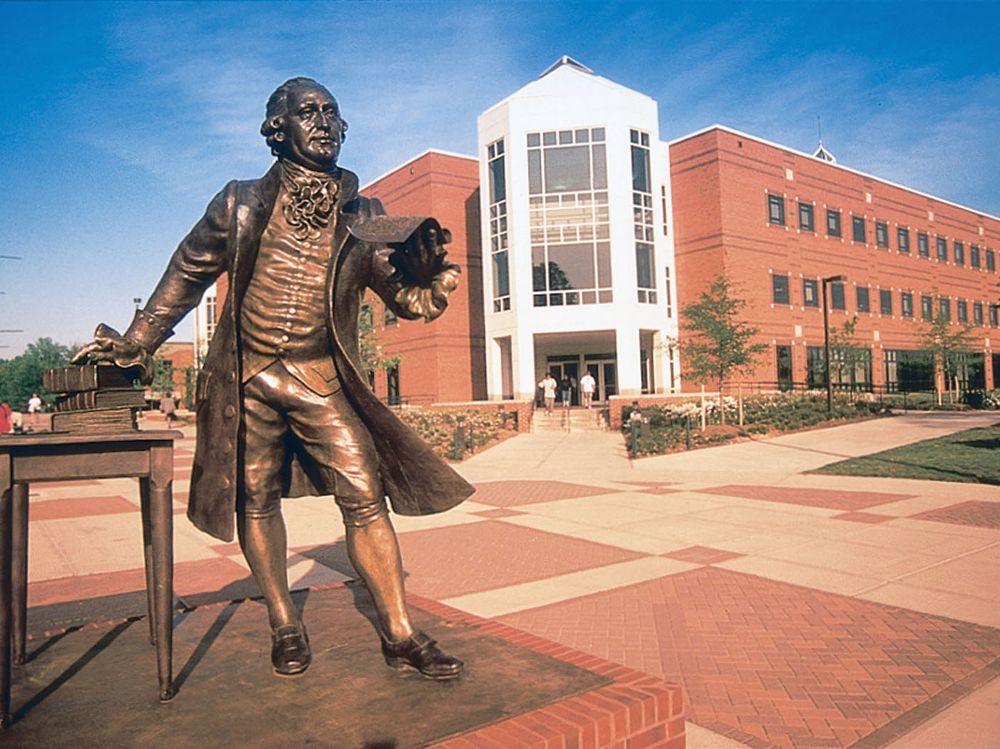 George Mason University has been in the news lately for its relationship with the Charles Koch Foundation. Most universities receive outside funding to support academic study. And when such funding carries the “Koch” name, the reaction can be Pavlovian, as on the GMU campus.

But what examination has there been of the Confucius Institute operating at GMU? Confucius Institutes are located on college campuses around the country and have come under recent scrutiny on national security grounds. The National Association of Scholars (NAS) has devoted considerable effort to understanding how these Institutes are funded and the influence they hold over academic life in the United States.

NAS President Peter Wood recently sent a letter to GMU President Angel Cabrera, asking him to examine the Confucius Institute operating on his campus as part of the university’s review of gift-acceptance policies. That letter is copied below. It was sent on May 4. Mr. Wood is still waiting for a response.

And, if you’re a graduate of GMU, a current student or parent of a student, you may want to follow up with President Cabrera.

Dear President Cabrera,
I write as president of the National Association of Scholars (NAS), a membership organization of faculty members and others committed to intellectual freedom and the pursuit of truth. I write to encourage you to examine the George Mason University Confucius Institute as part of your review of the university’s gift-acceptance policies and all active gift agreements—and ultimately, to close the Confucius Institute.

The Chronicle of Higher Education has reported that you are instituting a review of the university’s gift-acceptance policies after learning that that some agreements between the Charles G. Koch Foundation and George Mason University compromised the authority of the university in academic matters. Specifically, the Chronicle reported that some clauses granted the Koch Foundation an opportunity, via two representatives on a five-person committee, to weigh in on the selection of grant-funded faculty members. Koch was also permitted to name one of three people on an advisory board that was authorized to “make periodic assessments of the Professor’s performance and/or activities” and to “make a determination” when a grant-supported professor should be removed. The Chronicle quotes you as saying that such donor influence falls “short of the standards of academic independence I expect any gift to meet.”[1]

To a large extent, universities have made improper concessions that jeopardize academic freedom and institutional autonomy. Sometimes these concessions are official and in writing; more often they operate as implicit policies.[2]

Similarly, in 2014, the American Association of University Professors released a statement from its Committee A on Academic Freedom and Tenure, noting that “Confucius Institutes function as an arm of the Chinese state and are allowed to ignore academic freedom.” The Committee also wrote that Confucius Institutes “sacrificed the integrity of the university and its academic staff.”[3]

Recently, Confucius Institutes have sparked a new wave of criticism focused on the possibility that the Chinese government may use Confucius Institutes for espionage and surveillance. In February, FBI Director Christopher Wray testified before the U.S. Senate Select Committee on Intelligence that “We do share concerns about the Confucius Institutes,” noting that “it is something that we are watching warily, and in certain areas have developed appropriate investigative steps.” Wray also noted that he had seen a troubling “level of naiveté on the part of the academic sector.”[4]

These concerns have prompted the introduction of one bill so far, the Foreign Influence Transparency Act, sponsored by Florida Senator Marco Rubio, Arkansas Senator Tom Cotton, and South Carolina Representative Joe Wilson. Senator Rubio has also proposed that colleges and universities with Confucius Institutes should become ineligible for a portion of federal funding.[6]

These are important concerns that I urge you to take seriously. In this letter, however, I urge you to consider more specifically the way that Confucius Institutes have frequently compromised the autonomy and integrity of the colleges and universities that host them—often in ways that mirror or exceed the concerns you raised about the agreements with the Koch Foundation.

The memoranda of understanding underlying Confucius Institutes frequently give undue authority to the Chinese government. Confucius Institutes are funded and overseen by an agency of the Chinese government, the Hanban, which is itself overseen by a council comprising representatives from 12 Chinese state agencies, including the State Press and Publications Administration, which handles propaganda.

In many cases, the Hanban reviews the performance of the Confucius Institute teachers in particular and the Confucius Institute as a whole, similar to the influence the Koch Foundation exerted by its representatives reviewing the performance of grant-funded professors. The Hanban also frequently provides textbooks and curriculum and reserves the right to review and approve any other course materials.

Such an arrangement cedes important university authority not only to an external agent, but to a foreign government. In principle, this is a deeply flawed arrangement, and practice, it leaves the university vulnerable to serving as a center of soft power for the Chinese government.

George Mason University is not currently transparent about the memoranda of understanding, which are not posted online for the public to see. We have asked the Confucius Institute director, Qing Gao, for copies, which he declined to provide and referred us instead to the university administration. We have asked the Office of University Counsel for copies and have not yet heard back. We hope it will not be necessary to file a request under the Virginia Freedom of Information Act.

Until we review the agreement underlying George Mason University’s Confucius Institute, we will not know for sure whether these documents suffer from the same problems we have seen elsewhere. But we do know that the problems with Confucius Institutes go far beyond the text of the memoranda of understanding. The agreements, while frequently troubling, are only one indication of the way the Chinese government attempts to use Confucius Institutes to exert undue pressure over American higher education in order to suppress criticism of China and in order to burnish China’s image.

I urge you, in your internal review, to take a close look at the Confucius Institute, and to take steps to close it. Confucius Institutes harm the autonomy of the university, undermine academic freedom, and give a foreign authoritarian government a dangerous foothold in American higher education.

Confucius say, follow money and you always understand what going on. Spies.

Absolute agreement — universities must remain in control of affiliations, afford teachers full academic freedom and offer full transparency over such arrangements. Academic integrity allows no exceptions. I favor much of the Koch agenda and welcome their support for liberty.

It’s funny that the left is so focused on the faux-bogeyman of Koch money (funny because the Kochs have essentially gone full globalist and borderline leftist at this point), but are silent when it comes to issues that legitimately affect academic freedom. I do expect more from GMU, though.