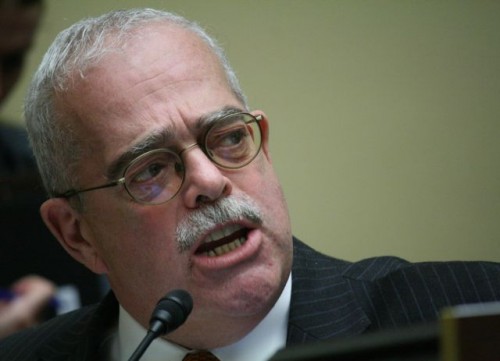 Congressman Gerry Connolly has vowed to fight his House colleagues in an effort to continue funding of the Palestinian Authority even though the group includes Hamas, a US identified terrorist group. Both groups oppose Israel. [read_more]

Has it occurred to our Congress that if they stop funding the Palestinian Authority they might help stop the fighting in the middle east and stop funding the terrorists Hamas?  How can anyone fight to fund these groups?  Of course Jim Moran, a known anti-Semite would sign support for Hamas.

“Gerry Connolly’s remarks are very troubling,” said Noah Silverman, Republican Jewish Coalition Congressional Affairs Director. “A vow to support taxpayer funding for a Palestinian government that includes Hamas demonstrates reckless indifference to our ally Israel and a disregard for U.S. law, which forbids aid to such a government.”

“We also need to destroy terrorists not fund them.”

“Sending money to Hamas is reckless and hurts Israel, our closest ally in the Middle East – while destabilizing the entire region by legitimizing a terrorist group with U.S.dollars,”

Doesn’t this seem obvious to everyone?  Everyone other than Gerry Connolly?  Why does Connolly want to support the Palestinian Authority and Hamas against Israel?

Gerry Connolly in his own words,

There will be a Jewish community presentation on October 19 for all Congressional candidates. Let’s see if Connolly is there to answer for this one.
Frankly, I am rather surprised that Connolly holds these views. He lives pretty close to the more observant Jewish community in Fairfax, and these kinds of comments are basically an unforced error on his part. Much as I disagree with Connolly on a wide variety of issues, I thought he was a smarter politician than that.

have you ever watched him on C-SPAN? I don’t think he’s a rocket scientist. Will someone please tell me what the over/under in this district is?

I don’t think anyone can answer your question Kelley simply because we haven’t seen any polls in the 11th district but Suzanne Scholte is an excellent candidate with a good message for the district. If anyone can beat Connolly it’s Scholte.

I have seen Connolly on TV and in person. He is an arrogant jerk, but generally a good debater. He doesn’t have to be a rocket scientist to know that his comments and stances on this position are unwise politically.
I wish Scholte had been our candidate in 2010. Connolly would be gone by now!

Meanwhile, over in VA-10, the Dems look to be shifting resources in order to save other House races. This is nothing but good news for Comstock! http://atr.rollcall.com/democrats-cut-bait-in-virginia-to-save-california-hosue-seat/

what are the polls showing in this Congressional race. can Connolly be beaten?

Check out his staff??? Interesting!!

Thank you, Jeanine, for posting this. Ever since the 1993 Oslo Accords which established the so-called “roadmap to peace,” we have lived under the delusion that if we fund the “moderate” Palestinians they will override the “extremists” and we will have peace.

As you recognize, it hasn’t worked out that way. When Yasir Arafat didn’t get his way at Camp David in 2000 he started the Second Intifada, which killed over a thousand Israelis.

Today, we’re supposed to believe that the only extremists are Hamas (which they are) but that the PA are the “moderates.” Not so

PLO/Fatah Chairman and PA President (apparently for life) Mahmoud Abbas (also known as Abu Mazen) is a holocaust denier whose 1982 Ph.d thesis paper The Connection between the Nazis and the Leaders of the Zionist Movement 1933 – 1945 not only denied the holocaust but he stated that European Jews and Nazis conspired to fake the holocaust in order to scare Jews out of Europe to drive them to the Middle East in order to… steal Palestinian land.

And now, as stated above, the PA is in cahoots with Hamas (the Fatah–Hamas Doha agreement) … so if Israel did pull out of the so-called west bank (Judea and Samaria) it seems likely that Hamas and Fatah would rule alongside each other… or more likely Hamas would simply attack and wipe out Fatah as they did in Gaza in 2006-2007. Either outcome would hardly further the cause of peace.