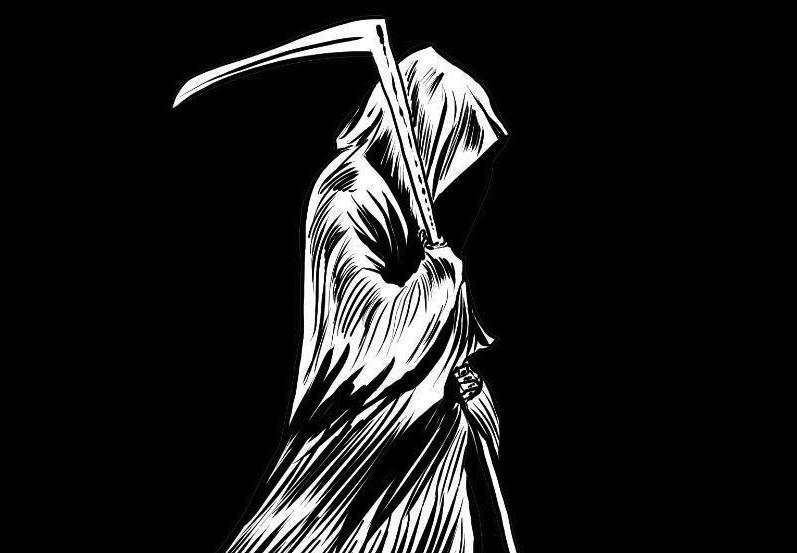 Get ready for the RPV ‘Dirge’

The annual Advance has become The Retreat

The annual post-election gathering of Virginia Republicans is called “The Advance” because its founder, the late Republican Party of Virginia Chairman Donald W. Huffman, said it was not good to call it a “retreat” (which it is) because “we always advance, never retreat.”

Given the fact the Democrats waxed us in Virginia Nov. 6 for the sixth election out of the last seven, calling this confab a “retreat” would be more appropriate.  In fact, it should forever more be called The Jack Wilson/Republican Party Retreat,” and take the good name of Donald Huffman out of the title.

Wilson is the current RPV chairman and one in a series of chairs dating back to the late great Pat Mullins to preside over Virginia becoming a Blue state due to doing business as usual and failing to look outside the box on what the state party can do better.

Perhaps calling it the “RPV Dirge” – -which runs December 6 and 7 at the Omni Homestead in Hot Springs, VA — would be more suitable!

After all, Democrats come January will control the entire General Assembly for the first time since 1993, plus the governor’s office, Lt. governor and attorney general (2017 election), both U.S. Senators (no Republican has been elected to the U.S. senate from Virginia since 2002), and a majority of the delegation to the U.S. House.

The guest speaker at the opening Dirge dinner is not an elected Virginia Republican but one from Arizona, U.S. Rep. Andy Biggs.

Looking at the agenda, it seems the RPV is just acting like this is business as usual.  Let’s throw a big party and have some obligatory “panel discussions” and then take the money and move on to the next election and be a conduit for RNC money.  Our aged and predominantly white activists and donors can come and wear GOP pins and have fun!

After the Gillespie-Vogel-Adams drowning in the “blue wave” of 2017,   I outlined eight solutions to the problem of our party’s eroding support.

I decided to make printouts and hand them out at the 2018 Advance in Norfolk.  I gave one to Jack Wilson who just smiled and “reassured me.”

Even the ideas of Virginia Gov. Robert McDonnell, the last Republican to win a statewide election (2009), and a former ambassador under George Bush, that were presented at the last retreat have gained no tractions with the RPV.

Instead, the RPV and the donors and other “establishment” types, combined with the hard-core conservative activists in the grassroots, each have their own ideas on how to help us be competitive again.  So, we’re now a circular firing squad while the Democrats just keep winning based on Pollyanna ideas (Green New Deal) and other platitudes.

The RPV and the various local units are on a treadmill thinking somehow this anti-Trump anti-Republican sentiment will just fade and “we’ll be back.” No, folks.  I lived in two states, New Jersey and Maryland, which had competitive elections not long ago, but no longer.

Of course, the unpopularity of President Trump in Virginia is the overriding reason for recent losses (since 2016).  But let’s not forget. We lost statewide elections in 2012, 2013 and 2014 before Trump even arrived on the scene.

We did a masterful job recruiting women to run for State Senate and House of Delegates this year, so that is not the problem.

Rather, we’re losing due to failing to get into the brains of minority, suburban highly educated voters and the scores of Northeasterners who moved to Virginia for better jobs, education and our bucolic beauty and have no idea it’s because we lack the kind of Democrats who destroyed their home states, yet you now keep voting them in!

Among my eight proposals were to have RPV do focus groups with these new voters and find out why they are not voting Republican and then convene town halls with larger pools of these folks to meet with pragmatic GOP office holders.  The idea was poo-pooed by Wilson’s predecessor when I talked to him about it.

He also poo-pooed having better outreach to Indian, Muslim and African American voters with more than just a new college grad of that ethnicity background to meet with their social groups.

The RPV and RNC lost a golden opportunity to get some voter attitudinal data by failing to do exit polls for the recent Virginia election.  Having Exit poll data would tell you a lot and help guide us in how to craft messaging to key voters.

But again, the RPV is on a treadmill to just keep doing what it’s always doing and not thinking outside the box.  In other words, when you’re in a hole, keep digging – the status quo is less scary than reform.

As a result of their heads in the sand, Republicans were completely blindsided and outnumbered and outspent in the 2019 elections.  It began when Democrat lawyers got a liberal judge to redraw various GOP-held House and Senate districts, which proved fatal Nov. 5.  Plus, millions of dollars were being channeled by liberal groups from Hollywood and New York and other major “blue” bastions to help Democrat candidates.  Combined with the millions from George Soros and Tom Steyer, you had all the ingredients of a shellacking. But again, it’s as if Republican leaders did not see it coming – they just chose not to do much about it.   Or, were self-serving as GOP Senate Leader Tommy Norment was as outlined in this great article

The only good thing going on now in conservative circles in Virginia is the growing number of municipal governing bodies declaring themselves “2nd Amendment Sanctuary Counties” – even though these resolutions are pointless until Richmond actually enacts something to restrict gun rights.  But, it has the potential to formulate a Red Resistance in Virginia. Corporate lobbyists will hopefully become our best friends to preserve right to work, the Dillon Rule and prevent “living wages” and draconian “Green New Deal” ideas.

“New” Virginians have no clue what the Dillon Rule, “right to work” and how “living wages” and Green New Deal ideals will destroy the very prosperity that brought you to Virginia in the first place.  But will the RPV or some other group organize an education campaign in this regard and will the aging ideologues and country club establishment types who control the RPV and units see opportunity and do anything about it?

Again, it’s just easier to keep digging in that hole.

I, for one, am not hightailing to Hot Springs for the Dirge.  I don’t look forward to fighting my way past groupies who will be surrounding Scott Taylor or Nick Freitas, whom I doubt have a chance in next year’s elections.

If I can find a Grim Reaper outfit to wear, I may go.